It's the third serious accident in the last month in the northbound lanes of Highway 69. 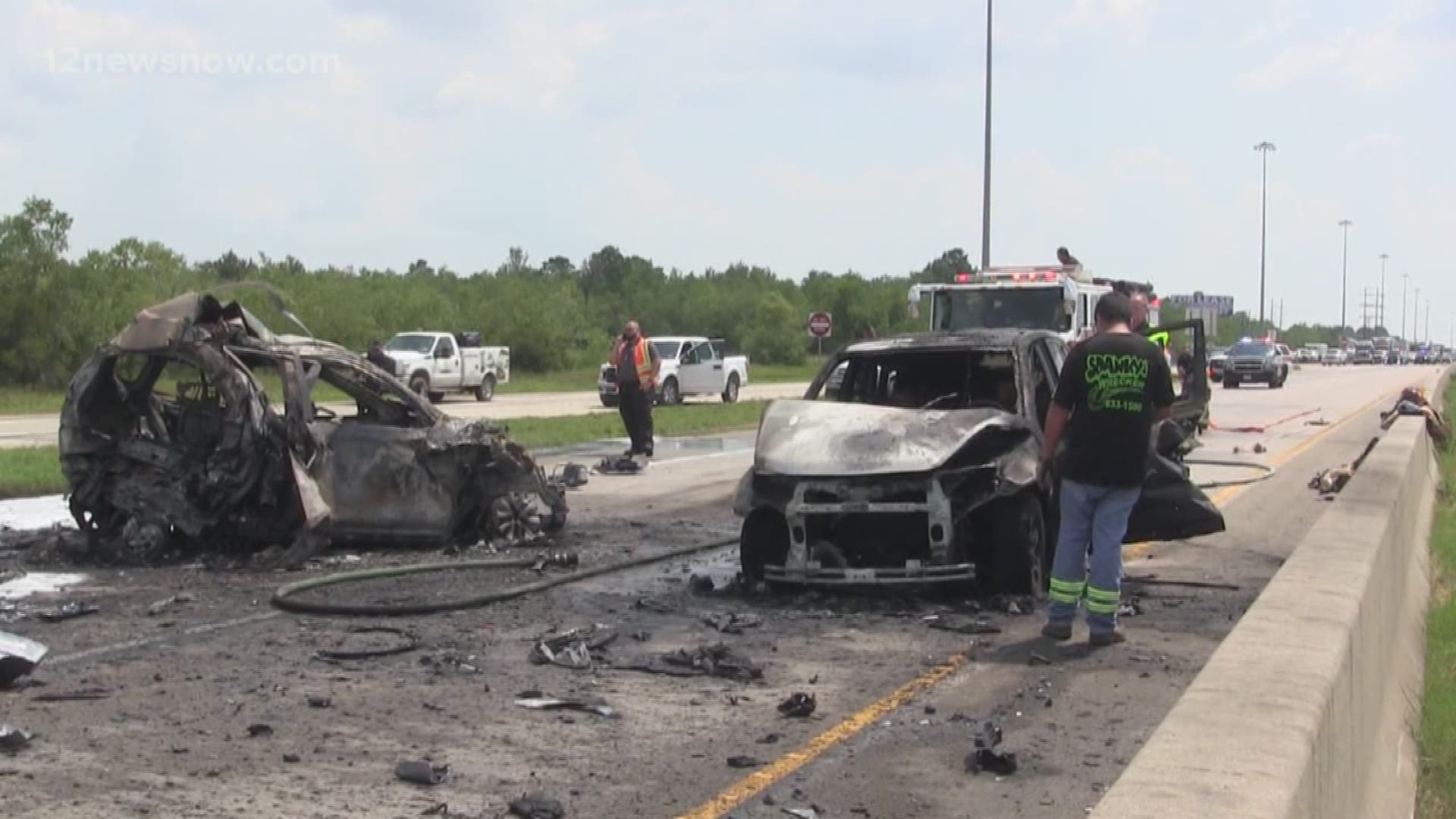 BEAUMONT, Texas — Four people had to be rushed to the hospital Friday afternoon following a fiery crash in the northbound lanes of Highway 69. Beaumont Police tell 12News five vehicles were involved in the wreck that happened around 12:40 p.m.

A police spokesperson said none of the victims injuries are life-threatening at this time.

The accident remains under investigation, according to Beaumont P.D.

This is one of several recent accidents we have covered on the stretch of highway.

Traffic in the area is down to one lane northbound due to construction at the 69 and 347 interchange. You may recall, two separate accidents on the same day tied up traffic for hours about a month ago. Both of those crashes involved dump trucks, and one of the dump trucks caught fire.

Public records from TXDOT show 11 crashes occurred on this particular stretch of Hwy. 69, between the jail and exit for MLK, from January through August. The 11 crashes involved a total of 27 cars, and 28 people were injured.

The construction is part of a bridge maintenance project that started in November of 2018, according to Sarah Dupre with TXDOT. The affected areas are MLK, Silver Plant Rd. and State Highway 347 overpasses.

The southbound lanes were closed for a about a month a few months ago, but have since reopened.

"Now we have the northbound lanes down to one lane for right now, and luckily that will be opening up towards the end of the month," Dupre said.

Dupre said they have a lot of signs out warning of the lane closure in advance. They're urging the public to pay attention, stay off their cell phones, maintain a safe speed, and never drink and drive. It's also important to watch out for other drivers who may not be paying attention.

"What we really want to stress to drivers is that we do have a lot of construction out here in Southeast Texas right now, so it's extremely important to pay attention to the roadway, it may be different than the last time you went through," she said.

"Once an accident happens, I will tell you one thing it packs up, and that's when everybody is in our parking lot," Lancaster said.

The accidents are starting to affect business. He said people try and cut through their parking lot to the point that no customer is able to enter it. People are always telling Lancaster about the horrors of the stretch of road. He said people just don't know how to drive in construction.

"Everybody's in a rush to get home, there's a lot of people road-raging and whatnot, and I hate to see that stuff," Lancaster said.

He wishes more police would patrol the area to help keep things running smoothly, but so far his efforts have been denied.

"I talked to the traffic division of the police not too long ago, they said there's not really much they can do," Lancaster said.

The entire project should be complete in November of this year.