It happened around 4 a.m. Tuesday morning according to investigators 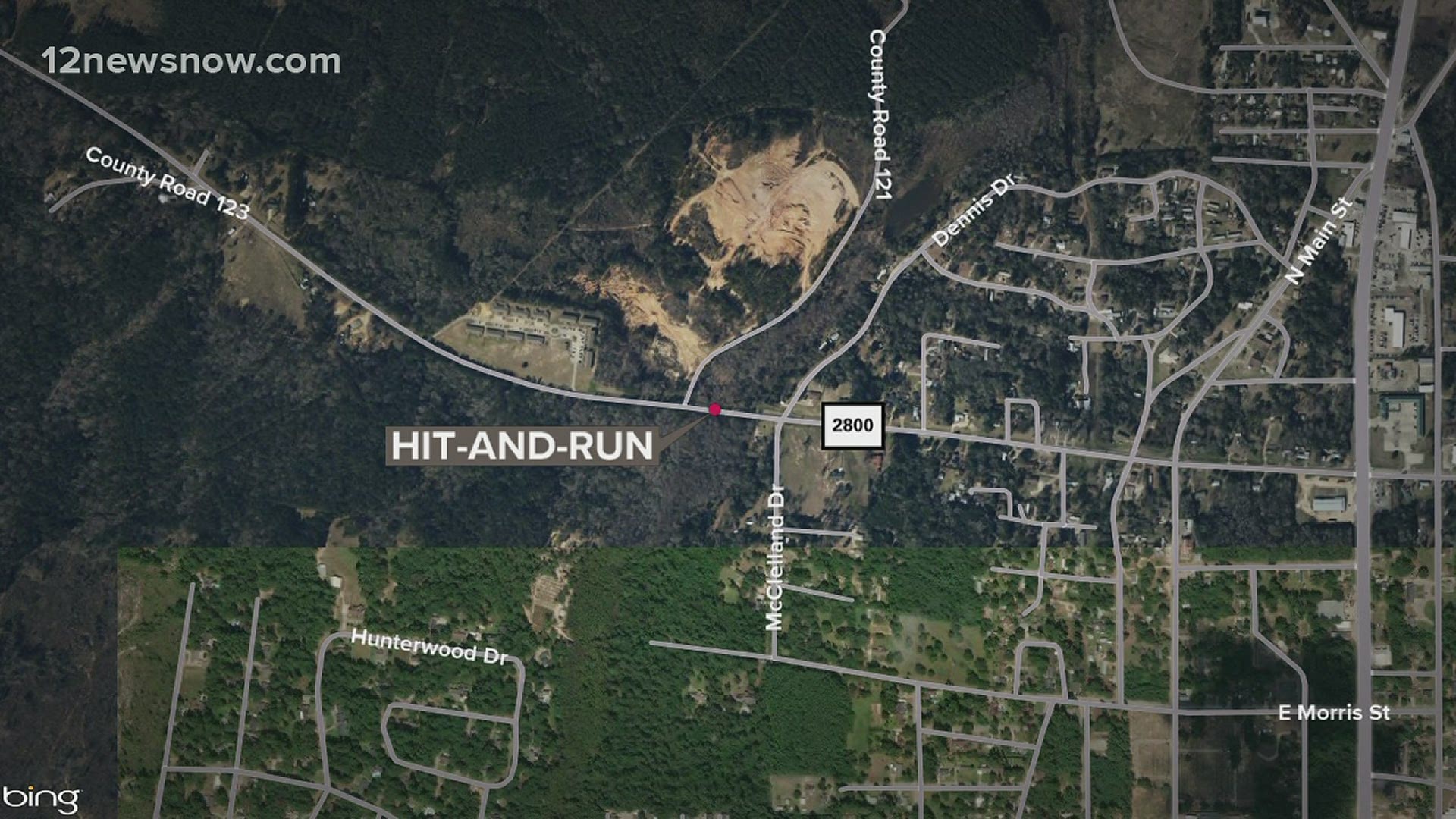 JASPER, Texas — Jasper police officers arrested a 24-year-old man on Tuesday after finding broken pieces of a vehicle at the scene of a fatal hit and run crash.

Samuel died at the scene according to a Jasper Police Department news release.

The broken pieces at the scene helped officers to determine what vehicle the suspect was driving.

The name of the 24-year-old man hasn't been released yet. Police arrested him at Hope Village Apartment Complex in the 700 block of Pollard Street in Jasper.

On Tuesday morning at approximately 3am Officers responding the West Martin Luther King Drive / FM 2800 when it was reported that there was a woman lying on the side of the road just west of Dennis Drive. Officers arrived to find the victim, 30-year-old Tashayna Samuel, lying on the north side of the roadway and it appeared that she had been struck by vehicle that had left the scene. Detectives with the Department were called to the scene and located what appeared to be broken pieces from the suspect vehicle and personal items belonging to the victim.  Samuel was pronounced dead at the scene by Justice of the Peace Brett Holloway.

By using the broken pieces from the suspect vehicle left at the scene, Detectives were able to identify the make, model, and color of the suspect vehicle. Detectives found  the suspect and the 2005 stealth gray Hummer H2 at the Hope Village Apartment Complex located at 700 Pollard Street in Jasper, Texas.  The 24-year-old male Jasper resident, who name not been released pending formal charges and arraignment, was taken into custody after a warrant was issued for his arrest. The suspect has been charged at this time with Felony 2 Manslaughter. This is an ongoing investigation.