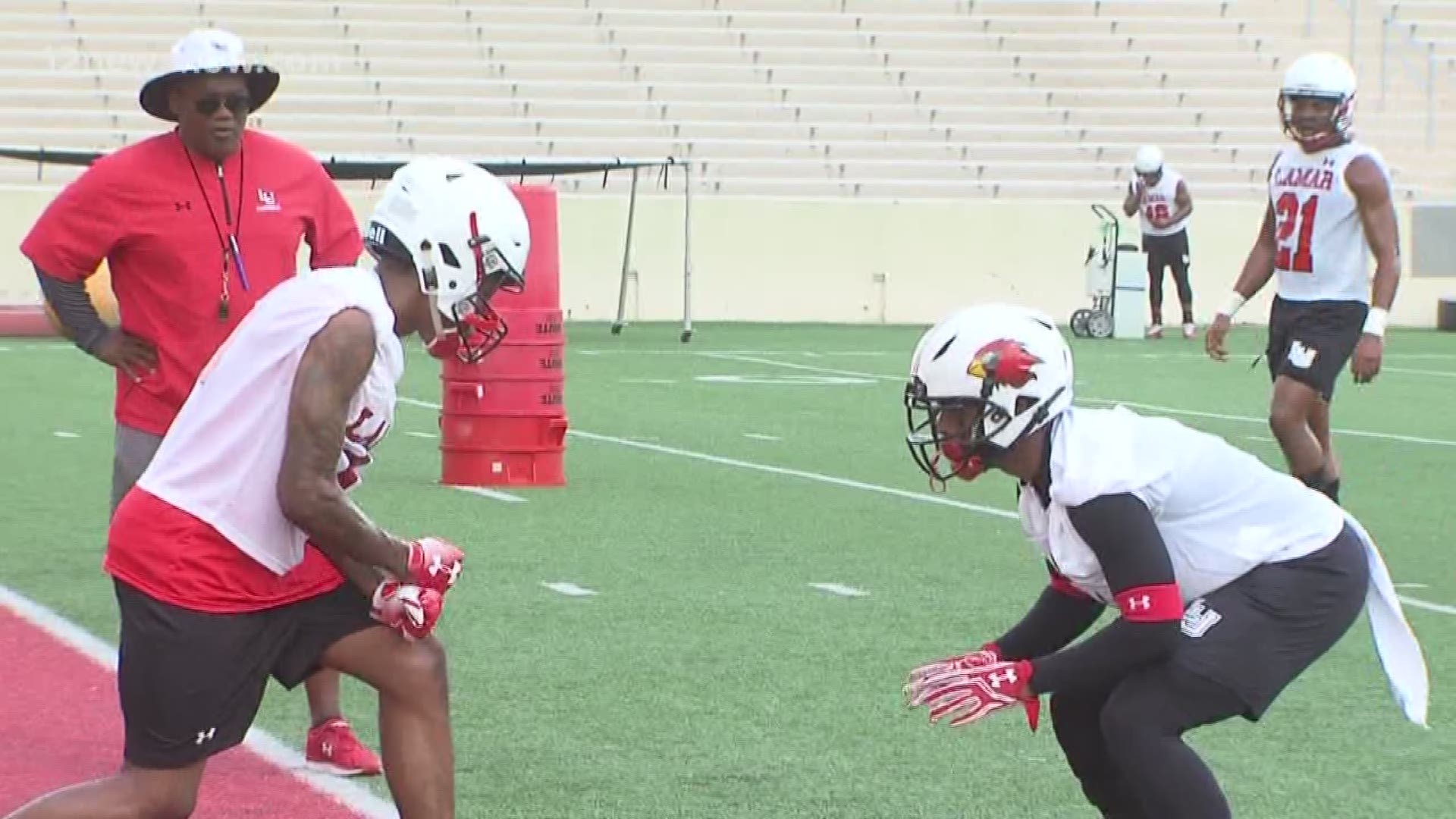 BEAUMONT, Texas — Lamar fans won't have to worry about choosing between Labor Day Weekend fun and attending a football game, as the Cardinals are set to host their first Thursday night game since 1962.

Lamar looks to open the season on a high note against NAIA member Bethel (TN) University after advancing to the FCS playoffs for the first time in program history. Kickoff is set for 7:00 pm at Provost Umphrey Stadium.

The Wildcats are coming off a (10-1) season, and are currently ranked 16th national. Big Red heads into the season out of the FCS Top 25, but are receiving votes.

Also of note, during Coach Mike Schlutz's press conference it was announced that Tennessee quarterback transfer Will McBride has elected to leave the program.