Petition calling for NBA to change logo to Kobe Bryant has more than 1.5 million signers

The current logo features the silhouette of another Lakers great, Jerry West. 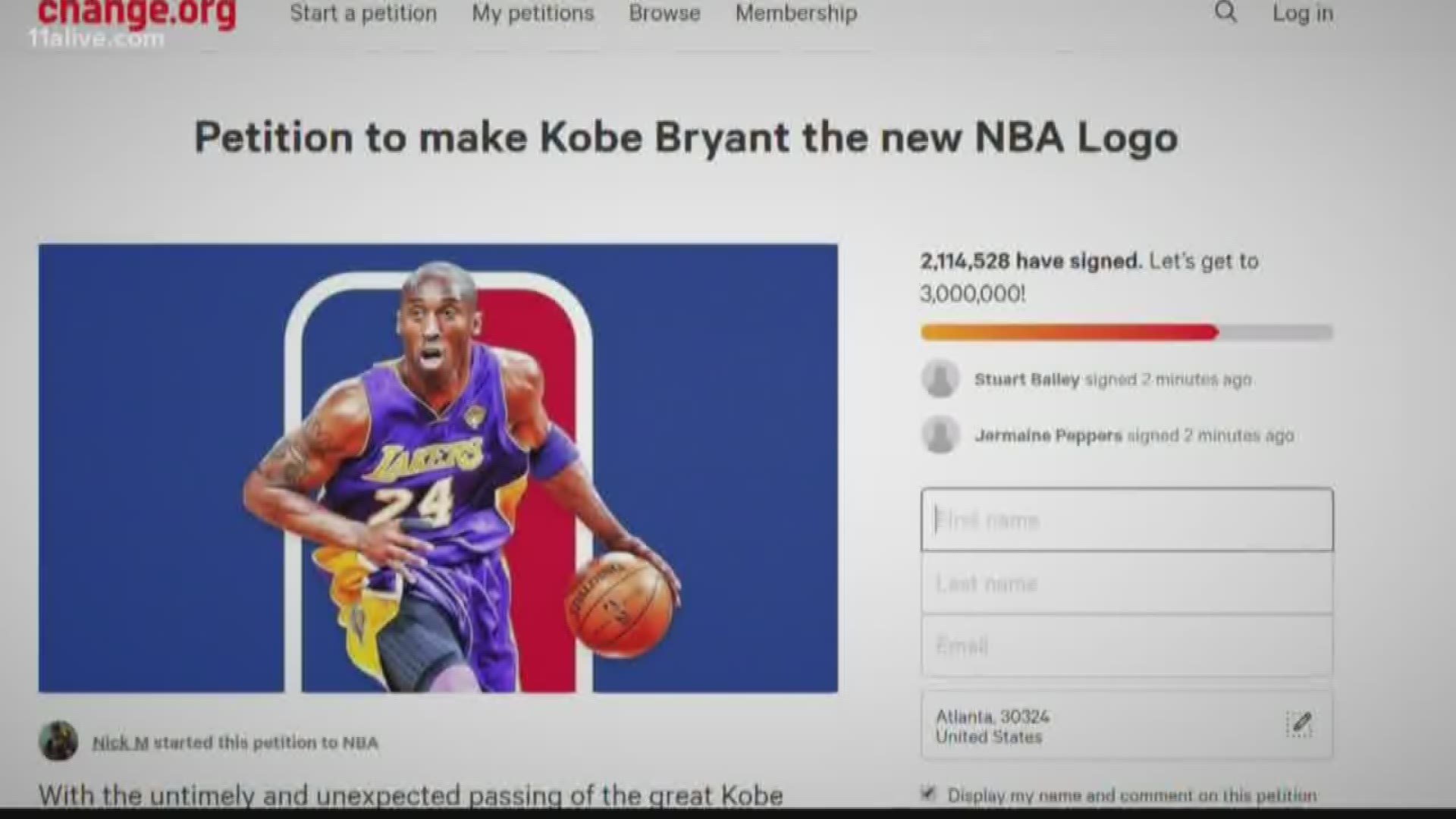 NBA fans are calling for the league to honor Kobe Bryant after the legend's passing by making him the new logo.

The current logo, featuring a silhouette of another Lakers great, Jerry West, has been in use for a little more than 50 years.

Fans are saying it's time for a change, though, in the wake of Bryant's death. The popular basketball Twitter account Hoop Central wrote Sunday, "The NBA needs to change the logo to Kobe Bryant," and has received more than 93,000 likes.

A change.org petition posted around the same time has cleared 1.5 million signatures as of Tuesday morning, and continues to gain steam.

"With the untimely and unexpected passing of the great Kobe Bryant, please sign this petition in an attempt to immortalize him forever as the new NBA logo," the petition reads.

The post's author, listed as Nick M of Vancouver, Canada, wrote an update soon after as it started to gain traction.

"The support on this petition has been out of this WORLD. I want to deeply thank everybody who contributed through signing and donating to the petition," he wrote. "When I started this I didn’t expect much to come out of it my goal was 100 signatures at best. We are now at 16,000! I hope with our effort that our dream does come true and we are able to see Kobe Bryant engraved into the NBA Logo. Let’s continue to spread this petition out! And as Kobe would’ve said, 'Mamba out.'"

'He was with me tonight': Trae Young provides echoes of Kobe Bryant in Hawks win

'You got this': Kobe Bryant knew his daughters would be his legacy - years before his death