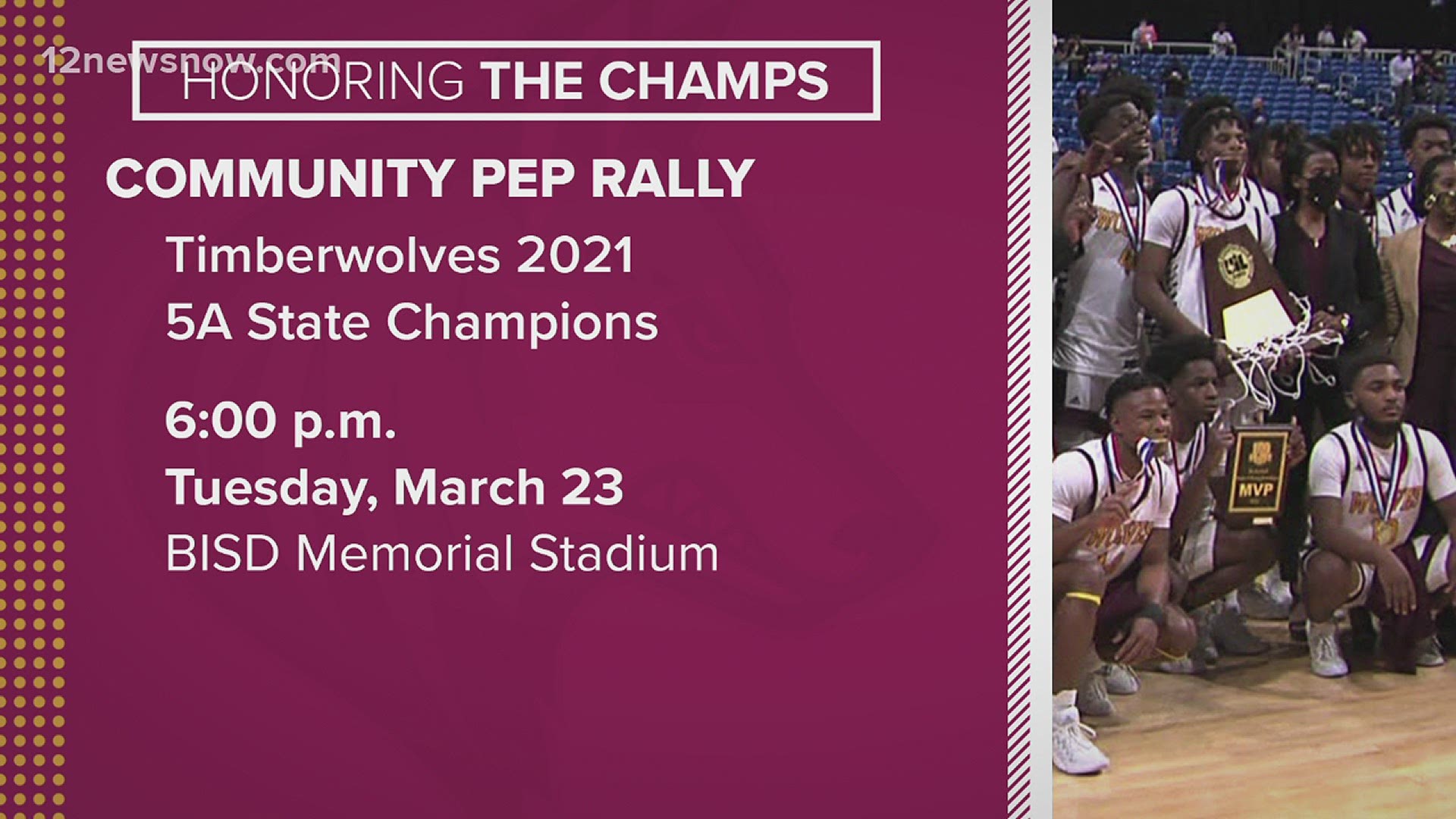 BEAUMONT, Texas — A community pep rally has now been set to celebrate the Beaumont United Timberwolves who won the 5A state basketball championship Friday.

The city is still buzzing over the game-winning shot —  the type of shot you see celebrated in movies. Terrance Arceneaux fired a 3-pointer at the buzzer to win the game against Dallas Kimball in the Alamodome.

The win capped off an undefeated season for the Timberwolves — who in only three years captured a state title.

The state championship is also significant because it is the first boys title win in 20 years for Beaumont.

The celebrate the win and season, a community pep rally is set for March 23 at 6 p.m. at BISD Memorial Stadium.

"You know it's special," Beaumont United coach David Green said. "Once we were undefeated at the end of the year, I said, 'Man, we can actually do this!' We're 31-0. We will be remembered."

Organizers wanted to celebrate this week, but because of Spring break, moved the pep rally back a week.

They're hoping the whole community comes out to celebrate the state champs!