Gator with knife in head spotted swimming in Houston lake

"I don't want to see an alligator swimming around with a knife in his head and suffering." 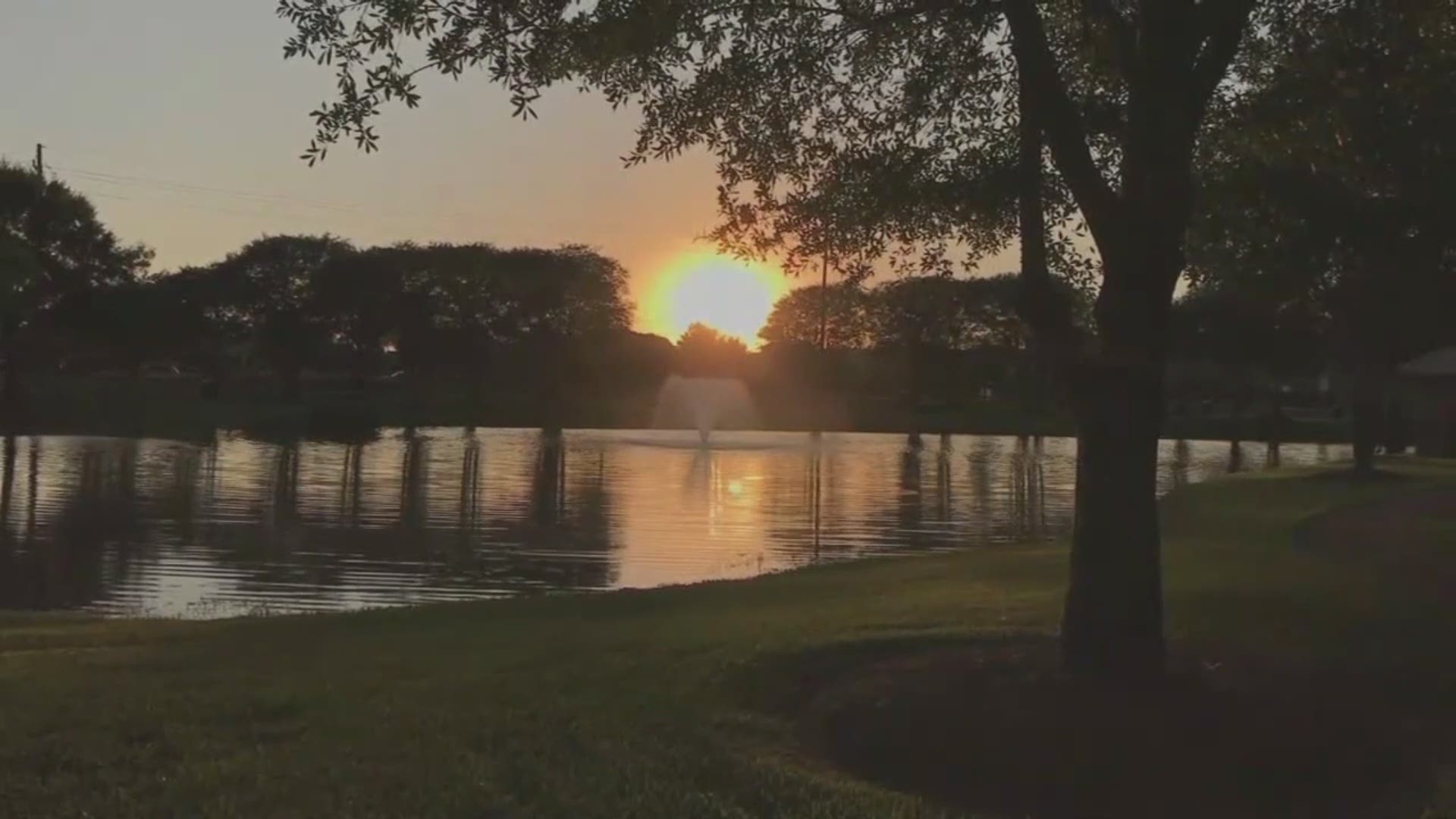 HOUSTON, Texas — A Texas woman who took a photo of a live alligator with a knife in its head said she and her neighbors are concerned about the animal's well-being.

"I feel like somebody did this on purpose," said Erin Weaver, who took the photo of the animal.

Weaver, who has been living in the community for six years, told KRTK she sees alligators "almost every morning."

"Never have I seen them aggressive or even defensive," she added. "If you walk by and startle them, they just go under water."

The photo of the alligator with the knife in its head had been circulating on social media, and neighbors who saw it wanted to help.

"I don't want to see an alligator swimming around with a knife in his head and suffering," Weaver added.

According to Weaver, a Texas Parks and Wildlife game warden is expected to evaluate the alligator on Monday.

Brazos Bend State Park Attendant Chris Bishop told KRTK the gator isn't in pain and could live with the knife in its head for some time.