The tit-for-tat closings marked a significant escalation in disputes between the two countries over issues like trade, technology, security and human rights. 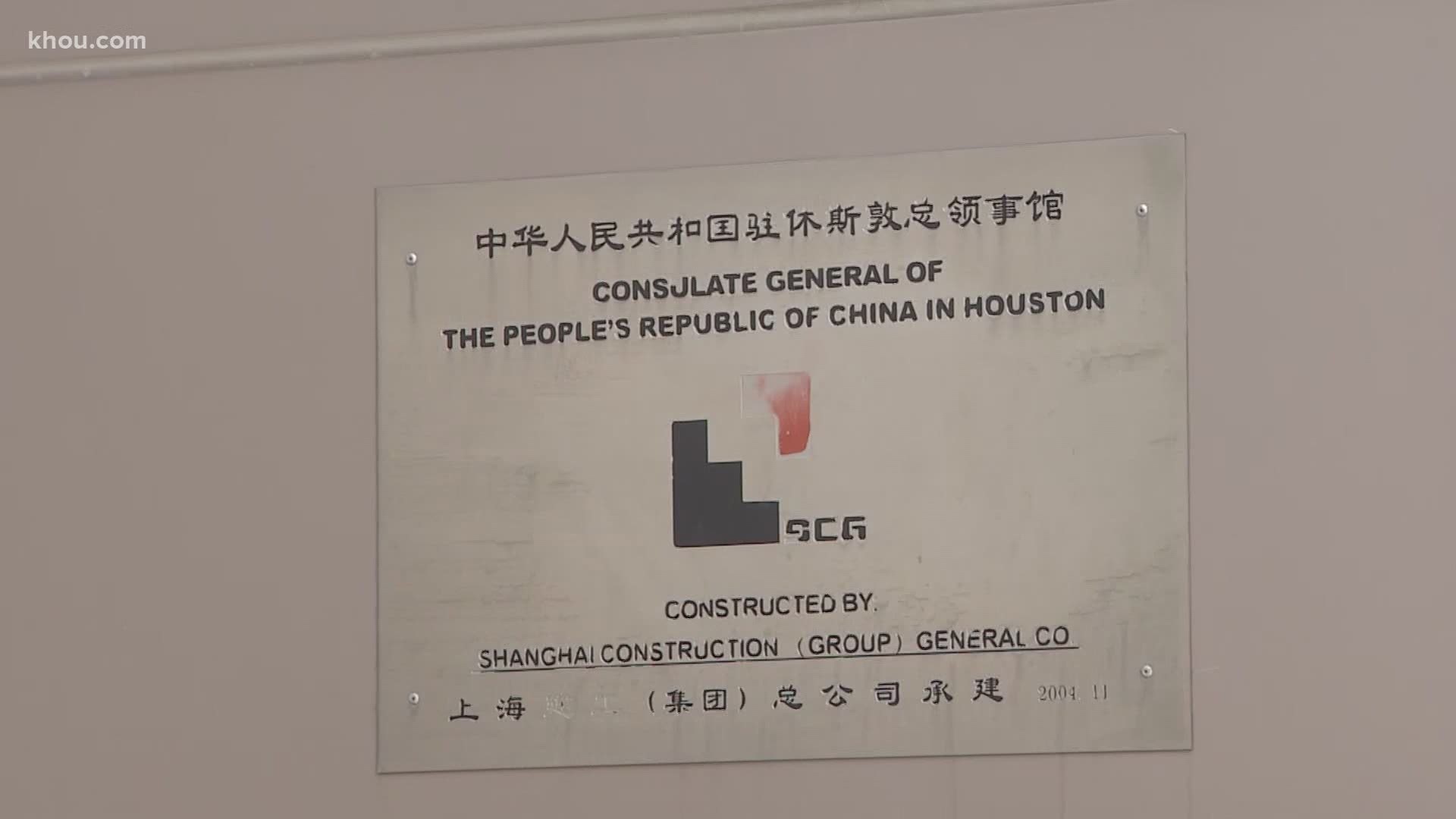 CHENGDU, Sichuan — The U.S. closed its consulate in the southwestern Chinese city of Chengdu on Monday, a victim of the rising tensions between the global powers.

China ordered the mission closed late last week in retaliation for a U.S. order to shut down the Chinese Consulate in Houston earlier the same week.

The tit-for-tat closings marked a significant escalation in the multiple disputes between the two countries over a range of issues, including trade, technology, security and human rights.

A statement from the State Department said that the Chengdu consulate suspended operations at 10 a.m.

“The consulate has stood at the center of our relations with the people in Western China, including Tibet, for 35 years," the statement said. “We are disappointed by the Chinese Communist Party’s decision and will strive to continue our outreach to the people in this important region through our other posts in China.”

The U.S. has four other consulates in China and an embassy in Beijing.

The American flag was taken down at the Chengdu mission at 6:18 a.m., China's state broadcaster CCTV said on its social media account.

RELATED: China tells US to close consulate in Chengdu in retaliation

Police closed off a two- to three-block area around the consulate, cutting off virtually any view of the property including the flag. A few vehicles were allowed through after police checks, and others could be seen moving in the distance.

Before the area was closed, the impending closure of the consulate drew a steady stream of onlookers over the weekend as Chengdu, like Houston, found itself in the limelight of international politics.

People stopped to take selfies and photos, jamming a sidewalk busy with shoppers and families with strollers on a sunny day in the city of Chengdu, the capital of Sichuan province. A little boy posed with a small Chinese flag before plainclothes police shooed him away as foreign media cameras zoomed in.

Police had shut the street and sidewalk in front of the consulate and set up metal barriers along the sidewalk on the other side of the tree-lined road.

Credit: AP
Chinese policemen prepare for duty around a neighborhood sealed off before the official closure of the United States Consulate in Chengdu in southwest China's Sichuan province, Monday, July 27, 2020. China ordered the United States on Friday to close its consulate in the western city of Chengdu, ratcheting up a diplomatic conflict at a time when relations have sunk to their lowest level in decades. (AP Photo/Ng Han Guan)

Uniformed and plainclothes officers kept watch on both sides of the barriers after scattered incidents following the Chengdu announcement on Friday, including a man who set off firecrackers and hecklers who cursed at foreign media shooting video and photos of the scene.

A man who tired to unfurl a large placard late Sunday that he called an open letter to the Chinese government was quickly taken away.

Earlier, a bus left the consulate grounds and what appeared to be embassy staff spoke with plainclothes police before retreating back behind the property's solid black gates. It wasn’t clear who or what was on the bus.

Three medium-size trucks arrived and left a few hours later, and cars with diplomatic plates departed in between.

The U.S. alleged that the Houston consulate was a nest of Chinese spies who tried to steal data from facilities in Texas, including the Texas A&M medical system and the University of Texas MD Anderson Cancer Center in Houston. China said the allegations were “malicious slander.”

RELATED: Chinese researcher charged with US visa fraud is in custody