There's a pesky bug taking over Southeast Texas, causing many concerns for those living in Vidor. 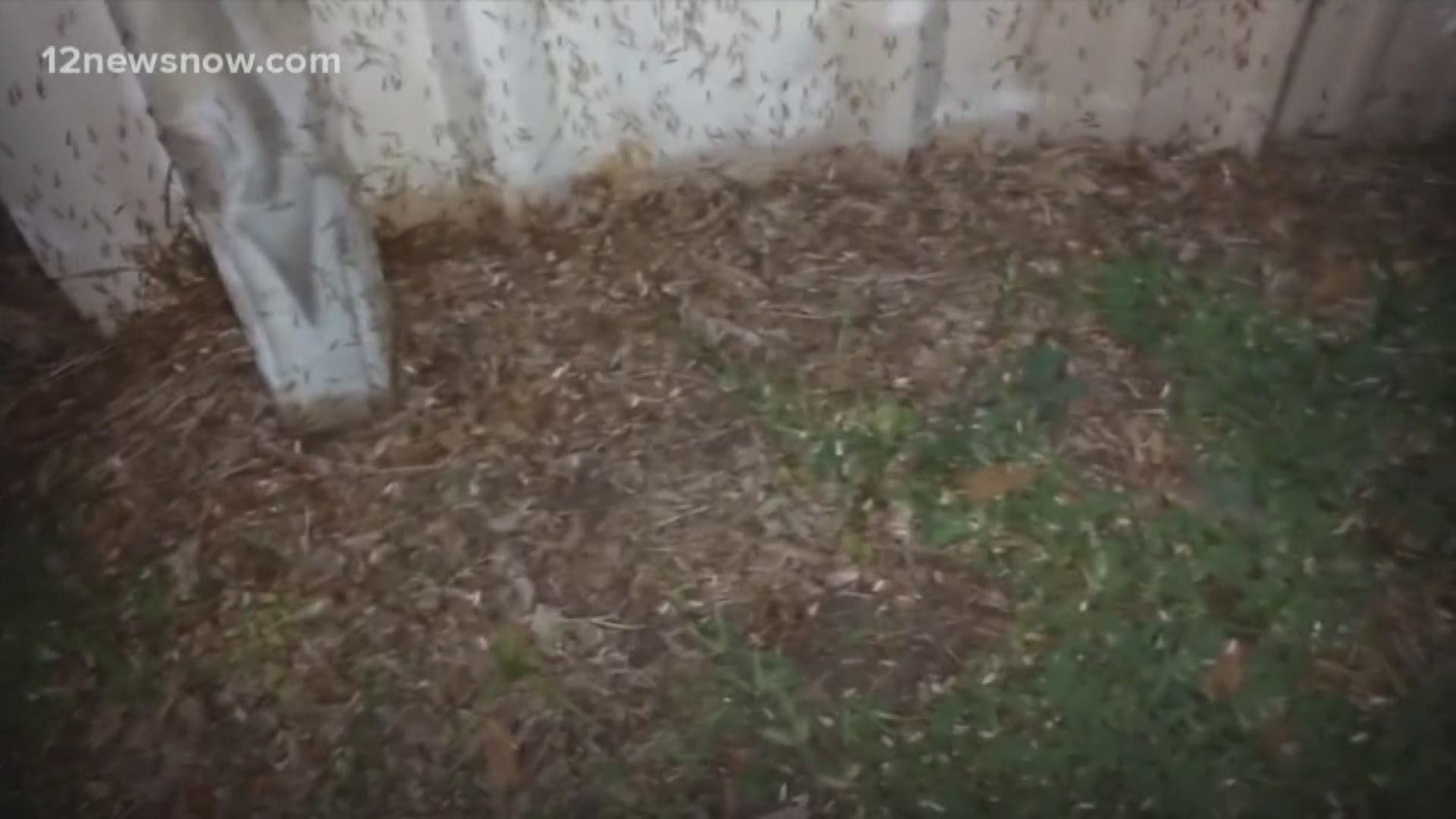 VIDOR — 12News received a flood of calls about termites swarming the area, and this pesky problem appears to be interfering with America's favorite pastime, baseball.

"The kids were dodging the bugs trying to make a play and it's something I've never seen in my life," says Ashley Castolenia, board member at the Vidor Youth Baseball League.

She says it was an unusual sight to see the thousands of termites swarm onto the field as soon as the lights came on.

"Everyone was swatting bugs, making sure they didn't eat one while making the call," Castolenia says.

The bugs are causing a health concern for parents like her.

"Bugs were trying to get in their ears," she says.

"We were knocking them off our clothes," Castolenia explains.

Doctor Ali Osmond, physician at Baptist Hospital of Southeast Texas says bugs like flying termites can lead to an infection.

"The biggest danger is a painful and very uncomfortable feeling in your nose or ear,: Doctor Osmond explains.

He says the best thing to do is seek medical treatment to take them out.

"You cant just try to scoop it out with some household item," he says.

He says poking it out with house hold utensils could cause significant damage to the nose or ear.

This termite trouble is an extra concern for parents like Castolenia.

"Everybody needs to be prepared and take extra precaution," she says, hoping this group of termites doesn't swarm their wallets with any medical expense.