President Joe Biden broke his silence Monday and stood by his decision to pull U.S. troops from Afghanistan 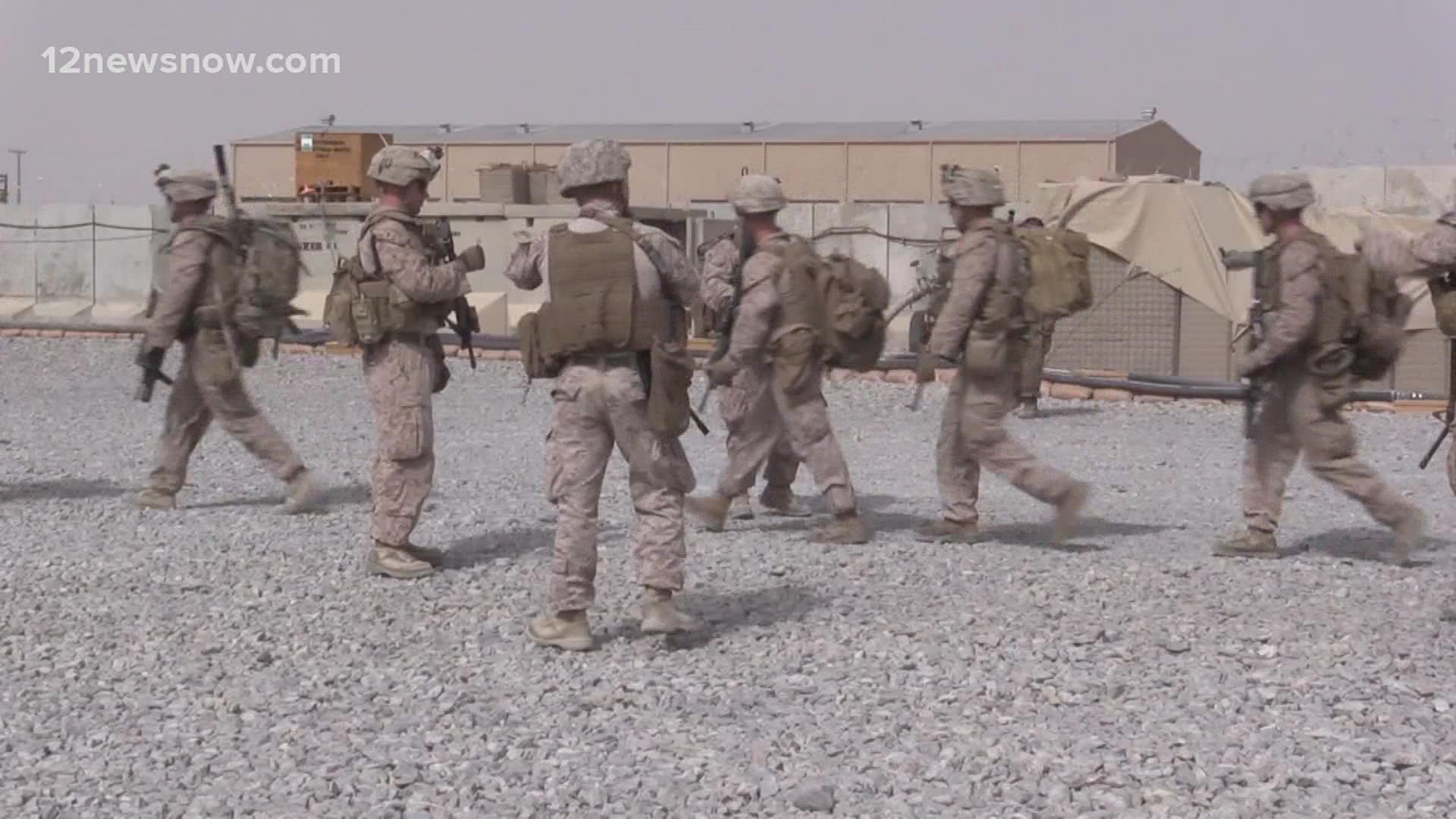 KOUNTZE, Texas — President Joe Biden broke his silence Monday and stood by his decision to pull U.S. troops from Afghanistan saying in part, “I stand squarely behind my decision after 20 years. I've learned the hard way that there was never a good time to withdraw U.S. forces.”

While Biden does stand by his decision, he said the Taliban takeover happened much faster than he expected.

Southeast Texas veterans voiced their frustrations about the current situation and questioned the logic, saying everybody saw the Taliban takeover coming.

“We seen it back in June,” Derrick Poe, Southeast Texas army veteran, said. “They started fleeing checkpoints and abandoning outposts, and this was in Kabul, the heart of their government.”

Poe served in Afghanistan and worked as an U.S. Embassy contractor in the summer of 2021. Monday afternoon, Poe watched Biden address the nation, backing his decision to remove U.S. troops from Afghanistan.

The president lost hope that the Afghan military was willing to hold up their end of the deal saying in part, “American troops cannot and should not be fighting in a war and dying in a war that Afghan forces are not willing to fight for themselves.”

Another former U.S. Embassy contractor said he is worried about the Afghan locals he befriended during his time there.

“I got mad and upset because of the fact of how much time we spent over there, the work that's been done,” PJ Tinsley, former U.S. Embassy contractor, said. “It may not happen immediately, but you know, something bad is going to happen to those people and their families because they helped the Americans in some aspect.”

However, the blame for this situation does not fall on U.S. shoulders, both former contractor said.

“We didn’t go there as conquerors,” Derek Poe said. “We went in to set up infrastructure. We did a lot of great things. Colin Powell said it best, 'The only land the U.S. asked for abroad was the land to bury our dead.' The U.S. military and the American government for that matter has nothing to be ashamed of for what we did over there."

Biden finished his Monday address by saying the remaining U.S. diplomatic presence has been moved to an airport in Kabul, and the U.S. is maintaining focus on counter terrorism as the Taliban takes control weeks before the 20 year anniversary of 9/11.