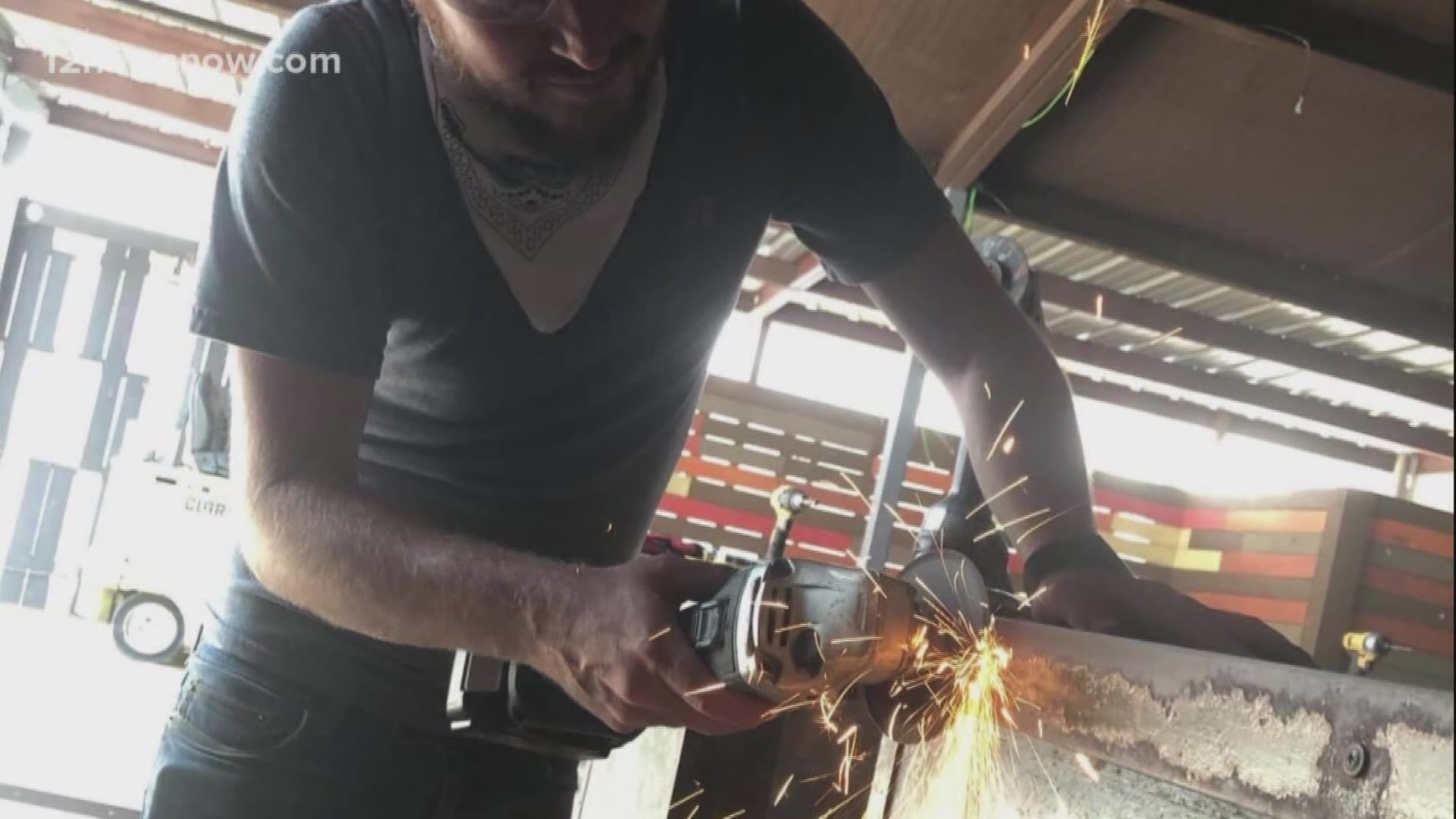 BEAUMONT, Texas — Even during the COVID-19 pandemic, there are some Southeast Texas restaurants that have a reason to smile.

On Calder Avenue, what was once Luke's Icehouse officially became Doc's Yardhouse earlier this month.

Eric Beasley, the corporate chef, says they're "happy that the City of Beaumont has stood behind [them]."

Transforming into Doc's were in the plans well before the COVID-19 outbreak.

He tells us opening at 25% capacity isn't a bad thing, with where they're at right now.

"It is right now, certainly it helps us build our to-go business as well as delivery," Beasley said.

Across town at Madison's, a new look is also in the works, for the 16-year establishment.

"Our reaction basically to each other was let's just start working. There's not enough things to do when you're only doing to go," Valvano said. "It not only kept the staff employed, it kind of kept morale up."

Employees helped paint and reconstruct the restaurant while business slowed down due to restrictions.

The two restaurants aren't the only ones keeping busy.

According to 12News' partners at the Beaumont Enterprise, Mackenzie's Pub and J Wilson's are working on expansions.

Both Doc's and Madison's will have new outdoor patio areas (including new games, seating & stage) for families to enjoy.

The two of them are expected to be finished with construction in June.

In Nederland, the same renovations for Doc's are taking place right now at the other location formerly known as Luke's.

"We really want to have a place to bring their families, I think that's missing," Beasley said.

Southeast Texas doctor says not enough people are wearing masks, 'It's not hard to do, just put one on'