When the weather forced refiners and petrochemical plants to shut production down those shutdowns led to flaring. 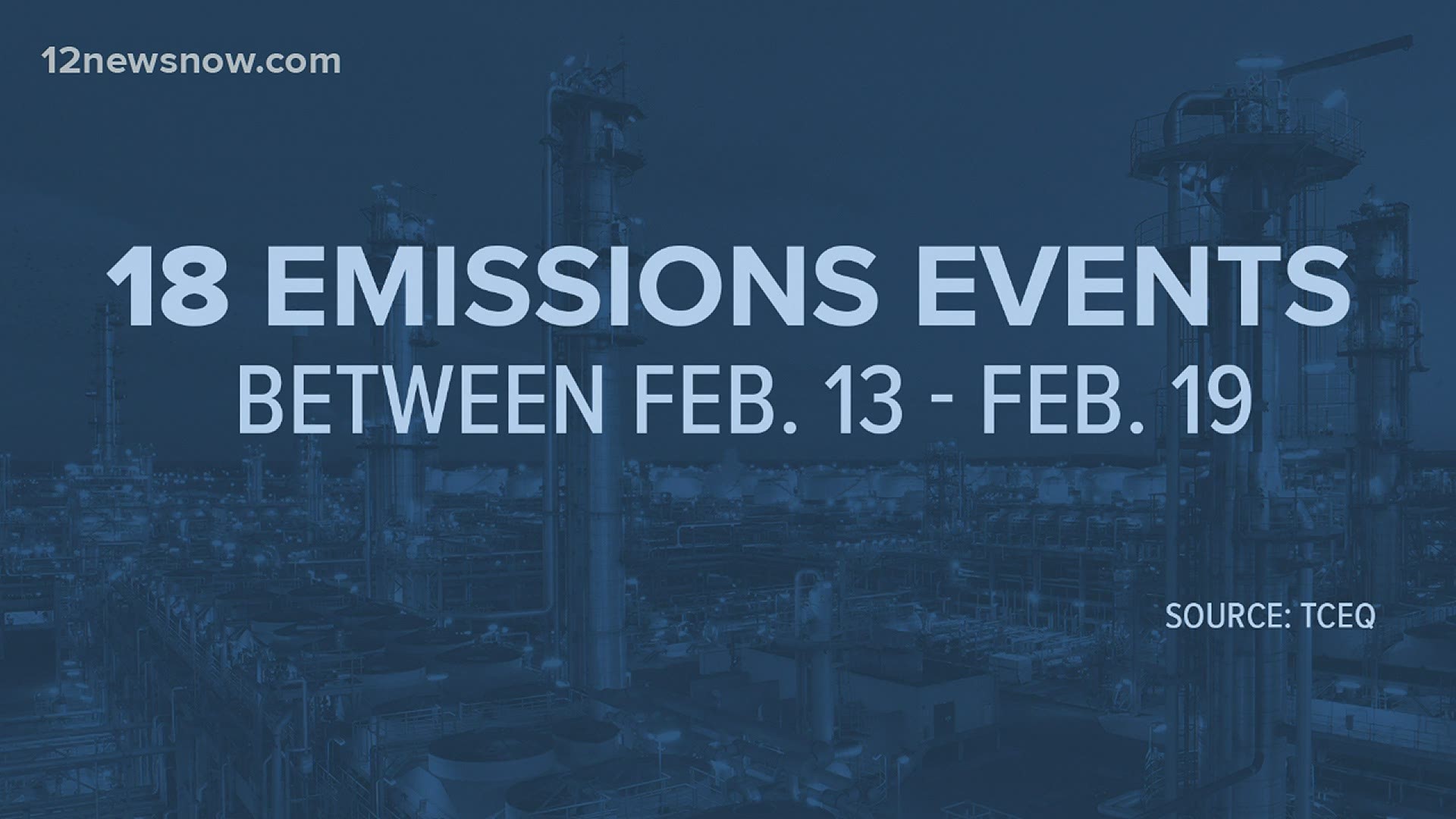 BEAUMONT, Texas — Last week’s deep freeze had a major impact on refiners and petrochemical plants around the state forcing unexpected shutdowns at some facilities.

Gas prices in the state are expected to spike as a result but we’re beginning to see more fallout from the storm in the form of the environmental effect some of those forced shutdowns may have.

When the deep freeze forced many refiners and petrochemical plants to shut production down those shutdowns led to flaring which are considered to be emissions events.

Publicly available data from the Texas Commission on Environmental Quality is showing details about what was released and why.

In Jefferson County between February 13 and February 19, 2021 there were 18 “emissions events” reported to the TCEQ.

Some of the companies reporting “emissions events” in the county are Chevron Phillips, ExxonMobil, Motiva, Total and Valero.

A wide variety of chemicals, including benzene, butane, methane and propane VOCs are included in reports to the TCEQ and  all of the companies have cited the winter storm as a cause of the “emissions events.”

There are "200 air monitoring stations across the state that provide data needed to measure compliance with federal air quality standards and help determine the causes, nature, and behavior of air pollution,” a TCEQ  spokesperson told 12News.

Here's a few of the "emissions events" currently listed on the TCEQ site...

The TCEQ reports have preliminary data that shows just how much of a certain chemical was released during an emission event.

The TCEQ will use the data collected during on-site air monitoring which began in the area today as well as data provided by each company to determine exactly what and how much was released into the air.