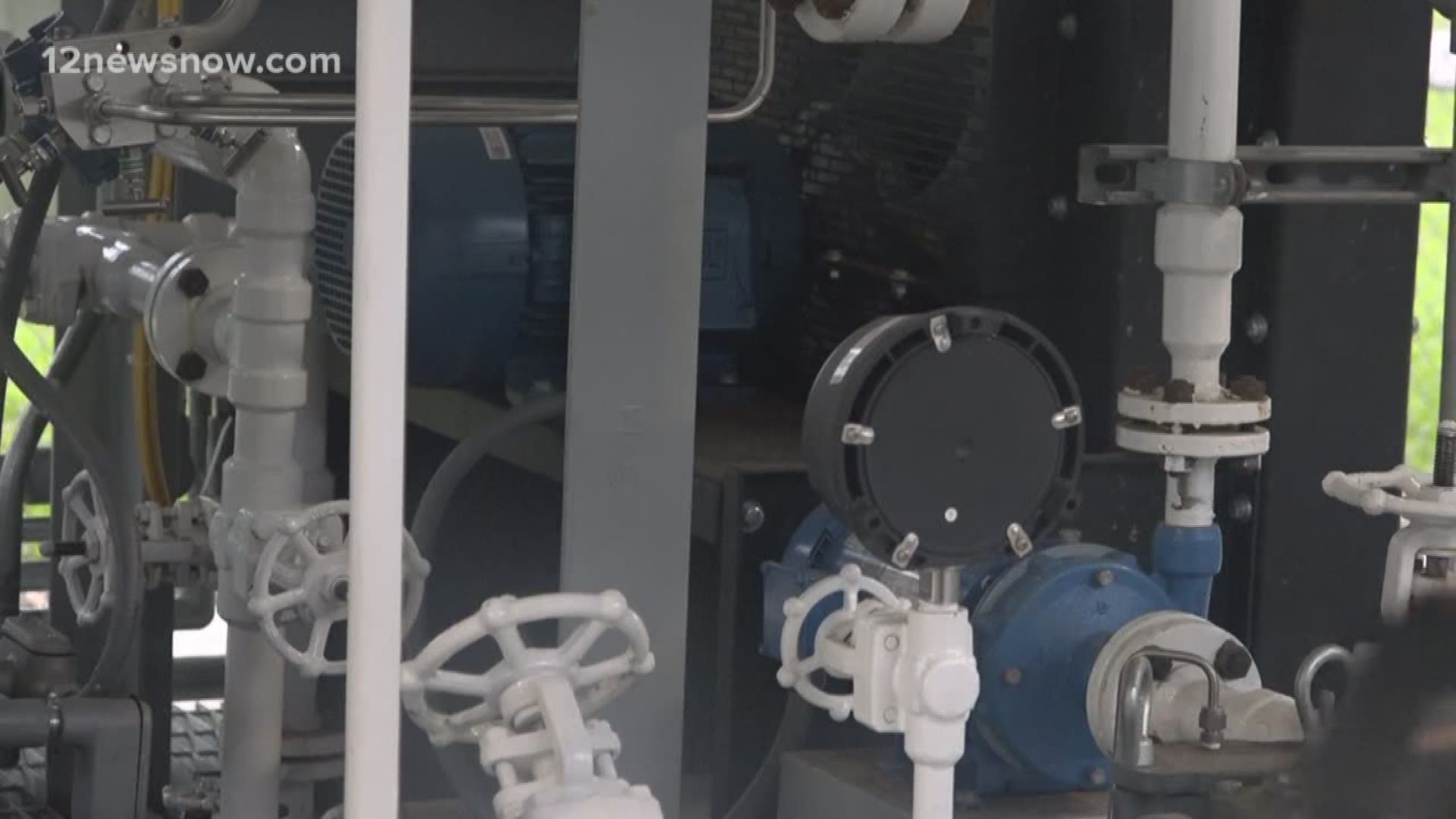 PORT ARTHUR, Texas — Lamar State College Port Arthur is now home to one of four petrochemical training units of its type in the United States.

With the help of Motiva, LSCPA now has a new tool to help train its students for the workforce.

The college held a ribbon-cutting ceremony for the 'Motiva Petrochemical Training Facility.' The two units that make up the facility offer hands-on training with equipment that makes up what one official referred to as “a complete refinery operation right here at the college," according to a news release from the school.

"It's the only one at a technical college, all of the others are at largest universities. So we're very excited about bringing this technology here," Dean of Technical Programs Dr. Melissa Armentor said.

Thanks to a big grant from the Economic Development Corporation and Motiva, students there will now be able to get real hands-on training.

The naming rights were presented to Motiva after the company donated $250,000 toward the project in its earliest stages in January 2019.

"We're going to be training the future workforce of Southeast Texas, and to be able to do that we need the best equipment possible," Dr. Armentor said.

Joel Hernandez is about to graduate from Lamar State College Port Arthur in December. He says even though he didn't have the access incoming freshman will have, he says this new state-of-the-art equipment is a game changer for the entire college.

"I had no hands-on experience so having this would boost everyone's opportunity to get out there in the industry and to work," Hernandez said.

The training will also look great on a resume.

"Everybody especially the people that are graduating with me are kind of like man we wish we would've had this in the beginning. But the freshman are super excited to finally be able to get hands on training," Hernandez said.