Pinehurst firefighters resign due to frustration with city administration

Chief Branham told 12News the city administrator cut off a number of calls for firefighters to respond to in an effort to save money.
Author: Raegan Gibson, KBMT (12NewsNow), Tyler Seggerman
Published: 8:47 PM CDT July 27, 2020

PINEHURST, Texas — The entire Pinehurst Volunteer Fire Department made the decision to resign after frustrations with the city's administration hit a tipping point.

Nine men and women arrived to the station Monday evening to drop off their gear for the last time.

This result dates back weeks of conflict between firefighters and Pinehurst city administration.

"This will be the third time we've tried this. I'm done, you're not going to make me lose any more sleep!," Chief Shon Branham said.

The Pinehurst Volunteer Fire Department began a contract with a new dispatch service in Bridge City on July 1.

"They're going to bicker over less than $100 a month, that's ridiculous," Branham exclaimed.

During a meeting between Branham, Hood and others last month, Branham told 12News the city decided to eliminate certain calls, deemed "unnecessary" for the fire department to respond to:

Since June 16, first responders at Pinehurst Volunteer Fire Department have not been able to go to those types of calls. (Acadian has been responding)

"I'm sorry, I beg to differ. It's a necessary call, we are first responders," Branham said.

With every volunteer now gone, Pinehurst resident Thomas Conway says no longer having these men and women serve the city is "Bottom line scary."

Conway told 12News that these first responders have helped save his mother several times after she's had a stroke.

"There's been times where we've needed assistance and this fire department was the first to respond, way ahead of Acadian," Conway said.

He questions why the city would do this now in the middle of a pandemic.

"We in the middle of an uncertain time and one of our main resources, you're telling them not to respond," Conway told 12News.

He also claims he was cutoff by city officials when trying to share his concerns with them. 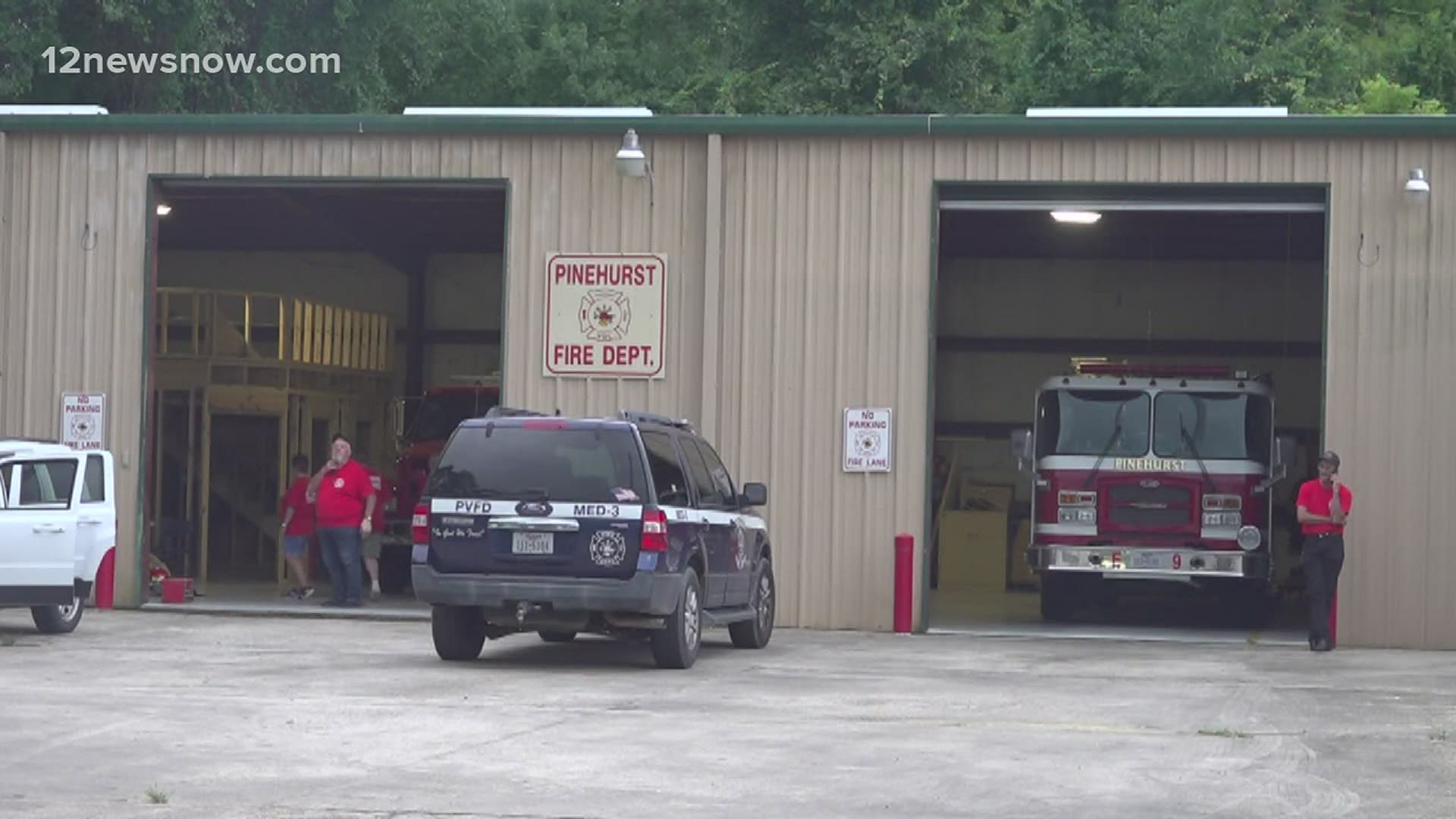 The volunteer fire department even created a petition to try and change the city's mind, but to no avail.

"We save property and lives, but we can't get any help from anybody from across the street over there," Branham emphasized. "I'm done with grief, I ain't getting paid for this!"

Branham, whose served as Pinehurst's chief for nearly a decade, told 12News he's also had to fight the city for new equipment.

Shortly after the resignations, Branham got on the phone with Bridge City dispatch and encouraged them to direct 911 calls (inside the city of Pinehurst) to West Orange or Bridge City if firefighters are needed.

Pinehurst administrator Jerry Hood tells 12News he is "disappointed and disheartened in the blatantly false information" Branham has been relaying to the media and citizens of Pinehurst.

BREAKING: The entire Pinehurst Volunteer Fire Department have decided to resign after frustrations with the city’s administration. Nine men & women dropped off their gear at the station Monday evening for the last time. I’ll have more details coming up on @12NewsNow at 10. pic.twitter.com/15twbloKal

Daisy the St. Bernard becomes the rescued instead of rescuer on mountain

People are getting mysterious seeds in the mail from China; states warn you should report them, not plant them