Little Cypress Elementary reopens for the first time since Harvey

Students were unable to return to the campus, forcing Pre-K through second grade to relocate to North Orange Baptist Church, and third grade to Little Cypress Intermediate. 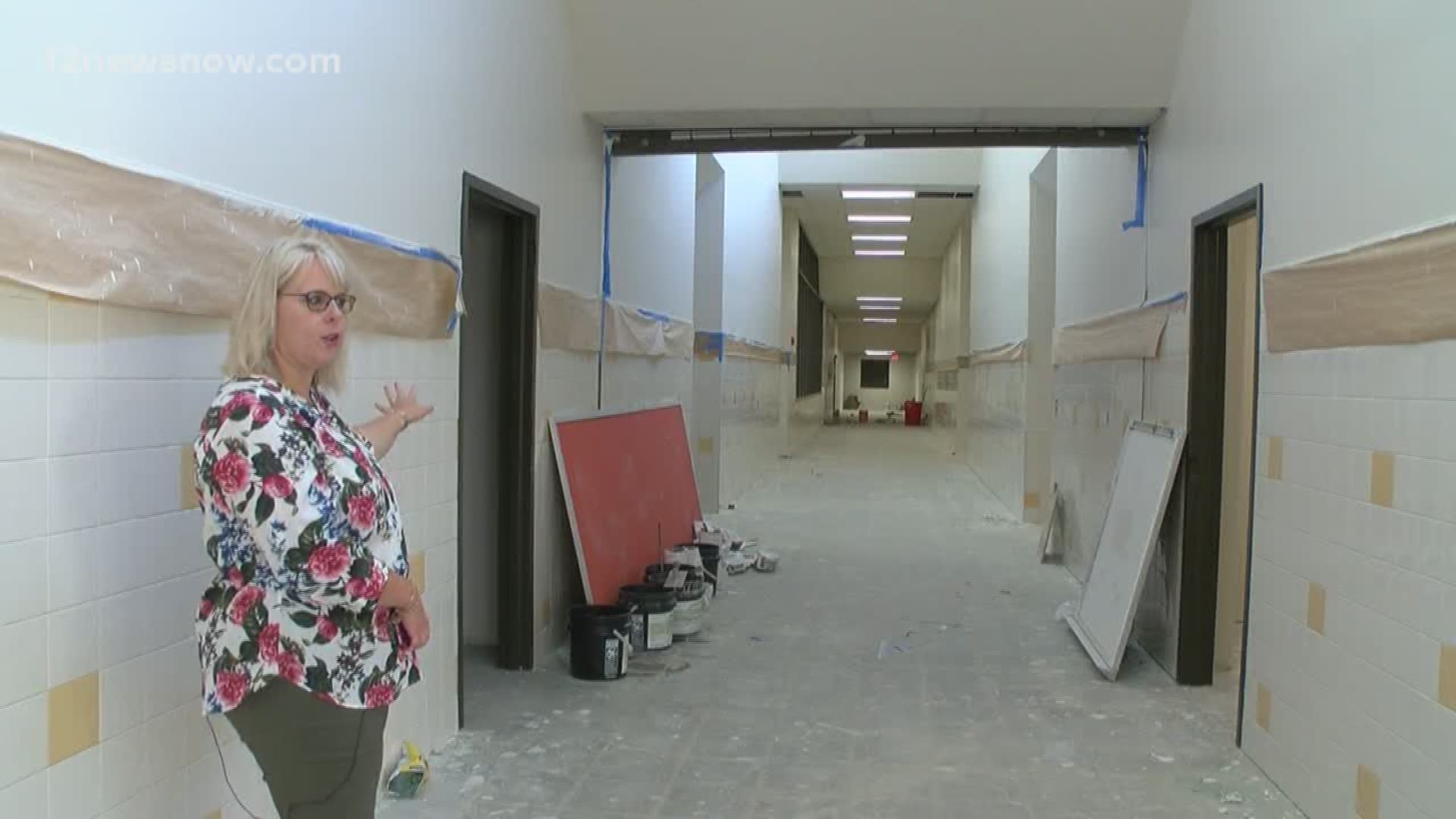 ORANGE — When Harvey hit last year, it left a little under two inches of water in Little Cypress Elementary School. After evacuating everyone, the building was closed for a week. That's when the mold set in.

Students were unable to return to the campus, forcing Pre-K through second grade to relocate to North Orange Baptist Church, and third grade to Little Cypress Intermediate. That's where they've been located since the storm.

Kayla Casey is starting her ninth year as Principal of Little Cypress Elementary. She said for months now, they've been working tirelessly to get the school ready.

"They were able to take out the panelling, we have the nice beautiful tall walls now, all of the classrooms are getting a redo, new cabinets are going in, new bookshelves, those types of things. Our library's totally being reconstructed and with that we were able to make some changes to the front office," said Casey.

Now, they're very close to having everything back in order for the first day of school August 27th. One of the items left on the list before the project is complete is installing security doors. The doors will secure the building and keep intruders out. No one will be allowed into the main part of the school unless they are given clearance.

Casey said she is very proud of the way the community has worked together to make sure the students get an education despite the relocations. She said a firm foundation is important for a well rounded education.

"When the kids have that foundation they establish into a routine and have a much smoother transition everyday, and that enables for a better learning environment," said Casey.

"She was very excited when she saw her classroom before the storm and she was disappointed to find out about the flood, but the church did a great job with their accommodations," said Stroud.

While the school worked hard to give the students the best possible education, she's looking forward to Macy being back in a traditional classroom.

"It felt like a regular classroom, but it was a church and they did what they could but the school is bigger and it just feels more like school," said Stroud.

Principal Casey said they will work tirelessly until everything at Little Cypress Elementary is in order, and they will have class on campus on August 27th.