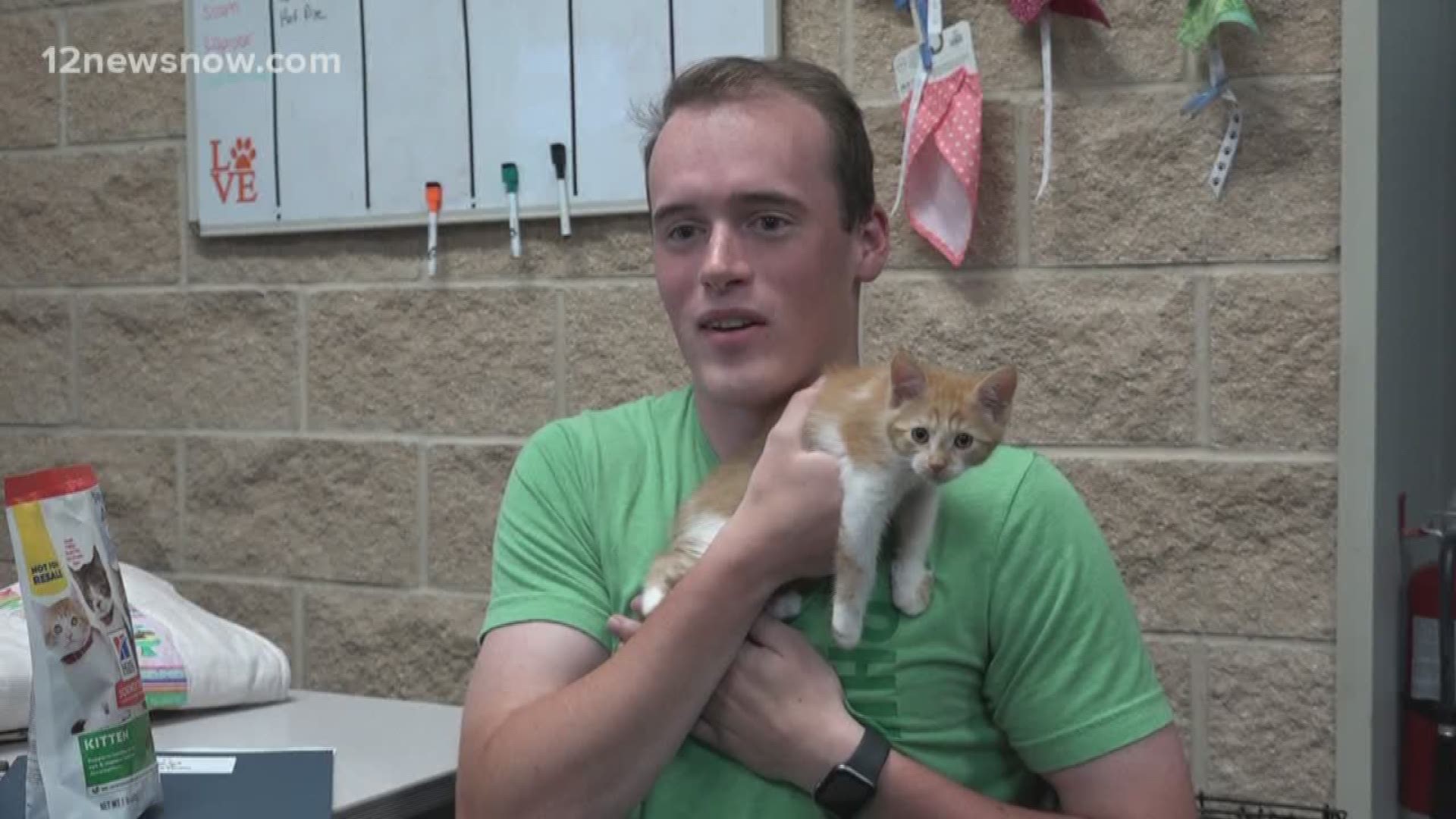 BEAUMONT, Texas — The Humane Society of Southeast Texas is at capacity and are not accepting any more animals. Roughly 200 animals are waiting to be adopted. Currently there is a waiting list for people wanting to drop off animals.

The facility is classified as 'no kill,' so they are not able to take in any more animals until one is adopted.

Laura Mcelhinney is the shelter manger is says it is disappointing to see the facility at capacity. She says they have had to bring in additional lodging spaces to compensate for the additional animals.

"They're homeless and it's very sad to think that about an animal not having somebody to love them," Mcelhinney said. "Our goal is to truly to work ourselves out of a job. If the spay and neuter would happen there would no longer be a need for us."

She believes that  the lack of spaying and neutering pets is why they're at capacity. They have created various adoption specials to try to create room for other animals.

They are willing to provide food and other amenities for those folks on the waiting list.