Hamilton, a Republican from Mauriceville, represented Texas’ 19th District in the Texas Legislature from 2003-2012. 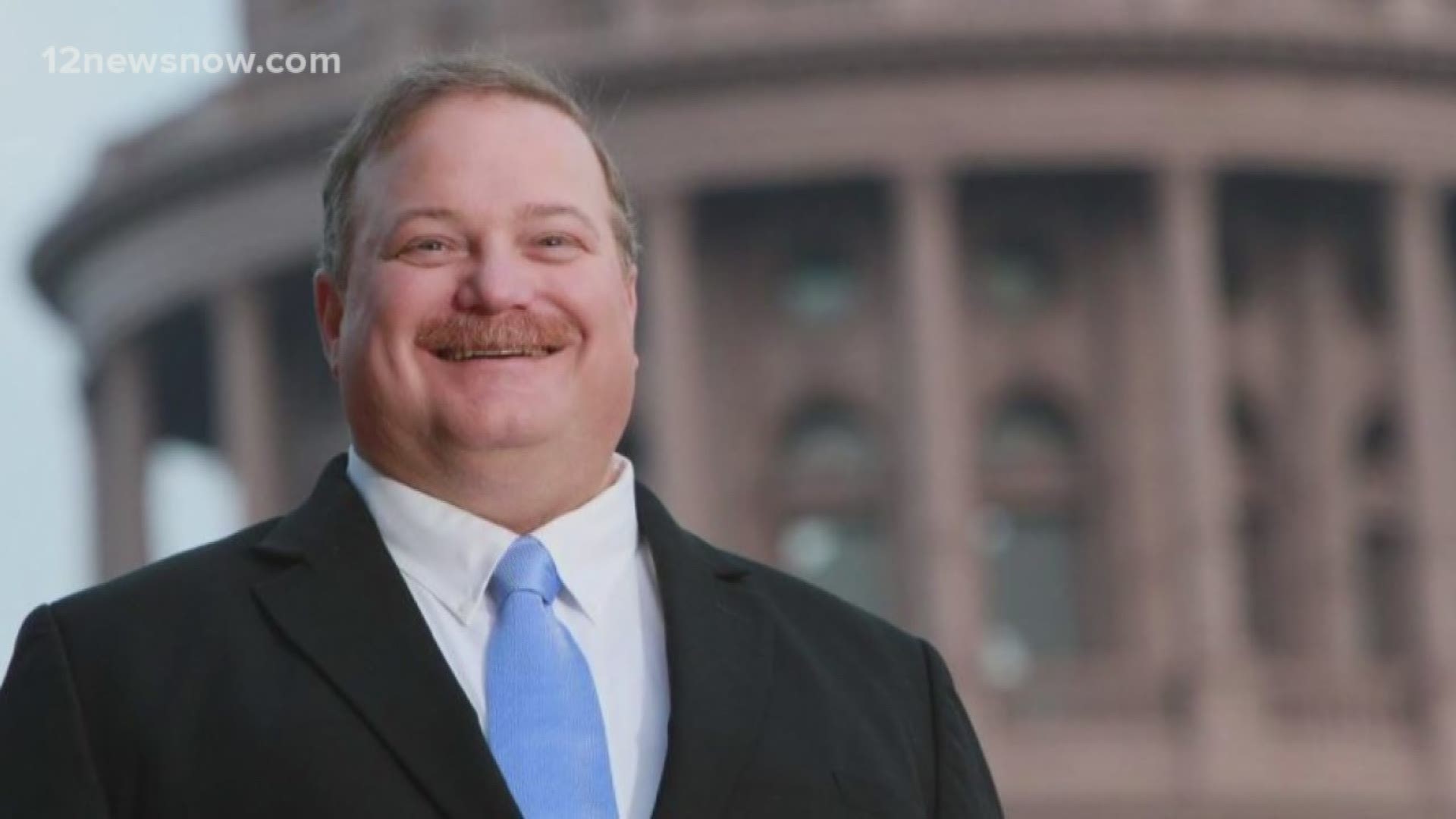 BEAUMONT, Texas — Former Texas State Representative Mike "Tuffy" Hamilton has died after complications from a heart attack. He was 58.

In October, Hamilton was in the ICU after suffering a heart attack. Hamilton had triple bypass surgery in 2010, according to our partners at the Beaumont Enterprise.

Hamilton, a Republican from Mauriceville, represented Texas’ 19th District in the Texas Legislature from 2003-2012. The district was made up of Hardin, Newton and Orange counties.

Hamilton was called a “Lone Star Conservative Leader” by the Texas Conservative Roundtable. He was known for his work to better publication and was the only republican endorsed by local educator groups, according to a 2013 article by the Orange County Record.

Hamilton lost his House seat to James White in the republican primary election in 2012.

“(I) Always loved working with 'Tuffy' when I was in the legislature,” former state representative Joe Driver tweeted when Hamilton was hospitalized in October. “He was fun, but he took care of his people back home.”

In 2014, Hamilton announced he was running in an election for Orange County judge, but he lost that election.

Hamilton is well-known as owner of Tuffy’s Eatery in Mauriceville, which is how his got his nickname.

He owned the Mauriceville mainstay, known for its soft, buttery dinner rolls, for 15 years before selling in 2005.

Hamilton got back into the restaurant business in 2017 when he opened Hamilton’s Restaurant and Bar in Port Arthur.

He also owns The West Bar & Grill in Beaumont.

During his time as a restaurant owner, Hamilton was previously a president of the Texas Restaurant Association.

Hamilton attended Lamar University. He and his wife Terry have four children and several grandchildren.

The family asked that memorial contributions be made to Julie Rogers Gift of Life Program in Beaumont or the Wounded Warriors Foundation, P.O. Box 130727, Tyler, Texas 75713.