None of the injuries appeared to be life threatening according to officials. 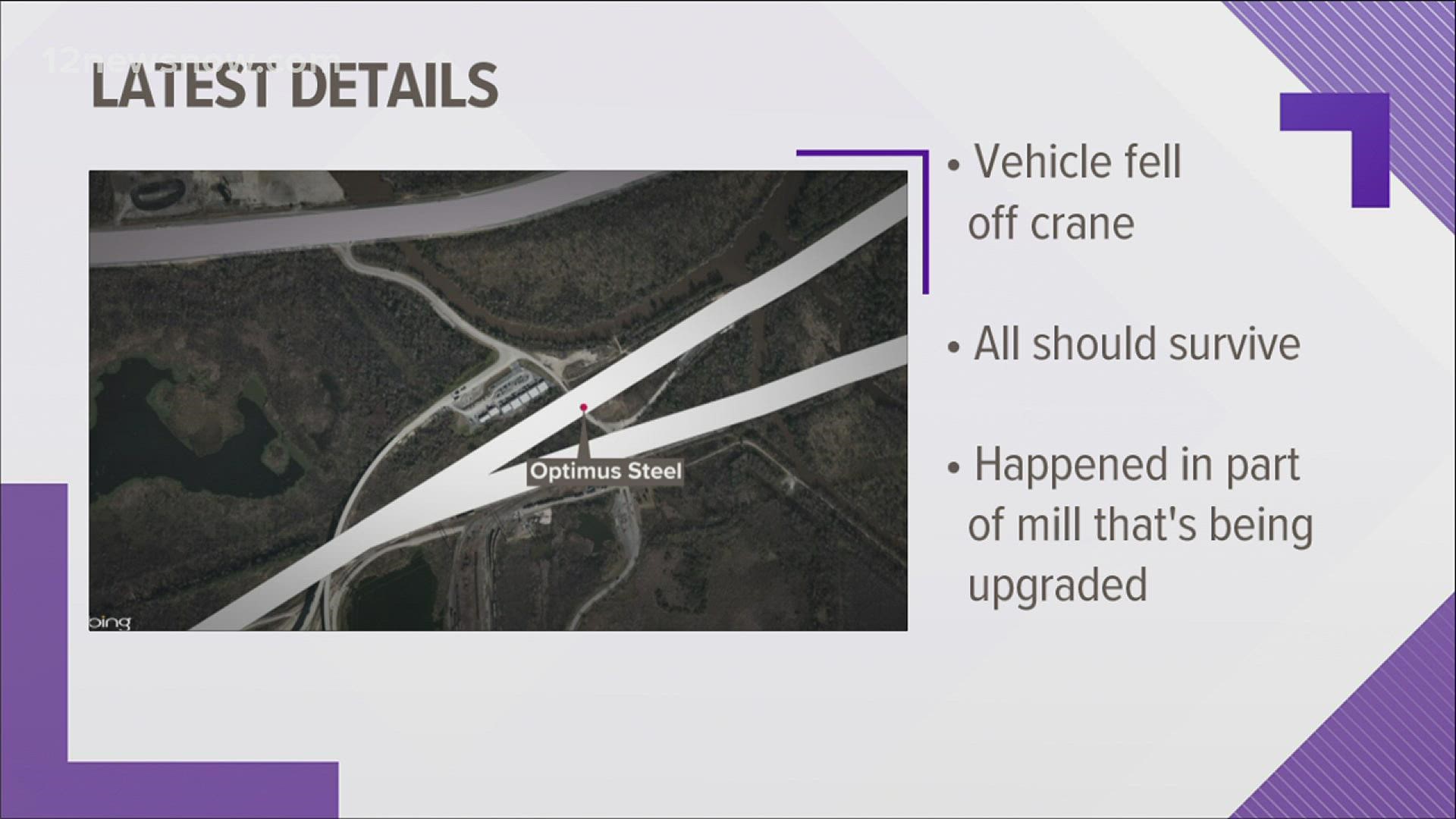 The five were injured when a vehicle being moved by a crane at Optimus Steel in western Orange County was dropped Tuesday morning according to an Orange County Sheriff's Office spokesperson.

Two of the injured were taken by ambulance to a Southeast Texas hospital with leg and back injuries while three more were taken to the hospital by private vehicle according to Vidor Police Chief Rod Carroll.

None of the injuries appeared to be life-threatening, according to Carroll.

Optimus Steel is just across the Neches River from downtown Beaumont.

The mill produces wire rods, coiled rebar and steel billets, according to its website.

"Today we had an incident in a portion of our mill that was undergoing an upgrade. While the details are still under investigation, we can say that a small number of employees and contractors have suffered non-life threatening injuries and are being cared for onsite or at a local hospital.  All employees and contractors have been accounted for.  We will communicate updates as they become available."

"As promised, we have an update on the information below. Of the small number of employees and contractors that needed hospitalization, all but two have been released with minor injuries. The remaining two are under observation for their non-critical injuries.  Once again, as we have updates, we will share them."