End of an era: Beaumont Sears closing in February

Sears has closed hundreds of locations, and it's not the only retailer that's fighting to stay afloat 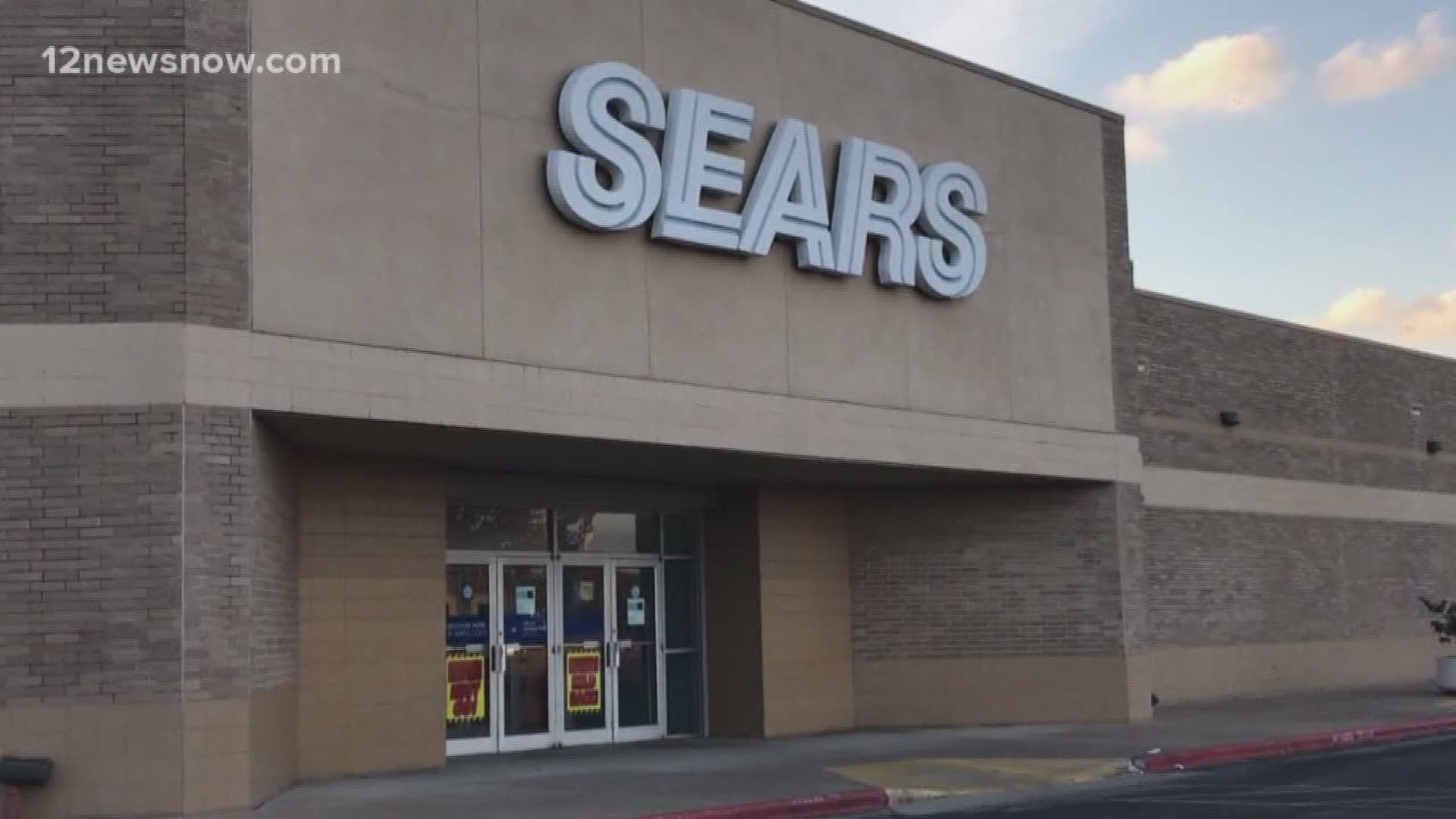 BEAUMONT, Texas — Parkdale Mall customers will have one less store to shop in 2020.

The Sears store inside Parkdale Mall is preparing to close its doors in February. The store has 'everything must go' signs hung throughout the store, and employees told 12News the store would shut down.

It's unclear how many employees the store has.

"Sears will begin a liquidation sale in early December and we expect the store to close by mid-February," Keating said.

She said Sears owns the location it's currently occupying.

"We will work with the owner on redevelopment plans that will elevate the building into a more productive use for the property," Keating said.

Earlier this month, Transform Holdco announced they were closing 51 Sears stores by February. The store inside Parkdale Mall was not on that initial list.

The company said in a Nov. 7 statement it faced "a difficult retail environment and other challenges. We have been working hard to position Transformco for success by focusing on our competitive strengths and pruning operations that have struggled due to increased competition and other factors."

The company also announced the closing of its San Antonio store.

In the last few years, hundreds of stores in traditional mall settings have closed nationwide. Department stores like Macy's and Forever 21 have also closed locations around the country.

Hundreds of Sears have been shuttered in the past few years.

Many blame online shopping as the primary reason these shopping centers are at risk, with online purchases up 15% in the last ten years.

So, with less people going into stores to shop, some retailers just can’t afford to keep the doors open.

The Sears at Parkdale Mall is one of the last in Southeast Texas. The store at Port Arthur's Central Mall closed in February 2019.

Sears Holdings filed for bankruptcy in October 2018, but it was bought out in February of this year by Eddie Lampert, the company's former CEO.

Some stores, like a JCPenney in Dallas, have decided to re-brand in order to keep customers coming in, but some experts say it may not be enough.

Nationwide, 9% of stores inside malls are empty which is the highest in nearly a decade.

RELATED: Macy's at Parkdale Mall to close by end of March 2017