The Southeast Texas teen saddled up “Velvet" and rode the 600 pound cow to school. 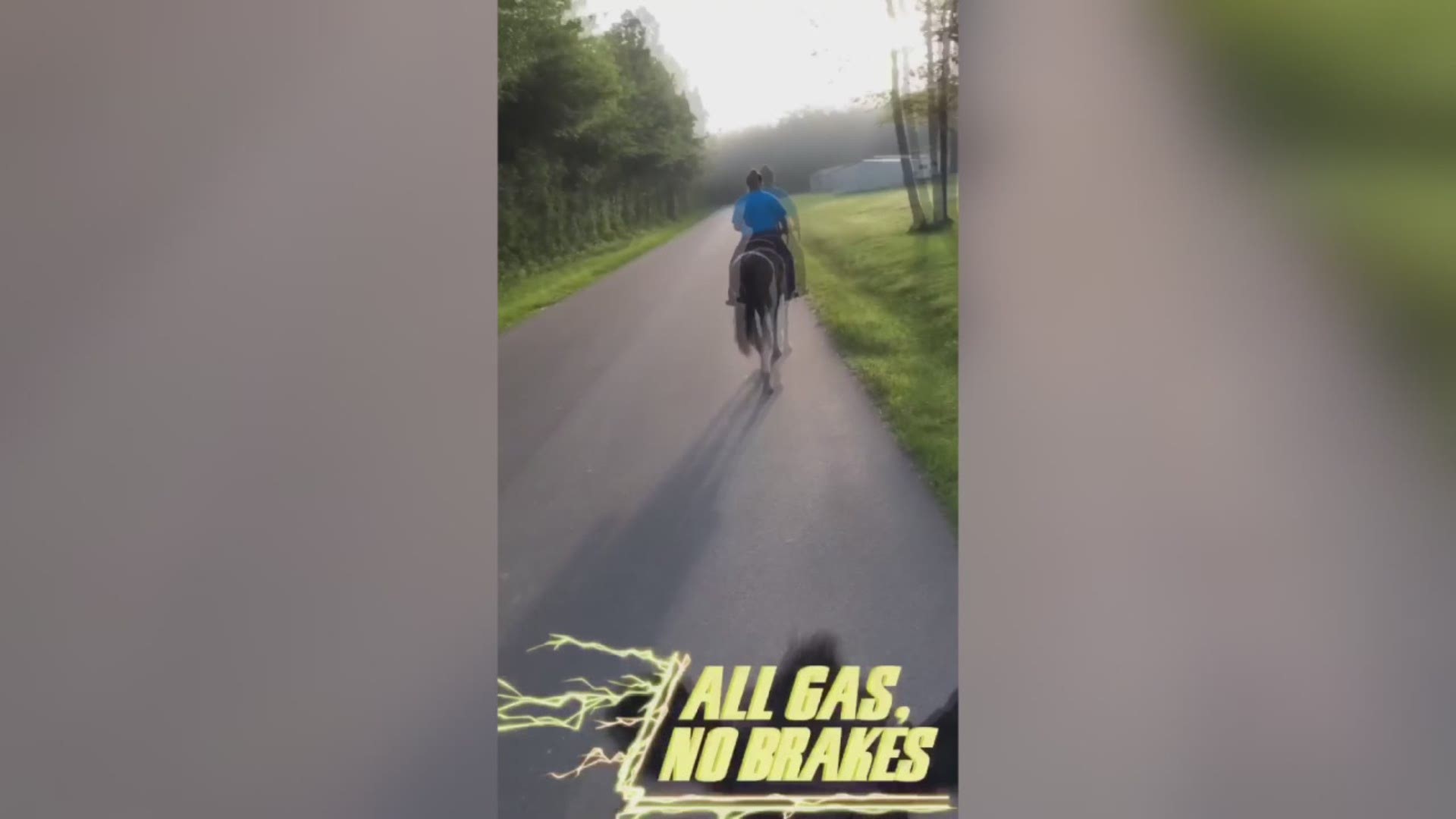 BUNA, Texas — There are just some things you’d probably only expect to see in Texas and a teenage girl riding a cow to school most likely would be one of them.

Kayden Bayer, a 17-year-old junior at Buna High School, and her friend Autumn Burt, planned to ride their horses to school Friday morning to celebrate the last day of school.

But Bayer decided she wanted to switch things up so she saddled up her 3-year-old Black Angus heifer, “Velvet,” and rode the 600 pound cow to school.

She says she told some of her fellow students and teachers what she planned to do but many didn’t believe her and she said they were surprised to see her riding “Velvet” to school Friday morning.

Several photos of Bayer on her cow and Burt on her horse popped up on social media Friday including some shot from the inside of a school bus.

Teens will be teens, of course, and in at least one photo both Bayer and Burt can be seen using their phones as they ride across a field near the school.

Credit: Emily McAuliffe
Kayden Bayer and her cow "Velvet," right, and Autumn Burt and her horse, left, pose for photos Firday morning after riding to school in buna, Texas.
Post by kayden.bayer.

This is the first time she’d ridden the cow down the road  and Bayer said “Velvet” did great.

School was released early Friday but during the time Bayer was in class “Velvet” hung out in the barn that the school’s ag classes use on campus.

Riding her cow isn’t totally new for Bayer who told 12News that she started riding “Velvet” a couple of years ago out of defiance when her mom had told her she could not ride her horse.

Bayer said she decided she would just saddle up her cow if she couldn’t ride her horse.

Bayer has been raising 3-year-old “Velvet” since the cow was several months old and used to show her.

Next year Bayer will be a senior and she tells 12News that she definitely plans on riding “Velvet” to school again on her last day of high school in 2020.