The rumor of a black man raping a white woman sparked a night of terror that ultimately left three people dead on a summer night in Beaumont almost 75 years ago.

On a June night in 1943 Beaumont went dark as an angry mob of white shipyard workers made their way from the Pennsylvania Shipyard to the local jail, where they demanded the release of a prisoner.

A white woman had accused a black man of raping her, sparking the fuse that would forever etch the memory of that night into the collective memory of Southeast Texas.

Sydney Jones, 83, said he and his younger brother, Sonny, can still remember the night that became known as the "Beaumont Race Riot of 1943." 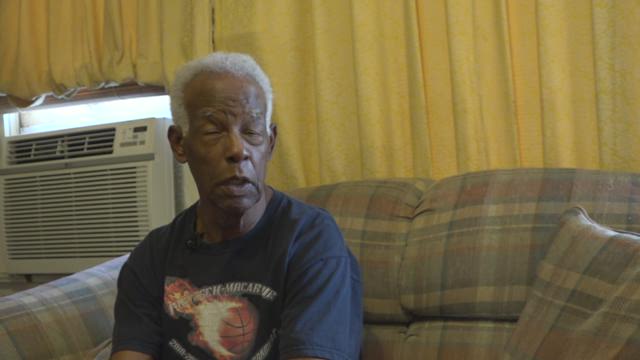 Before the Jones brothers could head off to fight for Lady Liberty, like many young men their age, they experienced the wrath of home grown oppression and terror in their own backyard.

"Me and Sonny were going to work. I don’t know why. The guards said where are ya'll going? We told him we were going to work," Jones told 12News recently. "He said, 'Ya'll go back home. There's a riot going on.'"

Business was booming in Beaumont thanks to wartime work, bringing nearly 20,000 new faces to the Texas Gulf Coast.

But, that spike in population agitated a fierce feud between blacks and whites fighting for city services, limited housing, and inadequate access to food.

PHOTOS: Beaumont before and during the 1943 race riot

1 / 26
Tyrrell Historical Library
Images from the race riot and its aftermath in Beaumont in June 1943.

A regional Ku Klux Klan rally that crossed paths with the annual Juneteenth celebration along with the struggle for food and housing set the stage for what the head of the regional food administration would lead to trouble.

Three days before the riot happened J. H. Kultgen, the local head of the U.S. War Food Administration, sent word back to Washington D.C. that food shortages in Beaumont were "conducive to riot" according to the Texas Historical Society.

Once word spread that a white woman had been raped by a black man, Beaumont became ground zero for one of several race riots that swept across America during the summer of 1943.

According to historic records from the City of Beaumont, nearly 2,000 men marched from the Pennsylvania Shipyard, near the river, to the city jail to punish the alleged rapist by hanging him.

Records show that not only did the guards refuse to release the prisoner, his accuser could not make a positive identification.

The angry mob then attempted to take justice into their own their own hands. 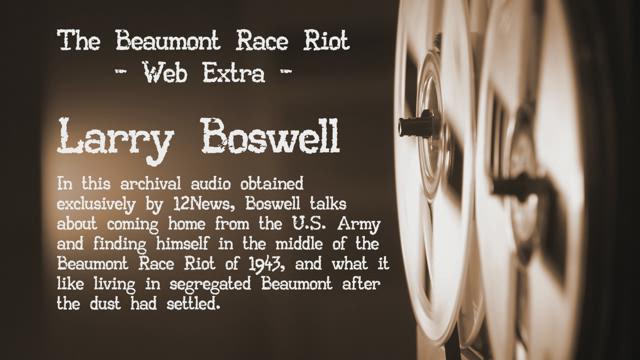 "Some had hoods on their heads. They all had bats, rocks, Molotov cocktails, and they were all white," said Katherine Combs.

Combs recalls memories of the riot passed down from her grandfather, R.D. Tappman who owned a hamburger joint that once stood in downtown Beaumont.

As the rioters made their way past his business into the black neighborhoods, Combs said her grandfather refused to stand on the wrong side of history.

So, he jumped in his car and drove to the neighborhood where his cook, who was black, cowered in terror with his family.

"He got the cook, the wife, and the two small children. When he came back out, they were waiting for him again. He had all of the family laying on the floor board so that they would not be seen or hurt. He said, 'I'm coming through,' and he floor boarded it," Combs recalled. 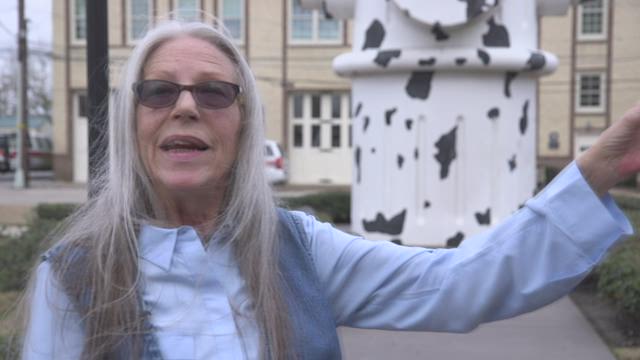 As the violent mob began to swell, 1,800 guardsmen, 100 state police, and 75 Texas Rangers were dispatched to Beaumont.

Things got so bad, that Texas Governor A.M. Aikin was forced to place the city under martial law from June 15th through the 20th according to records from the Texas State Historical Association.

Jaytee Mattox was recorded in an audio interview saying, "They came by in their trucks throwing brick hollering, "Ni---rs, get inside."

That's exactly what Sydney and Sonny Jones were trying to do.

When the pair finally made it to their south end home, Sydney Jones said his neighbors were ready to defend what they'd worked their entire lives to build.

"No damage was done to the south end because they were guarding it. They were in the ditches at night, laying out there with guns."

When asked recently if he was scared Sydney Jones replied "No, I wasn't scared because they were armed." 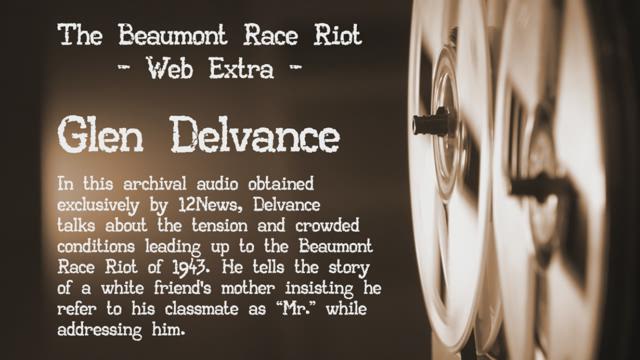 Not everyone was a brave as Jones.

Combs said her grandfather never forgot the effect the riot had on his cook's little girls.

"The two small children would not come out from under my grandmother's bed for two days because they were so frightened," Combs recalled from her grandfather's stories.

Once the five day period of martial law was lifted thousands of black residents were said to have packed up and left town for good.

Beaumont historians have said given the transient nature of the city in 1943, it's tough to pin down just how many locals never came back.

When all was said and done, 200 businesses were destroyed, 300 people were arrested, and 200 others were injured.

Two men paid the ultimate price during the riots and a third died a month later from injuries he sustained that night.

When asked recently what she thought her grandfather, R.D. Tappman, would think about our current state if he were alive today Combs said he wouldn't approve.

"He would be so frustrated, so frustrated. It just doesn't have to be this way. What can we do? Keep telling the story," she said.

In a way the story of the riot connects Combs to the Jones brothers who endured visceral acts of violence and eventually overcame the shackles of segregation.

Exactly 20 years after the riots, Sonny Jones went on to become one of the men who integrated the very public transit system that played a part in sparking the riot.

Jones, who was determined to make it to the front of the bus, became the city's first black bus driver. 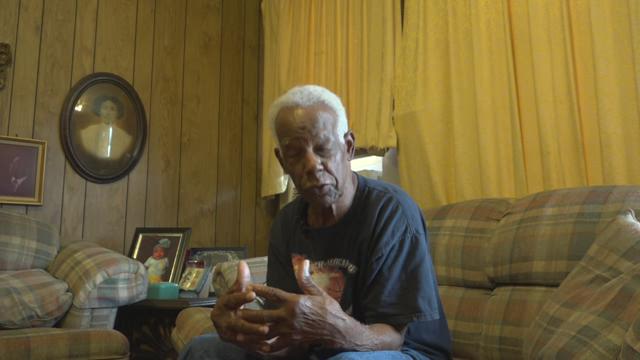 "I knew my position in society. I knew what the world thought about me. But, it didn't determine what I could do," he said.

"People need to try. They need to learn what their history was so that we don't continue to repeat. That's my wish. That's my wish," Combs says hopefully.

Jones believes that wish could be within reach if we all follow the golden rule.

"Love thy neighbor as thyself. That's the only thing that's going to fix what's wrong with our society," he said.