The 36-year-old ATV driver was arrested on unrelated warrants. 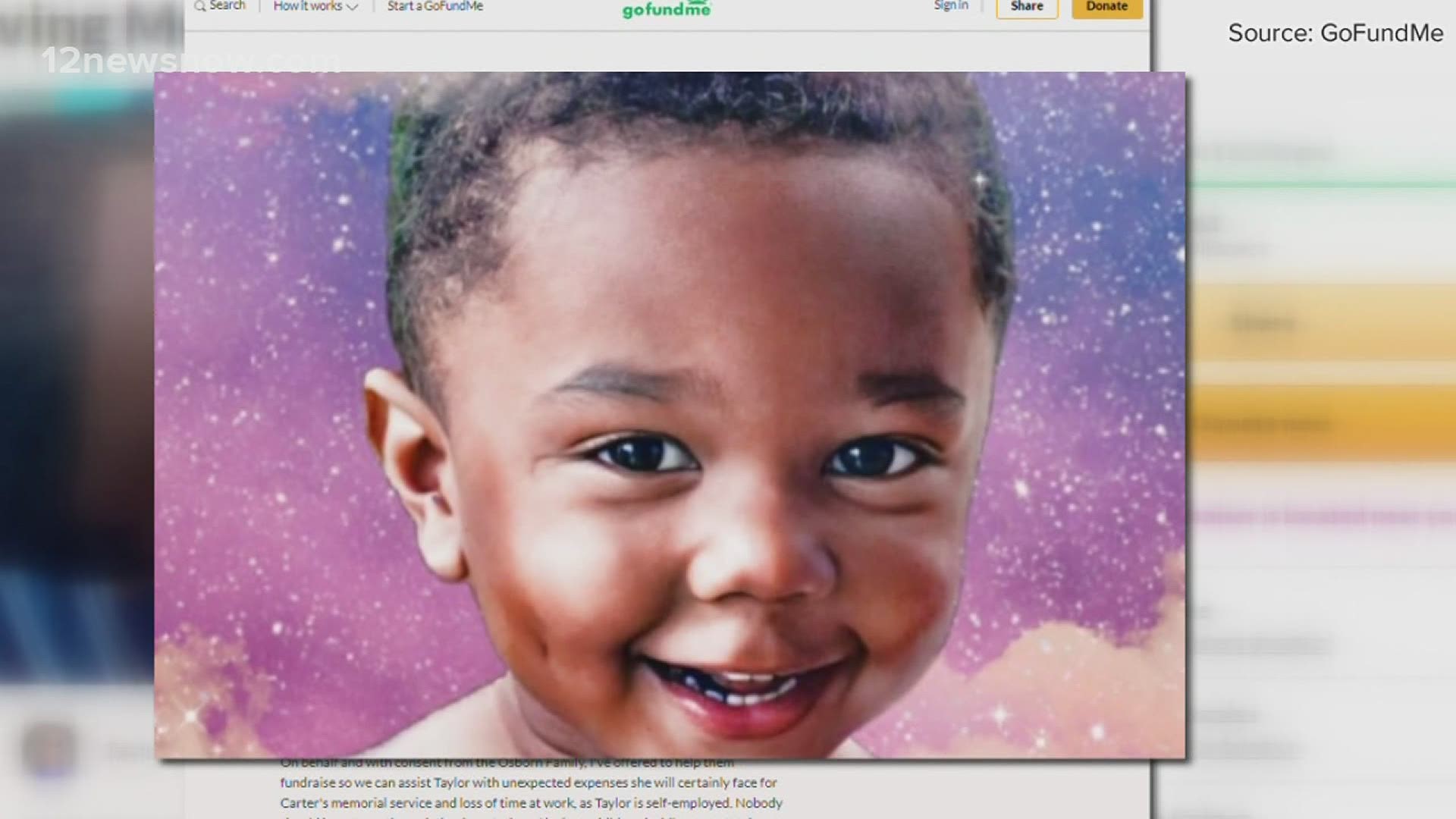 BEAUMONT, Texas — A Southeast Texas family is mourning the death of a 6-year-old boy who was struck by an ATV in Tyrrell Park Saturday evening and later died.

The boy was identified in a GoFundMe account set up for the family Sunday as Carter Osborn. He was the youngest of three boys according to the GoFundMe page. By 10 a.m. Monday nearly $6000 of the $10,000 goal had been raised.

News of his death has ignited conversations about enforcement at city parks.

"I have really sense of sorrow for a child that has needlessly lost his life and it is something that this family will never get back," says Beaumont councilman Mike Getz. "It just makes me sick what happened."

Police responded to the park on the southwest side of Beaumont at about 7:09 p.m. according to a news release from the Beaumont Police Department.

YOU CAN HELP | GoFundMe account set up for the Osborn family

YOU CAN HELP | Meal Train set up for the Osborn Family

Beaumont Police say a 36-year-old man was operating the four-wheeler ATV in the park when he struck Osborn.

The boy was taken to a Beaumont hospital where he later died according to the release.

The Beaumont Police Department is reaching out to the community to see if anyone has video of the accident. Detectives believe the video can help with the investigation. Anyone with information is asked to contact 409-980-7253.

At Tyrrell park, ATVs are not allowed nor are vehicles allowed in the grass. The driver accused of hitting Carter was arrested on outstanding warrants that were unrelated to the tragic incident the release said. The councilman plans on looking into if this is a widespread issue.

"if we're having ATVs go through here a lot, we certainly need to have more patrol, enhanced patrol and as I understand it probably no more than a $500 fine, but I would make it mandatory $500 fine anytime anyone is seen with an ATV out here," Getz said.

Police are continuing to investigate and have not said if or when charges could be filed in the death of the boy.

On Saturday, May 8th, 2021, at 7:09 p.m., Beaumont Police responded to Tyrrell Park in reference to a crash involving an ATV/four-wheeler and a 6 year old juvenile.

Preliminary investigation has revealed that a 36 year old male was operating the ATV in the park and struck the child.

The child was transported to a local hospital where he died a short time later.

The driver of the ATV was placed under arrest for outstanding warrants unrelated to this incident and transported to the Jefferson County Jail. The investigation is on-going.