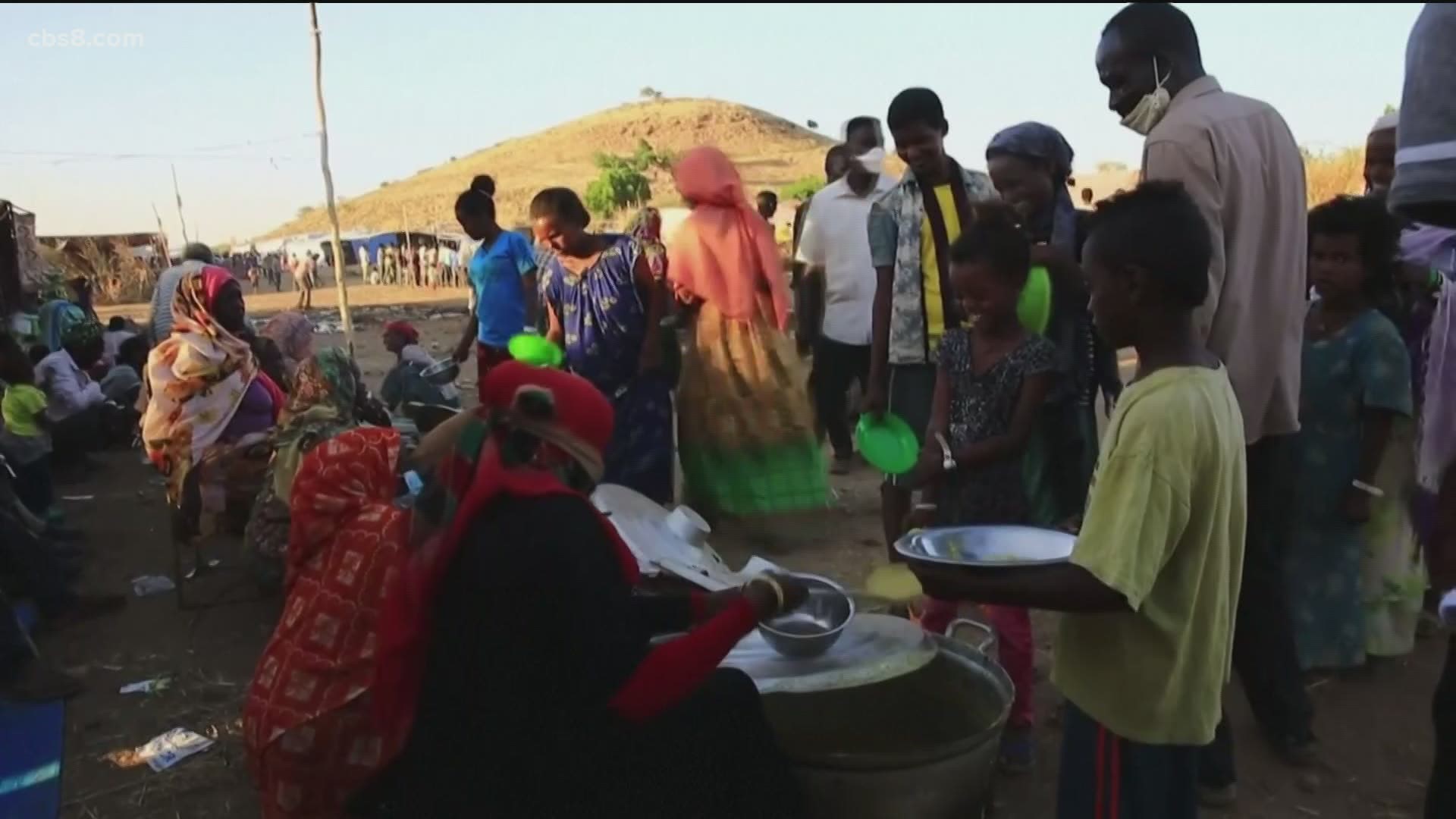 SAN DIEGO — The Biden administration came under intense fire Friday, after announcing that it planned to keep in place the Trump administration's refugee cap. That historically low level set by former President Donald Trump had allowed only 15,000 refugees to settle in the United States every year.

By late Friday, though, the Biden administration appeared to do an about-face from earlier in the day, as the White House announced President Biden would now set a new, increased refugee cap, but did not provide specific numbers.

Earlier this year, though, the President had committed to a very clear number.

"This executive order will position us to be able to raise the refugee admissions back up to 125,000 persons for the first full fiscal year of the Biden-Harris administration."  Biden had stated on February 4.

But on Friday, the Biden administration appeared - at least initially - to reverse course, announcing in the morning that it planned to keep the historically low refugee cap set by the Trump administration at only 15,000 refugees admitted to the U.S. annually.

"Last year, there were actually just over 11,000 refugees who were able to re-settle  throughout the entire country," said Homayra Yusufi, interim executive director of PANA, the Partnership for the Advancement of New Americans, a non-profit based in City Heights that advocates for refugees.

"Historically, San Diego has been one of the largest destinations for refugee resettlement," Yusufi added.

Yusufi said she is disappointed and frustrated that the new administration does not appear to be holding to its original promise.

"For us and for all of the refugees who have been waiting the past four years and longer to come here, they are facing danger, living in refugee camps all over the world," she told News 8. "They have waited long enough!"

"It is inconsistent with the administration's commitment it has made to the international community about being a place of refuge," said Pedro Rios, director of the American Friends Service Committee in San Diego.

He said that in light of the attention the situation at the border has been receiving, this move to lower the refugee cap may be politically motivated.

"I think there is some political pressure," Rios added.  "Probably they are thinking of the midterm elections."

"This is their opportunity to demonstrate that we can be compassionate to the asylum seekers at the border but also to refugees seeking to come to the United States and re-build their lives here," Yusufi said.

President Biden's press secretary said late Friday that the president would establish the new refugee cap by May 15.

BREAKING: We are deeply disappointed at the Biden Administration's decision to maintain the historically low Trump-era refugee cap of only 15,000 refugees annually. We're calling for an increased admissions goal in light of unprecedented global need. More: https://t.co/ROs1eizTmM