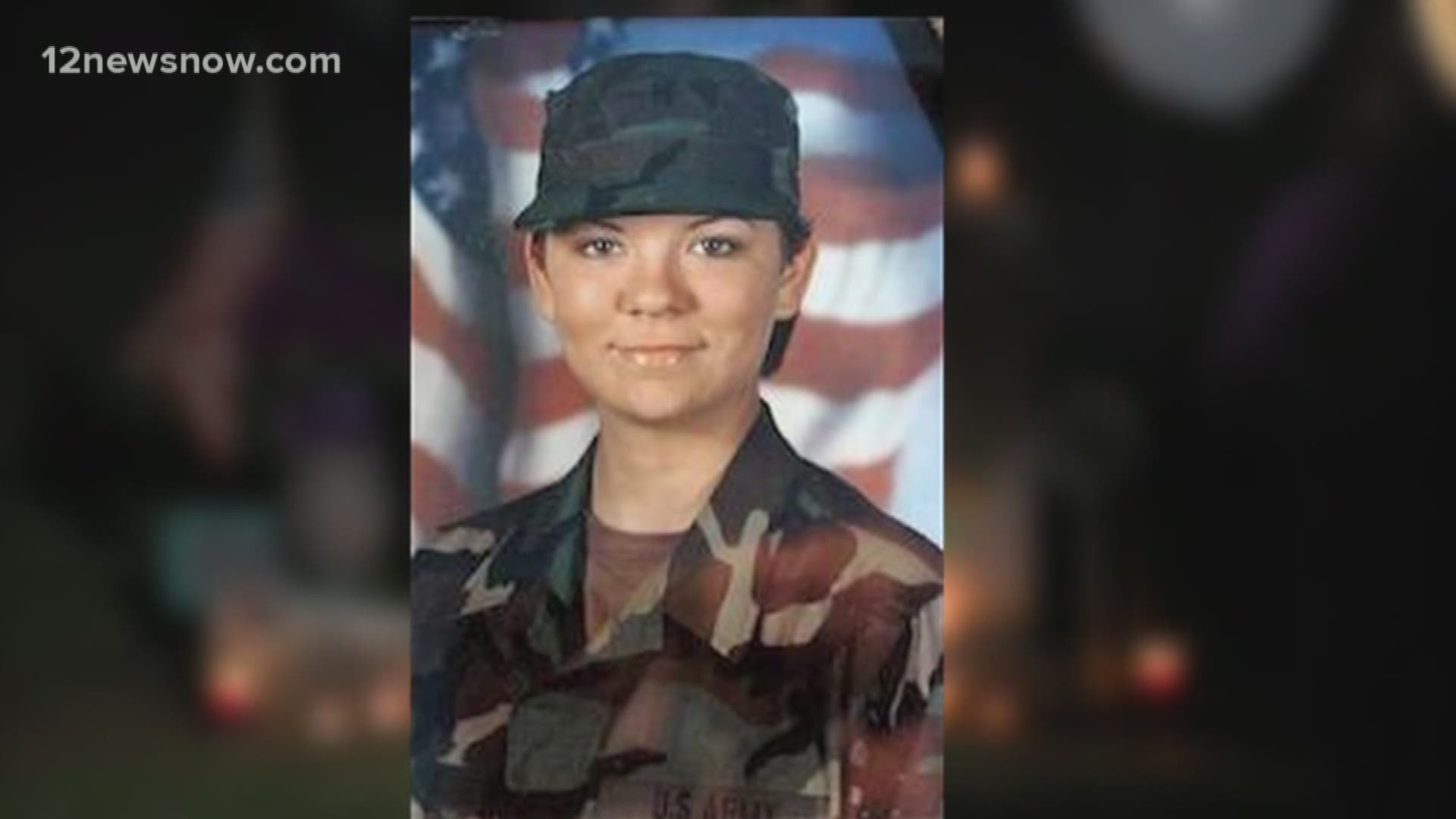 VIDOR, Texas — It's a story 12 years in the making. A Vidor woman, Kamisha Block, was killed in Iraq while serving in the military. Her family calls the events following her death "a military cover-up," and they want justice.

12News spoke with with Kamisha's sister Shonta at Kamisha's grave.

For Shonta, a yellow butterfly sparks hope. It reminds her of her sister, Army Specialist Kamisha Block. When asked about how they make her feel, Shonta says, "That she’s around. Every time I get sad, I see one."

It also reminds Shonta about the mission she is on.

"I am just trying to get justice for my sister," Shonta said.

The family learned Kamisha Block was shot and killed while serving in Iraq. The Department of Defense told the Block family Kamisha was shot in the chest by friendly fire.

It would take the family a grueling six months to learn the truth.

When asked about why she believes they would cover this up, Shonta said, "Because they don't want a blemish on their image."

The petition to ask for a congressional hearing set up by Shonta on change.org says: "I am begging for justice. I want the army to be held accountable."

The family began to question the Department of Defense when her body was returned home to Vidor and they opened up the casket.

"She's been shot in the head. There's a bullet hole in her head," Shonta said.

Kamisha Block enlisted in the Army in July 2005. In December 2006, she was sent to Fort Hood in Texas.

That's where friends said she caught the eye of Paul "Brandon" Norris. Most people called him Brandon.

"It was obvious that they were in a relationship when they were state side," Joel Hastings, a fellow solider said.

He was a Staff Sergeant. Kamisha was a specialist. His higher rank meant the two couldn't date; a rule the pair broke.

In May 2007, Kamisha was deployed to Camp Liberty in Iraq. Brandon followed in late June. Shonta said while Kamisha was abroad, her phone calls home took a dark turn.

"She also mentioned something else that day. If something were to happen to me, you make sure that you take care of mom, because you are the strong one," Shonta said.

Many soldiers reported a volatile relationship between the couple.

One month before Kamisha's death, a fellow solider said he spoke up.

"I am not very good at keeping my mouth shut. That's when I went to the chain of command. I used the open door policy and spoke to the first Sergeant and the company commander at the time," Hastings said.

When 12News asked Hastings if action was taken, he said, "Yeah, there was action to sweep it under the rug. They just kind of blew everything off and explained to them that they had a no contact order. It obviously wasn't working."

Hastings wasn't the only one to come forward. Others described an increasingly toxic relationship. They questioned Brandon's stability.

Shonta believes military leaders knew Kamisha was in danger and did not take action.

"I know their names," Shonta said.

Because they haven't been charged, 12News is not naming the men.

One is currently a Lieutenant Colonel serving in Europe. Another is a Sergeant Major serving in Texas. The third has retired from the military. He's the only one who agreed to answer any questions from 12News.

He identified himself as Brandon's direct supervisor. He said in part, "Two people did something illegal in the army and they have to live with the consequences."

He also said, "Kamisha sat in my office with another lieutenant and was given every opportunity to tell us the truth. They chose to hide it."

Another solider came forward with a chilling memory on the morning of Kamisha's death.

"Norris was having some kind of issue that day. I don't know what it was. I can't remember if it was mental health or physical. The Lieutenant has to physically hold him back and said 'you aren't going, you are not right,'" fellow soldier David Womack said.

Brandon was prohibited from going out on a mission that day. Later, the mission group returned, including Kamisha, and that's when things took a violent turn.

"Why didn't you take this guy's gun? Why weren't other steps taken?" Womack asked.

It's a question that still haunts fellow soldiers.

"I think about it every day. I think about both families everyday. I really don't have a whole lot of choice in the matter," Hastings said.

Shonta has heard numerous stories like this one. She wants accountability and won't stop fighting until there's justice for Kamisha.

When asked what Shonta would say to the men, she said "I want to say that you could have helped my sister. And that she was screaming out for help and nobody would help her. Soldiers were screaming out and reported it and still you turned your head, and you know, you let it go that far, until she is dead now," Shonta said.

Shonta said  Kamisha's case has been re-opened. She said the United States Army Criminal Investigation Division is handling the investigation. Shonta is also reaching out to U.S. Senators as well to ask for a congressional hearing.