"Houston is a hotspot right now in a global pandemic and we can't have thousands of people at GRB," Turner said. 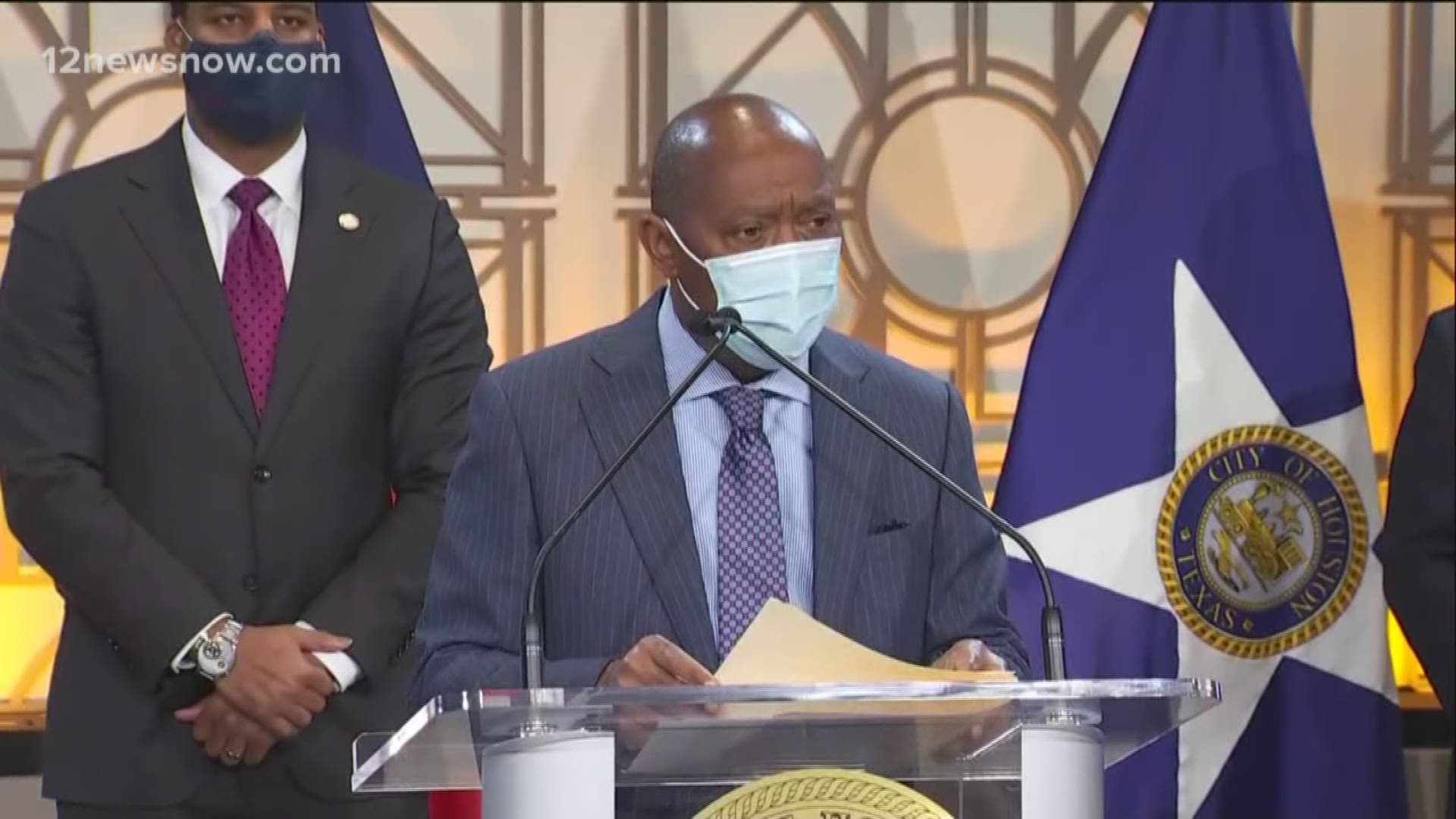 The convention was expected to bring some 6,000 delegates to the George R. Brown Convention Center from July 16-18.

"Houston is a hotspot in a global pandemic and we cannot have thousands of people gathering at GRB," Turner said. "This convention is not moving forward because of the public health risk it poses."

Republicans were quick to slam the decision.

"Mayor Turner's hypocritical flip flop on public gatherings is a political stunt," Harris County GOP Chairman Paul Simpson said. "While he joined in massive marches in the streets last month, he has now blocked Republican grassroots activists from peaceably assembling even under the most stringent health safeguards."

RELATED: This is the letter Mayor Turner sent to the Texas GOP about next week's Houston convention

But Houston First, which runs the GRB, said its contract included the right to cancel during an epidemic.

"The public health concern for our first responders, convention workers and those who would have attended weighed heavily in our decision making," Turner said.

The mayor got emotional when he talked about his concern for hospitality workers. He said it's personal because his mother worked as a maid in a hotel.

"Right now, I am frightened. I am frightened for my constituents," Jackson Lee said. "Our essential workers, including hospitality workers, will be put in danger by this convention."

"As mayor, I simply cannot ignore those words coming from Dr. Persse, as well as other doctors," Turner said.

Houston First provided a list of postponed or canceled meetings and events at the GRB:

"This morning at the Houston City Council meeting, Mayor Sylvester Turner stated that he will do all he can to cancel the Republican Party of Texas State Convention.

"After allowing tens of thousands of protestors to peaceably assemble in the same city, in the same area, without any of the safety precautions and measures we have taken, he is seeking to deny a political Party’s critical electoral function that should be equally protected under the constitution.

"Mayor Turner had the authority to shut down the convention until he actively took steps 'removing his own authority to cancel it.'

"The Republican Party of Texas had already implemented many of the Mayor’s demands.

"We instituted numerous precautions for next week’s convention including:

"Today, just five days before the beginning of the Republican Party of Texas State Convention, Houston First Corporation, at the behest of Mayor Sylvester Turner and the City of Houston, terminated our binding contract to host the 2020 State Convention at the George R. Brown Convention Center.

"This cancellation is not about the health and safety of Houstonians or the delegates and guests to our Convention. We made every effort to conduct our convention in a safe manner, working cooperatively with the Convention Center, going well beyond the requirements of the Center’s health safety plan. If Mayor Turner’s motivations were pure, he could have cancelled the lease weeks ago. Instead, he waited until the eve of the Convention to inflict the greatest disruption.

"Mayor Turner has publicly stated his intention to interrupt the Convention process and disenfranchise Republicans around the state. Mayor Turner changed Health Department guidelines to impose additional requirements on the Republican Party that he did not impose on other organizations.

"Mayor Turner’s disdain for all Republicans is evident by the divisive rhetoric he uses to describe conservatives and our efforts to participate in the electoral process.

"Make no mistake, our State Convention will continue unimpeded. If necessary, we will protect the rights of our delegates and complete the electoral business delegated to us by the U.S. Constitution and the laws of the state of Texas using online technologies.

"In the coming days, we will evaluate all legal remedies available to us to fight back against the unequal treatment Mayor Turner has chosen to inflict on conservatives. We will keep our delegates, alternates, and other convention attendees posted as we pursue those remedies."