Mayor Ames says she spoke with the salon owner about how to remove an old nail set, and the owner told her she would leave some out for her 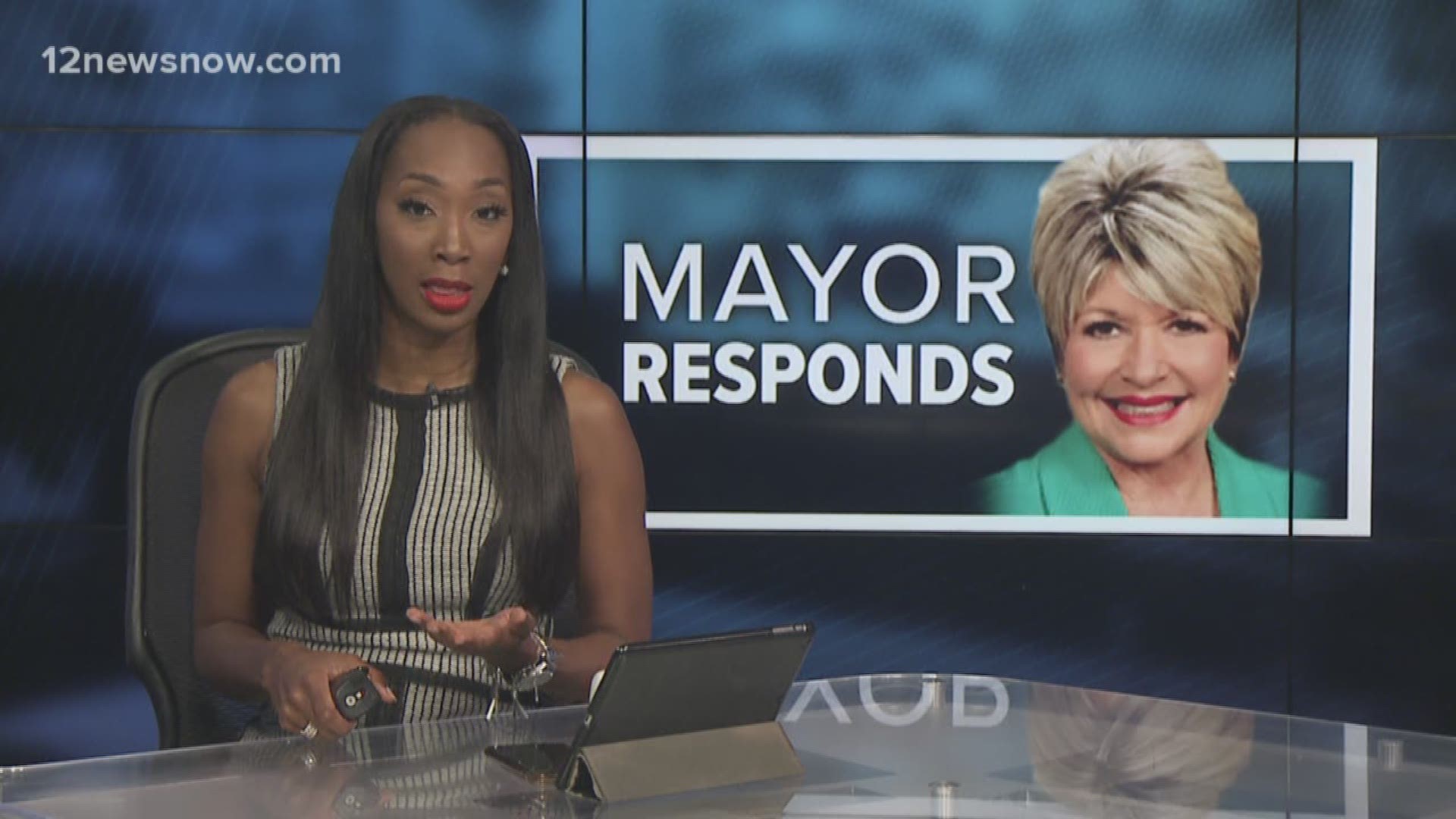 BEAUMONT, Texas — A photo appearing to show Beaumont Mayor Becky Ames getting a manicure caused lots of chatter Tuesday after the image was shared on social media.

12News wanted to verify the photo after seeing it on Instagram. The photo wasn't publicly shared, and 12News does not have the rights to show the photo. We did speak with Mayor Ames and the nail salon owner.

Mayor Ames said she did go to the nail salon after talking to the owner about how to remove an old manicure set. She needed acetone, and the salon owner said she would leave some out for her.

Instead, the owner had the solution set up in a bowl inside. The mayor says she was in and out in 10 minutes, and the owner was the only person in the salon. The back door was open and the salon was dark.

The owner told 12News that surveillance video backs up the mayor's story.

Mayor Ames sent photos to 12News, reiterating that she did not have her nails done.

Credit: Mayor Ames
Beaumont Mayor Becky Ames sent photos to 12News, reiterating that she did not have her nails done.

H-E-B temporarily extending hours at all stores, easing limits on some products