Witness: Fight about who should play Aretha Franklin in movie leads to shooting in Suffolk

A witness said two men began arguing in a barbershop about whether or not Halle Berry should play Aretha Franklin in a movie. He said one man shot the other outside. 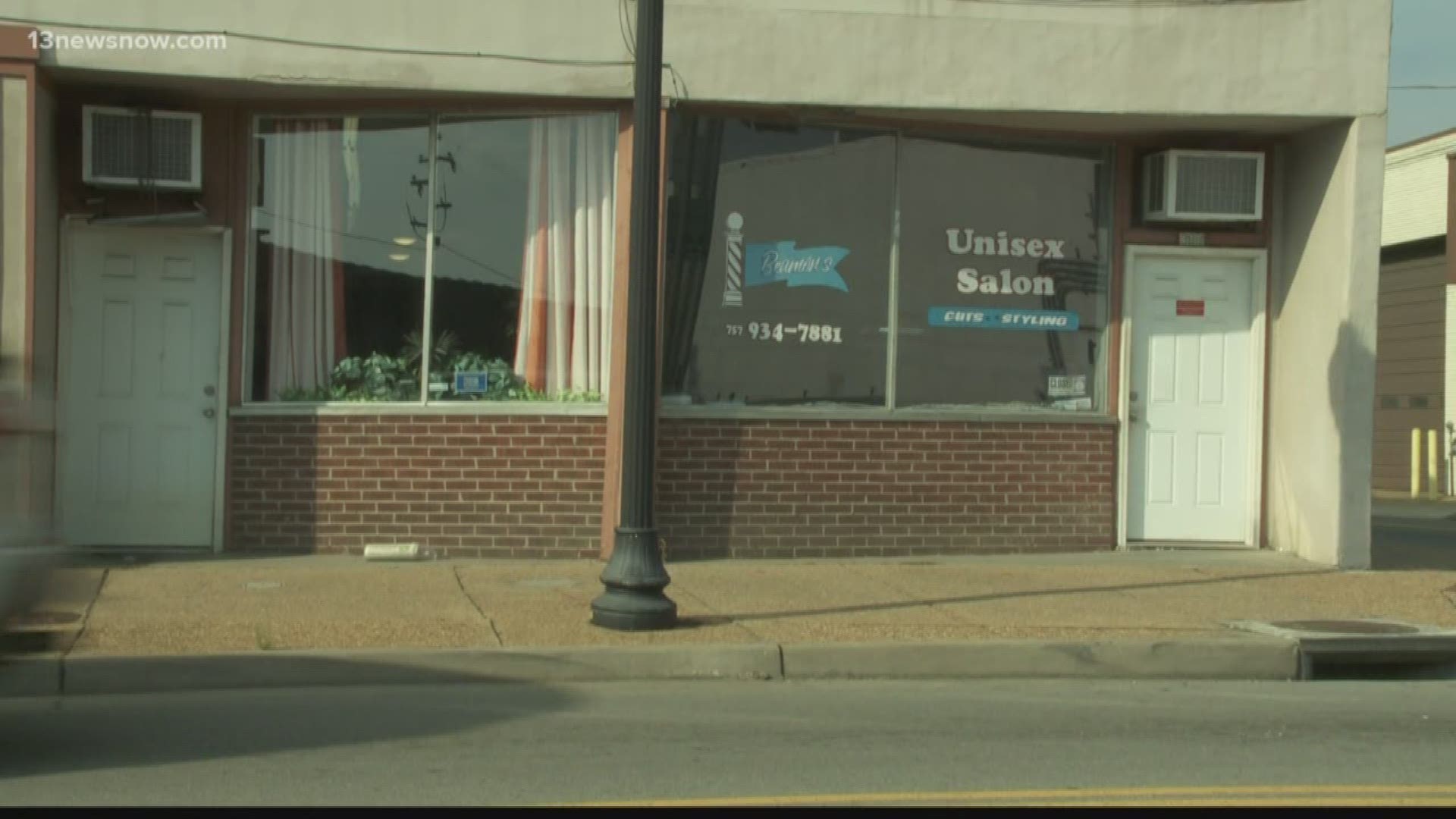 SUFFOLK, Va. (WVEC) — A man was seriously injured after he was shot during an argument Thursday, police said.

The shooting occurred at the intersection of East Washington and Liberty streets around 10:43 a.m., Suffolk Police Department said in a Facebook post.

Police said two men, 44-year-old Michael Jermell Hatton and 47-year-old Tony Jonathan Lundy, were having a "verbal altercation that turned physical." Hatton had a firearm, and shot Lundy at least once, police said.

Someone working at a business on E. Washington St. told 13News Now he heard that the fight was over Aretha Franklin. Police were not able to confirm the nature of the argument.

Acccording to a witness, two men began arguing inside this Suffolk barbershop about whether or not Halle Berry should play Aretha Franklin in a movie. It led to one of the men shooting the other on the sidewalk. The victim is now in serious condition. #13NewsNow pic.twitter.com/uDJB9gjvI3

A witness, Harvey Clark, told 13News Now he knows both the victim and the shooter. He said Lundy is a youth counselor, but according to Clark, he also said it was the victim who turned the argument into a physical confrontation.

“They were talking about Halle Berry playing the part of Aretha Franklin in a movie, and that’s when I asked the question, ‘how is Aretha doing,’ and they said she died five minutes ago,” said Clark.

Clark said the men ended up on the ground fighting and fellow customers had to break it up.

However, once the men were in separate corners, Clark said Lundy went back for more.

“Tony looked like he was coming back, so the boy reached for his gun and Tony ran,” said Clark.

Clark said Hatton waited a few seconds then followed Lundy. Everyone in the barbershop looked out the window in shock at what happened next.

“The way his arm was elevated I was assuming he was shooting over his head, but when I walked out there I saw Tony bleeding, and then I saw him fall down on the ground and I said, ‘oh man he’s dead,” said Clark.

Clark said Hatton shot Lundy from about 10 feet away right on the sidewalk, and then he walked up next to him as he lay on the ground.

Both men were treated by Suffolk Fire & Rescue before being taken to local hospitals.