Police: A 78-year-old victim had been strong-arm robbed by a man. He pushed her to the ground and stole her purse. 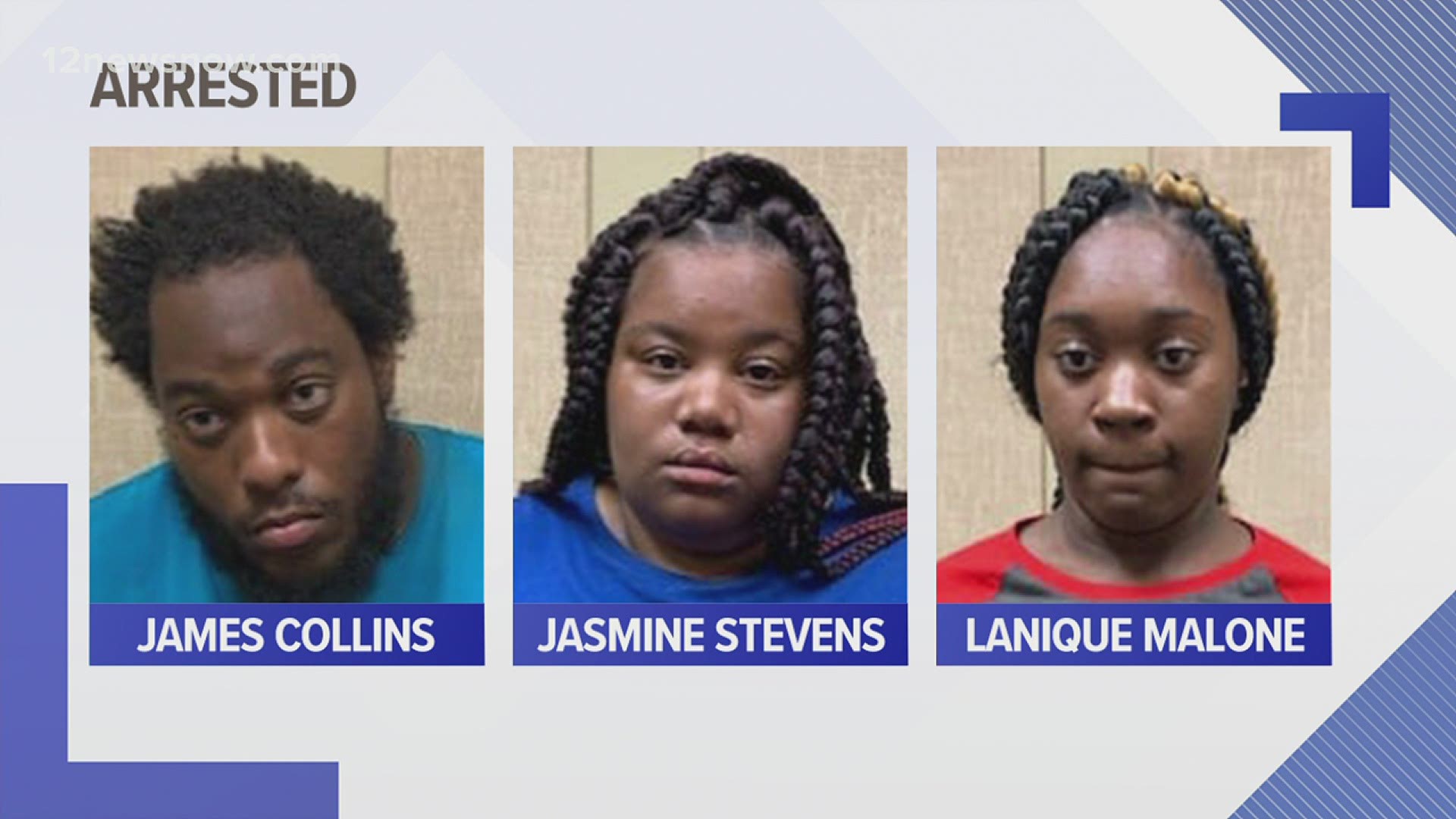 BEAUMONT, Texas — Two women and a man are behind bars charged in connection with a robbery that left a 78-year-old woman injured at a CVS pharmacy in Beaumont, according to a news release from the Beaumont Police Department.

It happened Tuesday around 1:45 p.m. at the CVS located at 2950 Dowlen Road. Beaumont Police officers arrived at the store after receiving a call about a robbery in progress.

When officers arrived, they spoke with several witnesses to gain more information about what happened.

Officers learned, “a 78-year-old victim had been strong-arm robbed” by a man. Police say he pushed her to the ground and stole her purse. He then exited the store and got into a newer model black Chrysler 200, according to the release.

Beaumont Police later spotted the vehicle on Highway 90, west of Major Drive, with three people inside. Officers arrested all of them after evidence was found linking them to the crime.

They were taken into custody without incident. Detectives questioned the two women and the man before transporting them to the Jefferson County Jail.

The initial robbery charge was enhanced to an aggravated robbery due to the victim’s age and injuries during the incident, police said.

Police have identified the three people as James Collins, 25, of Houston; Jasmine Stevens, 21, of Houston; and Lanique Malone 18, of Beaumont. They’re all charged with aggravated robbery.