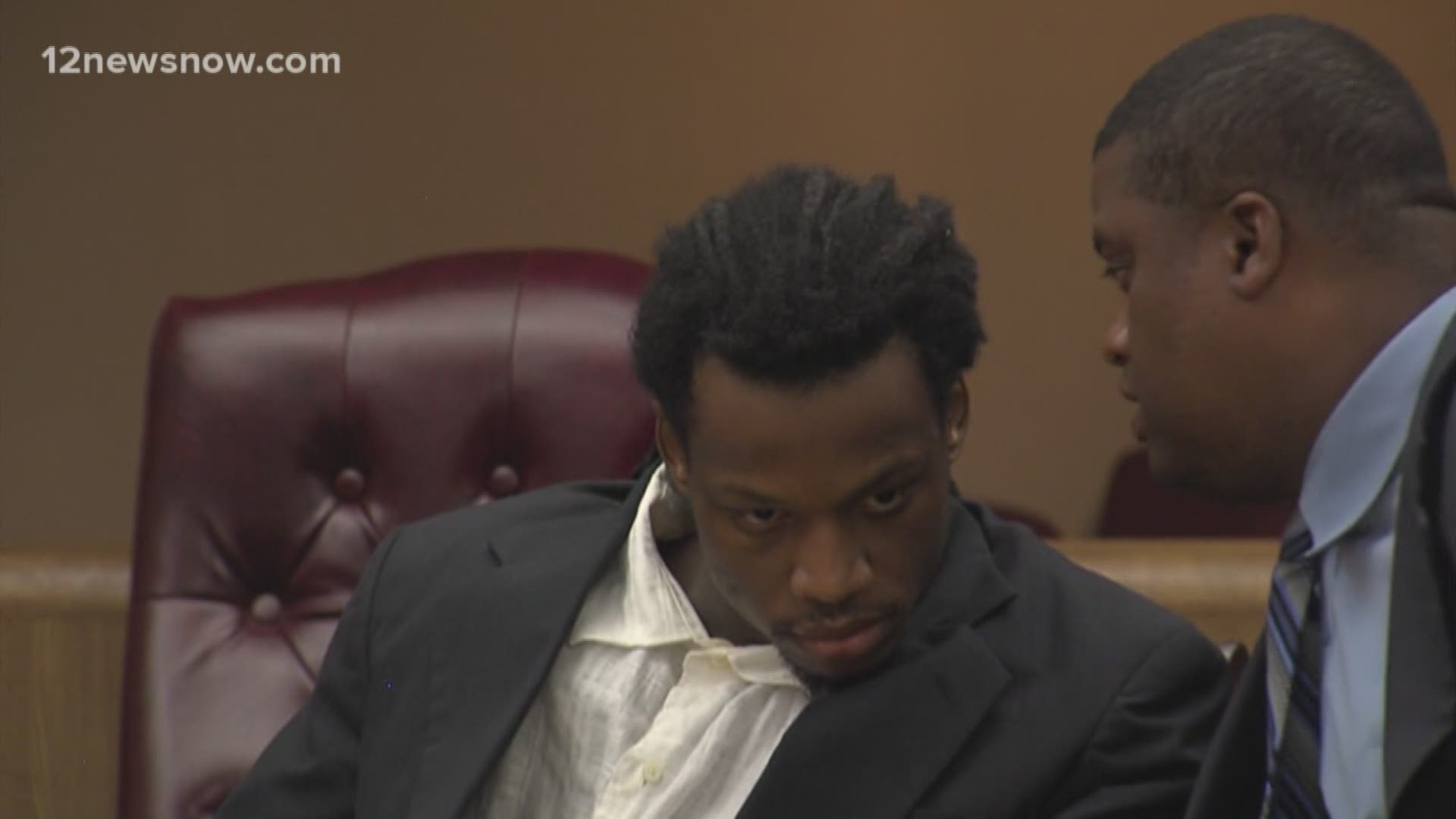 BEAUMONT, Texas — Testimony began Tuesday morning in the murder trial of a man accused in a March 2018 shooting death at a Port Arthur apartment complex.

The murder of Boudreaux, a self-proclaimed gang member, happened at the Avery Trace Apartments in the 4200 block of Highway 365 in Port Arthur according to prosecutors.

The day before the fatal shooting Boudreaux had confronted Jones at the apartment complex about a domestic violence incident between Jones and a woman according to prosecutors.

When Jones and Boudreaux ran into each other again at the complex Jones fired four shots killing Boudreaux almost instantly prosecutors said during opening statements.

Several witnesses said they heard the four shots and at least one attempted unsuccessfully to revive Boudreaux at the scene according to the prosecution.

Jones drove away from the scene before police arrived prosecutors said.

Jones’ defense attorney, Langston Adams, in his opening statement, said that no DNA evidence linked Jones to the scene of the crime.

Adams also said that witnesses identifying Jones in a “photo line-up” was not enough to show he committed the murder.