The U.S. Supreme Court denied a Jasper man's appeal who was convicted in the 1998 dragging death of James Byrd Jr., clearing the way for an execution date. 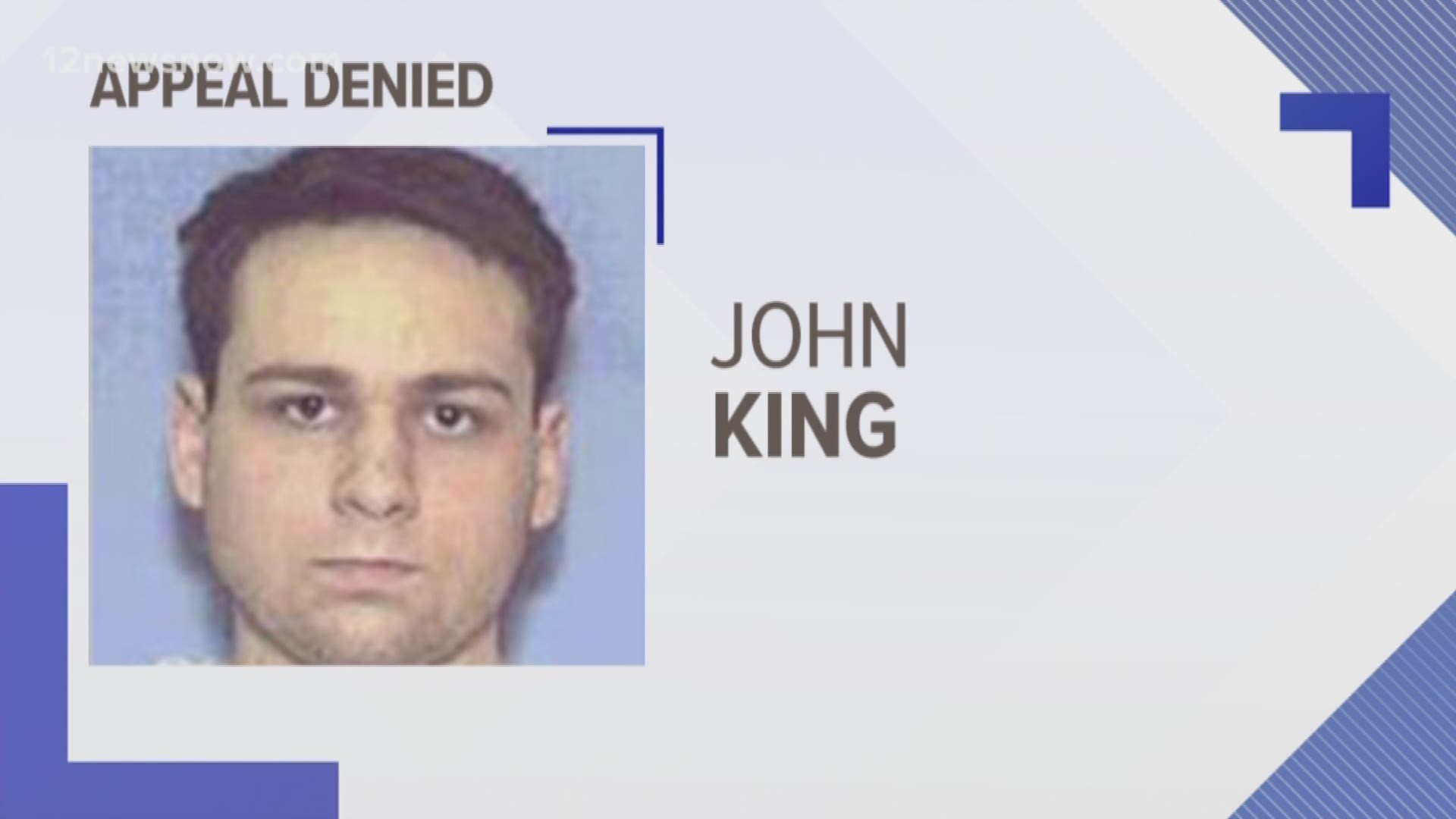 WASHINGTON D.C., DC — The U.S. Supreme Court denied the appeal Monday of one of the three men convicted of dragging James Byrd Jr. to his death 20 years ago.

Byrd, 49 at the time of his murder, was tied to the back of a pickup truck by three white men and dragged along a country road near Jasper, Huff Creek Road, on June 7, 1998. His head was decapitated when his body struck a culvert on the road. The rest of his body was dumped in the middle of the road between a church and graveyard.

John William King was one of three men later charged and convicted with killing Byrd, along with Lawrence Russell Brewer and Shawn Berry.

Lawrence Russell Brewer, 44, was executed in 2011 for the crime and Shawn Berry, 42, is serving life in prison.

The Jasper community shared with 12News in June how they are remembering James Byrd Jr. 20 years after his death and healing from the incident.

MORE | How the James Byrd Jr. Case affected the lives of law enforcement, journalists and lawyers

WATCH | James Byrd Jr. remembered after 20 years after his death

“Jasper County got a scar that runs from here to her and its healing, you can’t see that scar real good now but it’s still there," Newton County Sheriff Billy Rowles told 12News in June.

Rowles was the sheriff of Jasper County from 1998 to 2005 before becoming Newton County Sheriff.