The first suspect was arrested hours after the theft in Newton County. 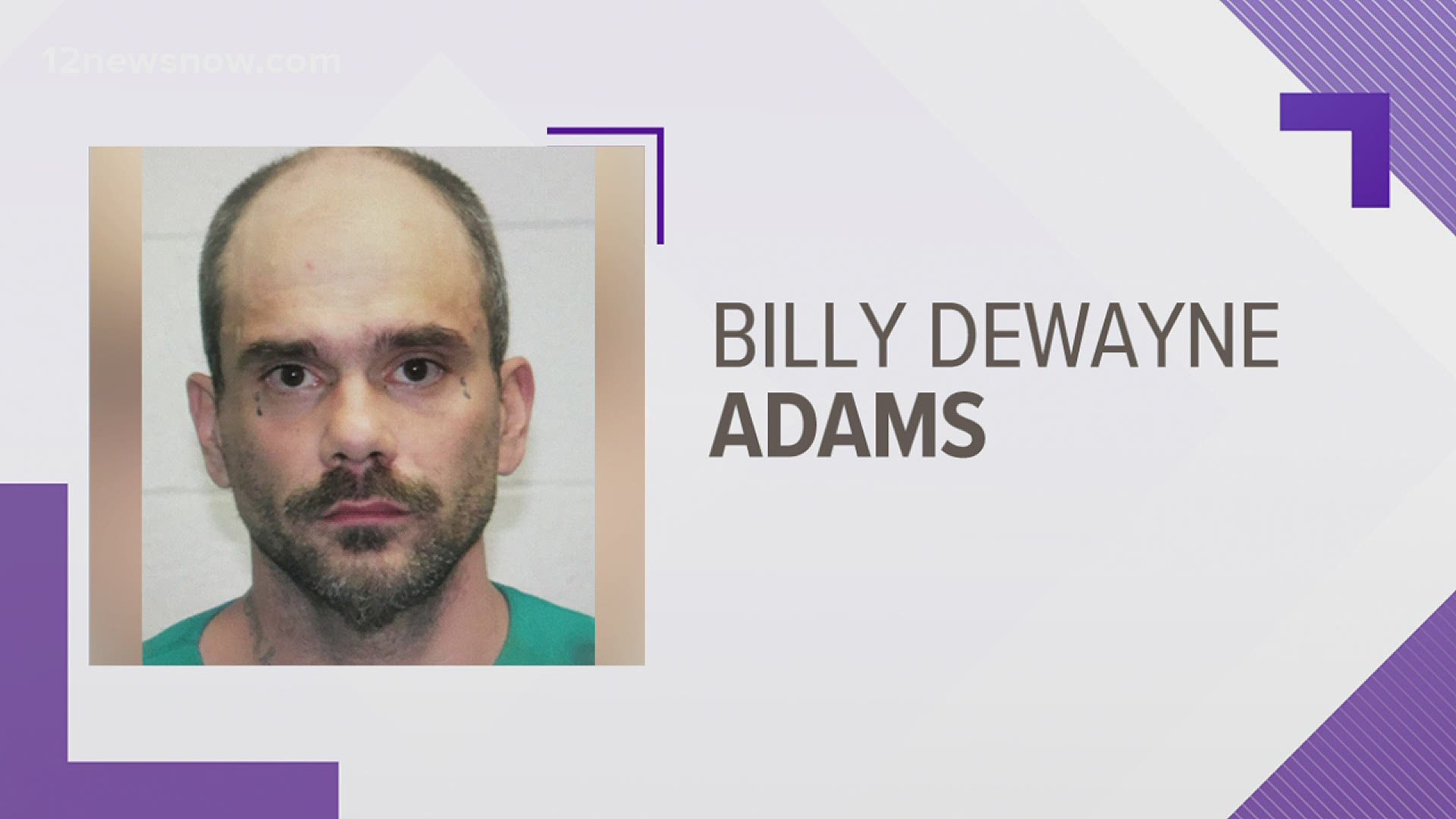 NEWTON, Texas — The second of two men wanted by in connection with an ATM theft at a Burkeville bank late last month has been caught in Louisiana.

Leo Burt Mitchell, Jr., was arrested Friday morning in Mansfield, Louisiana according to a news release from the Newton County Sheriff's Office.

Mitchell is suspected to have been involved with the attempted theft of an ATM machine at the Sabine State Bank in Burkeville on April 26, 2021, along with Billy Adams who is already in custody.

Deputies said they believed Mitchell had stolen a truck in the area where the two suspects were last seen.

On Friday morning Mitchell was arrested in the stolen truck by a DeSoto Parrish Sherriff's deputy according to the release.

When Mitchell was arrested deputies in Louisiana found 20 to 30 potentially stolen oil well batteries in the bed of the pickup the release said.

Further investigations on the scene located about 20-30 oil well batteries  in the bed of the pick-up truck that maybe stolen property.

The Newton County Sheriff’s Office released pictures of the suspects who deputies say tried to break into an ATM at Sabine State Bank on Monday morning, April 26, 20921.

The bank is located off Highway 63 near Burkeville. When deputies got there, two men took off in a Honda. One suspect was wearing a ski mask and the other was seen without a mask.

About two miles away on County Road 2121, the men ditched the car and ran into the woods. Officers arrested one suspect, Billy Adams, 38. He was arraigned and charged with theft of property. He was booked in the Newton County Jail on a $75,000 bond.

Deputies say they believe Mitchell is responsible for the theft of a gray 2017 Ford pickup truck with a Louisiana license plate number C0549061. The truck was stolen in the immediate area where the suspects were last seen fleeing into the woods on Highway 692, according to a Newton County Sheriff's Office news release.

On April 28, 2021, an Arrest Warrant was issued on LEO BURT MITCHELL JR., he is charged with THEFT and is a primary suspect in connection with the stolen 2017 Ford F-150 pickup truck taken in Burkeville.

Preliminary investigations on the scene revealed that a DeSoto Parrish Deputy made contact with  Leo Mitchell on Rock Chapel in Mansfield, Louisiana. Mitchell was identified by the Deputy and the pick-up truck was listed as stolen by NCSO. Mitchell and an unidentified female were detained. Mitchell was taken into custody, and the truck was recovered.

Currently, additional charges by DeSoto Parrish are unknown or rather the female is going to be charged. DeSoto Parrish advised that they will notify us when the truck is ready to be released.   Further investigations on the scene located about 20-30 oil well batteries  in the bed of the pick-up truck that maybe stolen property. NCSO will provide updates when they become available.