Within about 30 hours, the home was invaded by three suspects before being shot at. Hours later, it went up in flames 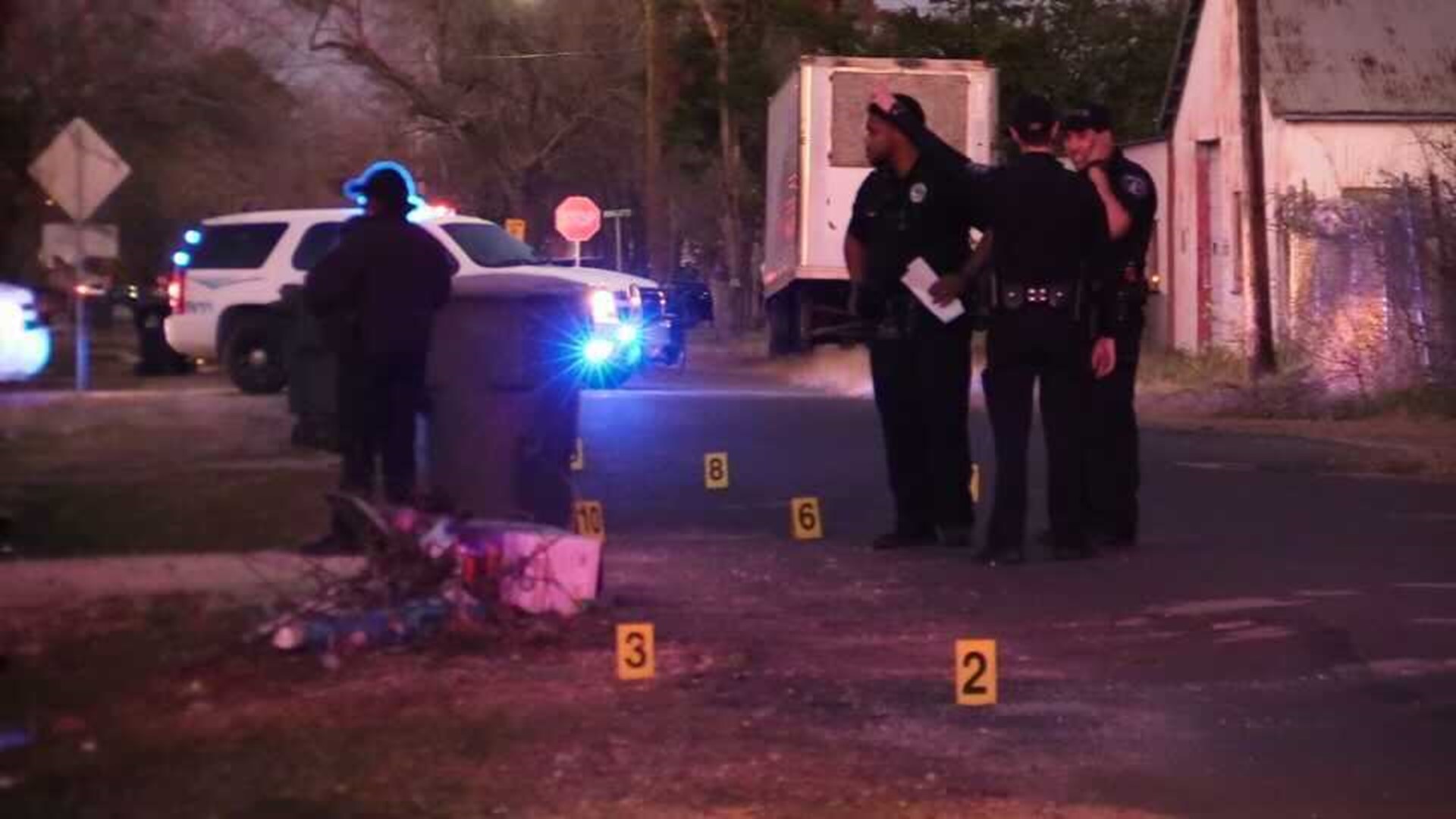 PORT ARTHUR, Texas — Police are working to put together the puzzle pieces after a bizarre series of events at a home in Port Arthur.

On Sunday night, a home invasion turned deadly when one of three suspects was shot and killed. Then on Monday, shots were fired at that same home on 18th Street.

Overnight, the house went up in flames. Police haven't said what the motive is in the case, but they are working to find out if all three incidents are connected.

The homeowner is being cooperative with investigators according to Port Arthur Detective Mike Hebert.

It's not clear yet why that family was targeted, but two of the home invasion suspects still haven't been caught.

The house is located at the corner of 18th and Dequeen Boulevard.

"This wasn't a random act on the home invasion. We believe the house was specifically targeted," Hebert said.

"One of the suspects was shot and killed by the homeowner himself, defending his family," Hebert said.

That family included a woman and two young children. Hours later, a drive-by shooting happened at the same address.

"No one was in the house at the time," Hebert said.

Then, a few hours after the shots fired call, the house went up in flames.

"Port Arthur fire investigators are handling that part of the incident," Hebert said.

Police are working to figure out if all three incidents are connected.

"We can't say for sure, obviously if it was related but there is a high probability they were all part of the same individuals," Hebert said.

While speaking with Port Arthur Detective Mike Hebert, we learned the suspect who was shot and killed and the homeowner knew each other.

The suspect who was shot and killed has been identified as Terence Ellies.

The 27-year-old has been arrested in the past for assault, several times for deadly conduct and for making terroristic threats.

As for the homeowner, Detective Hebert said all evidence points to self-defense.

"It's standard practice here that when we have an incident like that to, we give all the information we have over to the district attorney's office for review and they will make the ultimate determination," Hebert said.

12News spoke with the mother of the two boys who were inside the home. She doesn't live there.

She said her 5-year-old is taking it the hardest because he had a gun pointed at him.

She said overall, the two children are shaken up but physically okay.