Fieramusca was also indicted on a charge of kidnapping in relation to the alleged abduction of Broussard’s newborn baby. 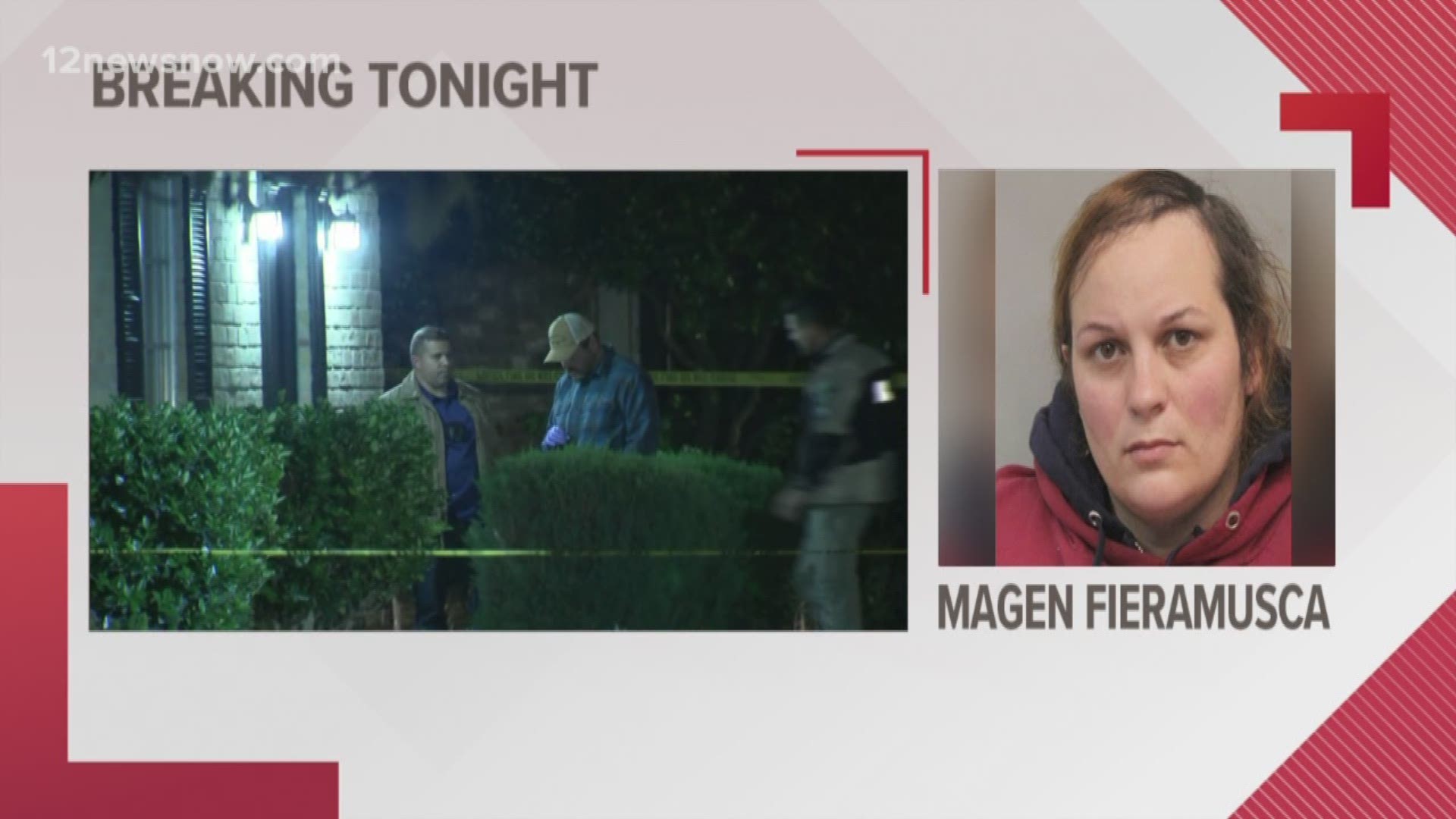 AUSTIN, Texas — Magen Fieramusca was indicted on a charge of capital murder by terror threat on Tuesday in connection with the death of Austin woman Heidi Broussard.

Fieramusca was also indicted on a charge of kidnapping in relation to the alleged abduction of Broussard’s newborn baby.

Broussard and her newborn daughter, Margo Carey, went missing on Dec. 12 from their South Austin apartment.

She was found strangled to death in the back of Fieramusca’s car Dec. 19 in Houston, according to authorities.

According to the indictment, on or about the day of Dec. 12, 2019, in the course of kidnapping Broussard and Margo, Fieramusca asphyxiated Broussard, intentionally causing her death.

A friend told KVUE's Bryce Newberry that Broussard, 33, and Fieramusca, 34, met when they were 11 at a church camp.

Timeline: What we know about Austin mom Heidi Broussard and baby Margo Carey

Margo was returned from foster care to her father, Shane Carey, after the incident. Officials said she was unharmed after being found inside the home where Fieramusca's vehicle was found. A family member told KVUE Margo had her two-month check-up Tuesday and is "healthy as can be."

Fieramusca remains in custody on further charges of kidnapping and tampering with a corpse. She’s expected to face a Travis County judge on Feb. 3.

Her first court appearance was originally scheduled for Thursday, Jan. 2, but the district attorney's office told KVUE that at the request of Fieramusca's attorneys, it was reset. The court confirmed that Fieramusca does not have to appear in person at the hearing.

The formality hearing is scheduled to take place at 9 a.m. at the 460th District Court before Hon. Geoffrey Puryear. He was appointed to the court by Gov. Greg Abbott in November.

"As with every American accused of a crime, unless the State can prove these allegations beyond any reasonable doubt, Ms. Fieramusca is innocent."

RELATED: Unsealed affidavit reveals what may have happened to Heidi Broussard before her death

Brian Erskine, another defense attorney representing Fieramusca, also released a statement on Tuesday after learning of her indictment:

"As stated before, we are anxious to review evidence collected thus far and have many of the same questions you do. Unfortunately, despite our continued and persistent requests, the government has yet to disclose any evidence against our client. Sadly, we learned of the capital murder indictment from the media today.

The only thing that has been released by the government is our client’s protected HIPAA information. While we have taken steps to cure this improper disclosure, these actions beg the question whether this case will be tried to the media or to a court of law.

While we all want to believe the government is on the level, justice delayed is still justice denied. Law enforcement ought to seek justice with fair dealing, and an investigation that seeks to indict and convict based on cognitive bias that law enforcement already has the culprit, misses this seeking justice necessity. Exculpatory and mitigating evidence has a shelf-life, and too many individuals in our criminal justice system have been delayed or denied this information. We cannot act to fairly and vigorously represent our client when we start defending her with our hands tied and eyes blindfolded. Justice ought to be blind, not the defense.

We are exploring all options at our disposal to vigorously represent Ms. Fieramusca. The prosecution’s refusal to provide us with information at this time is contrary even to their own policies, yet this is where we are. Those accused, as well as the public at large, understandably want swift and certain answers from our criminal justice system. We call upon patience and resisting the rush to judgment until all the facts are in. Unless the State has proven these allegations beyond any reasonable doubt, Ms. Fieramusca remains innocent."

Oscar Mayer Wienermobile gets pulled over, fans grill up jokes