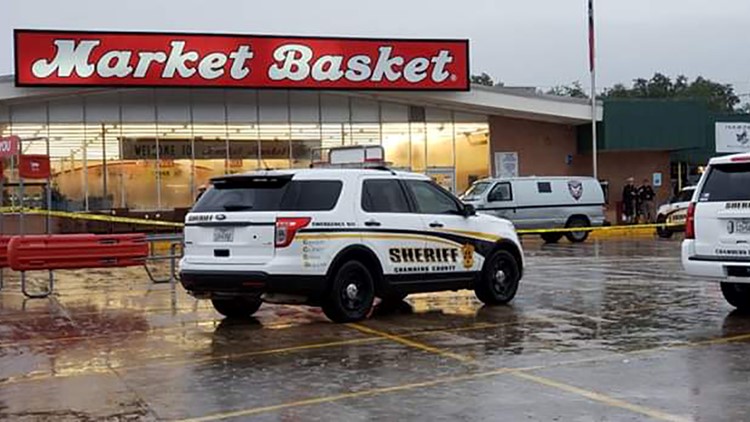 WINNIE, Texas — Chambers County deputies are investigating after a deputy came upon a possible armored car robbery in Winnie on Wednesday morning.

A deputy driving past the Market Basket on Texas Highway 124 at about 6:30 a.m. Wednesday noticed two men running through the rain in the store’s parking lot according Chambers County Sheriff Brian Hawthorne.

When the deputy pulled into the parking lot he found an armored car guard on the ground behind a Rochester Armored Car van in front of the store the sheriff told 12News.

When the deputy went to aid the guard he was groggy and told the deputy he didn’t know what had happened.

The guard was unsure if he had been assaulted or how he ended up on the ground according to Sheriff Hawthorne.

The deputy noticed that the back door of the van was open and that it did appear that a bag was missing but investigators are waiting on confirmation from the armored car company according to Hawthorne.

Chambers County Sheriff’s Office investigators are leading the investigation with assistance from the FBI.

Chambers County Sheriff's Office
Sheriff Brian Hawthorne reports that on October 8 at approximately 1... 1:30 a.m. Chambers County Sheriff's Office deputies responded to a 911 report of shots fired at a house located on Beaumont Street in Anahuac. Two gun shots were reportedly heard and a gray Chevrolet Avalanche was seen leaving the residence being driven by a possibly black or dark Hispanic male.