After police learned that a Chevy Tahoe may have been involved patrol officers were able to locate the SUV. 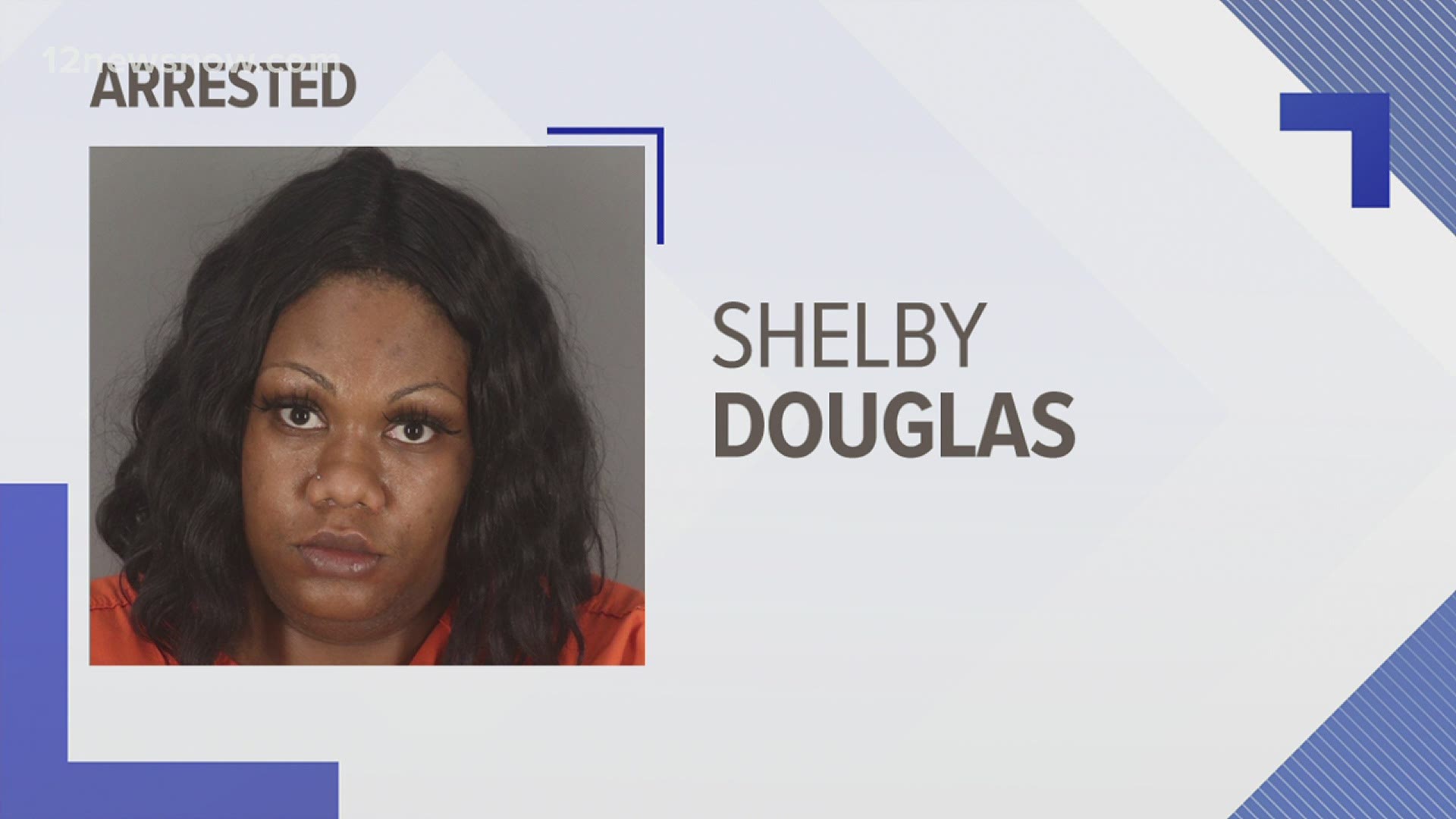 BEAUMONT, Texas — A 28-year-old Beaumont woman is in jail in connection with a fatal hit-and-run that killed a 70-year-old pedestrian early Sunday morning.

Beaumont Police were sent to the 1800 block of South Major Drive at about 5:30 a.m. Sunday in reference to a fatal hit-and-run and found a the body of Russell Guillory, 70, of Cheek, according to a news release from the Beaumont Police Department.

After police learned that a Chevy Tahoe may have been involved patrol officers were able to locate the SUV the release said.

Officers detained the driver, Shelby Mone Douglas , 28, of Beaumont, and while questioning her she admitted to hitting Guillory and leaving the scene according to the release.

She was arrested and taken to the Jefferson County Correctional Facility where she was booked on charges of "failure to render aid, serious bodily injury/death" the release said.

According to jail records Monday morning, bond for Douglas, who remains in the jail, has not yet been set.

Officers are continuing to investigate.

On Sunday, April 25, 2021, at 5:30 a.m. Beaumont Police responded to the 1800 block of S. Major Drive in reference to a pedestrian hit and run fatality accident. Officers arrived and located the victim deceased on scene.

Information was received about a Tahoe that was possibly involved and patrol units subsequently located it. The Tahoe had damage to the front end of the vehicle. The driver was detained and questioned. During questioning, the driver admitted to hitting the pedestrian and leaving the scene. The driver is identified as Shelby Mone Douglas, age 28 from Beaumont. Douglas was taken to the Jefferson County Correctional Facility and booked in for failure to render aid, serious bodily injury/death.