Police responded to the call Thursday night at the D & D Drive In convenience store in Beaumont's north end. 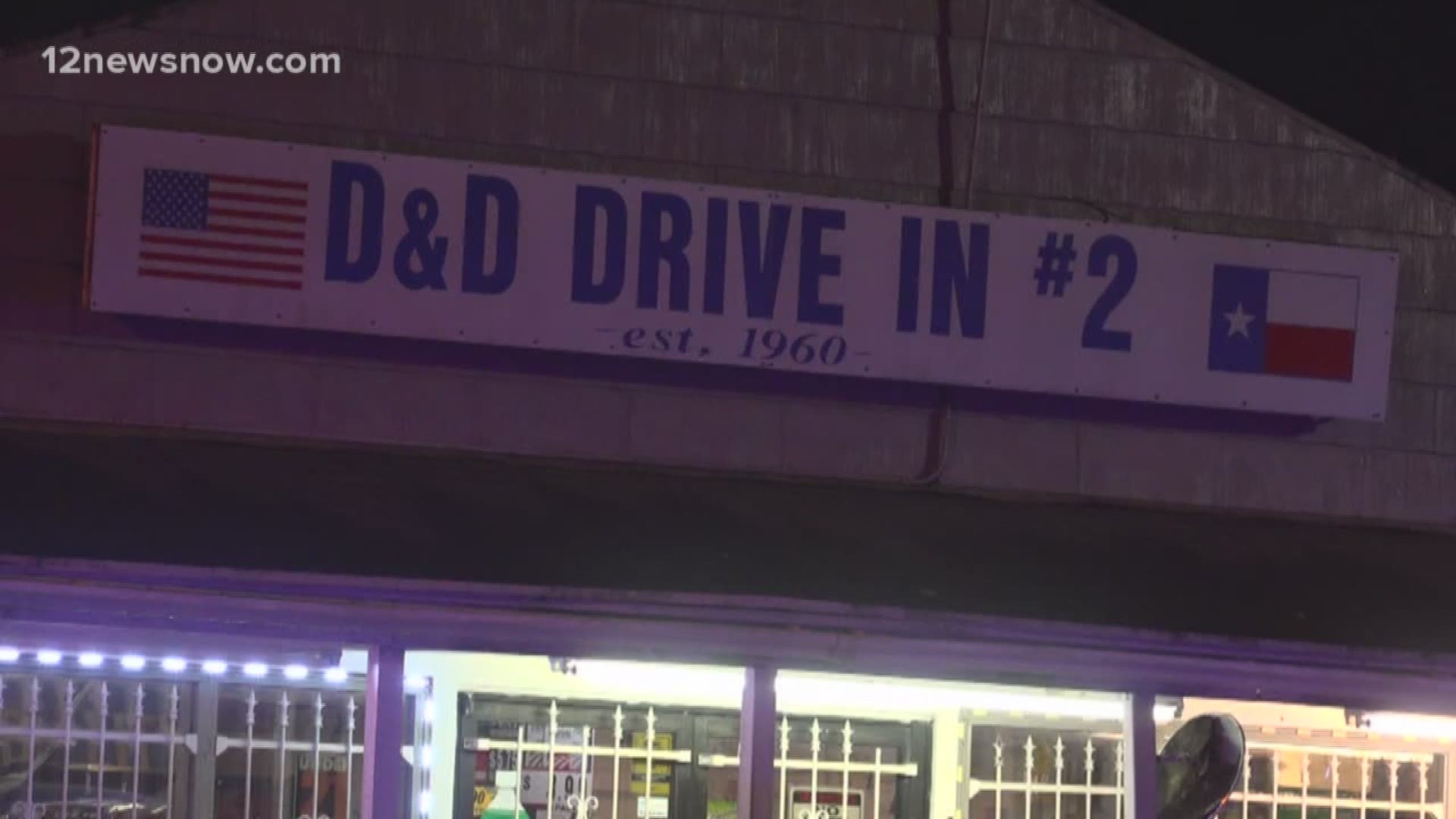 BEAUMONT, Texas — A man is recovering in the hospital after being shot at a convenience store.

Police responded to the call around 10:30 p.m. Thursday at the D & D Drive In convenience store in the 4400 block of Magnolia Avenue.

The victim was found inside the store with a gunshot wound, according to a news release. The man was taken to St. Elizabeth Hospital and is expected to live.

Witnesses told police a white Chevrolet Tahoe drove by the store and someone fired shots at the victim. The man was shot as he was running inside of the store, the release said.

The suspect fled the scene and has not been found. A description of the shooter hasn’t been released. This is an ongoing investigation.

On Thursday, May 14, 2020, at 10:22 pm, Beaumont Police officers responded to a victim of a shooting at 4490 Magnolia, D&D Drive in. A male victim was located inside the business with a gunshot wound. EMS transported this victim to St. Elizabeth Hospital and he was listed in stable condition.

Witnesses described a white, Chevrolet Tahoe, drive by the business and fire gunshots at the victim. The victim was shot as he was running inside the business. The investigation is still on-going and we are urging the public with any information to please contact the Beaumont Police Department at 409-832-1234 or Southeast Texas Crime Stoppers at 409-833-TIPS (8477).

14 days after reopening where is Texas in the fight against coronavirus?