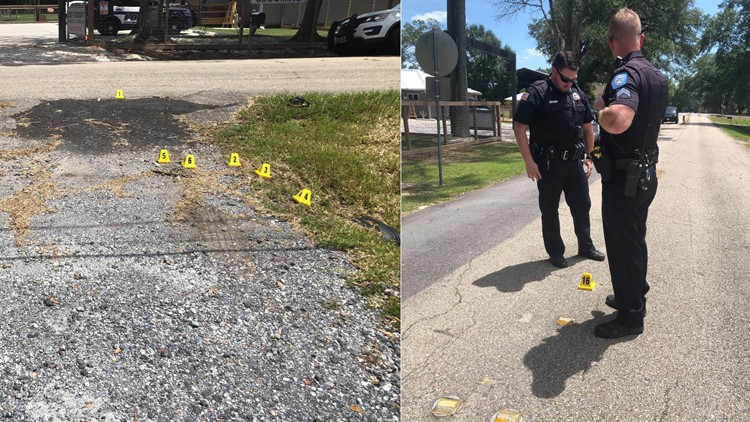 BEAUMONT, Texas — A Beaumont man and his family are on edge after they say multiple shots were fired outside their home in thecity's west end.

The incident occurred on the 600 block of Pinchback Road around 10:30 p.m. on Wednesday.

Jared Ganze, who witnessed the incident said, "The way my kids started screaming when they heard the shots, I don't wish that on my worst enemy."

Ganze tells 12News that he saw two cars park alongside one another when the shooting began.

He says he could see the flash of gunfire between the cars.

"We were sitting outside on our front porch and two cars and then two cars come off of College," Ganze said. "One of them was a black or dark blue Chrysler 300 and then a silver car pulled up next to it, that's when shots rang out."

He says the cars then sped off toward Calder Avenue and his wife quickly called 911.

Police returned to the scene on Thursday and found 16 shell casings that appeared to come from an AR-15, according to Ganze.

He says investigators told him no one was struck by a bullet, but they are continuing to investigate.

The frightening experience still resignates with Ganze and his family.

He bought his wife a pistol on Thursday for protection and hopes police catch the people responsible for scaring his children.

"I really hope they catch whoever it was because it really made me mad," said Ganze. "My kids were outside, traumatized my wife and kids."