One of the children told deputies his 9-year-old brother has been dead inside the apartment for a year. 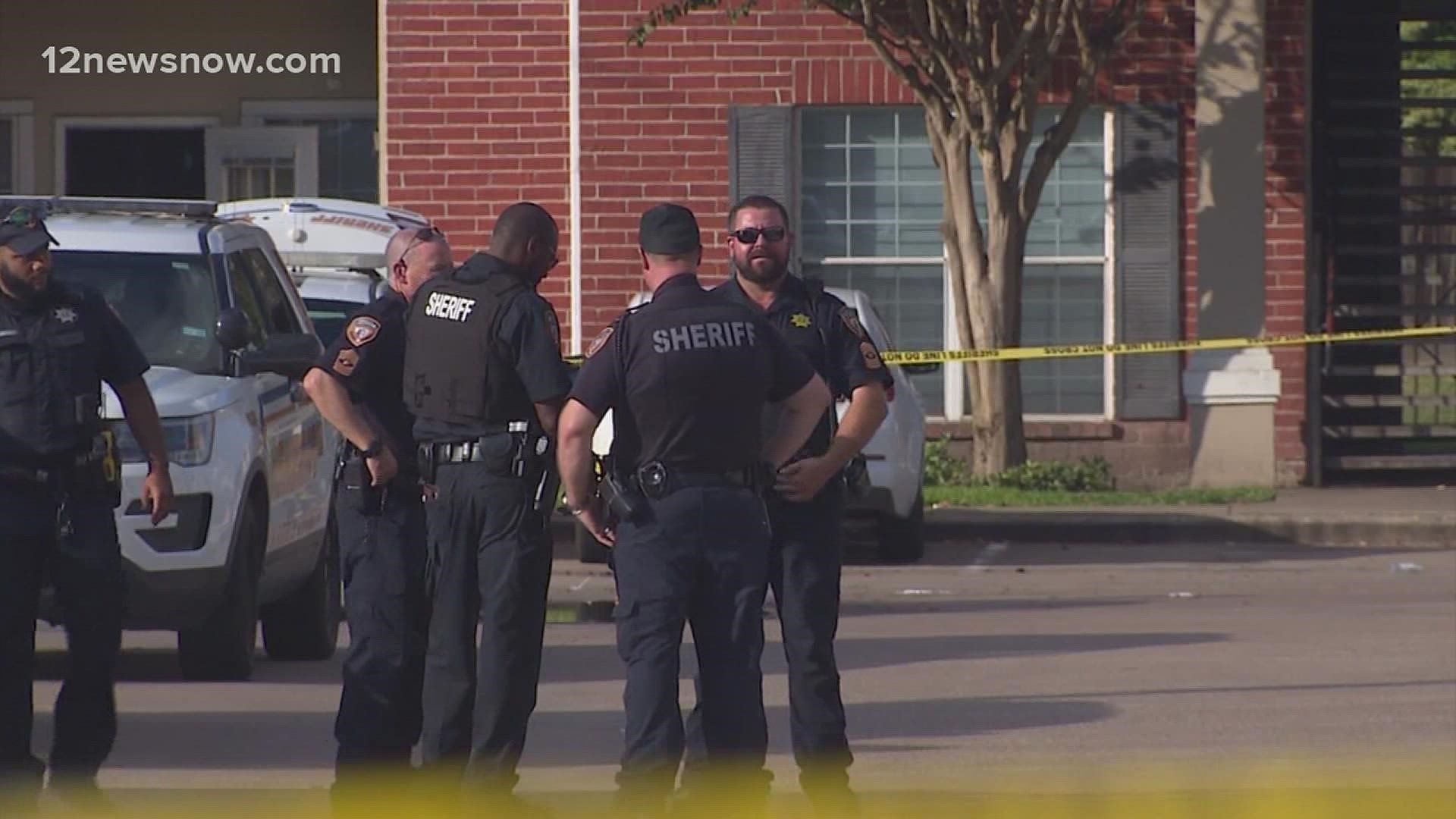 At about 3:15 p.m. Sunday, deputies said they received a call from a 15-year-old who claimed his 9-year-old brother has been dead for a year and his body was in a room next to his in an apartment in the 3500 block of Green Crest, near Addicks-Clodine and the Westpark Tollway.

The teenager then told deputies his parents hadn't been living in the apartment with him and his two younger siblings for several months.

Deputies went to the third-floor apartment and found the three children alone as well as the skeletal remains of a small child. Deputies said the remains appeared consistent with the age provided by the 15-year-old.

The younger siblings, who Harris County Sheriff Ed Gonzalez said were 10 and 7, appeared malnourished and showed signs of physical injury, according to investigators. They, along with their 15-year-old sibling, were taken to a nearby hospital to be treated.

Watch Sunday's update from Sheriff Gonzalez in the video player below:

The mother of the children and her boyfriend have been located and were being interviewed by homicide investigators as of Sunday night.

Sheriff Gonzalez said in a tweet Monday morning that the mother and her boyfriend were released. No charges have been filed.

KHOU 11 News has also learned that the children's mother and others would occasionally bring the children food, but officials said it appears, for the most part, they were left to fend for themselves.

There are no new developments this morning regarding the scene on Green Crest. Mother and her boyfriend were located, interviewed and released. CPS is assisting with the children. Our investigation remains on-going. No charges have been filed. #HouNews

"In our experience, it's always best to not speculate and just let the investigation take its course, but a very disturbing set of circumstances, so we definitely want some answers for these children," the sheriff said.

UPDATE: Just got off the phone w/ @HCSOTexas -- they say the children's mother & boyfriend are detained & being questioned, still no charges have been filed. They say the children are in state custody. CPS sent us this statement saying they're now investigating. @KHOU pic.twitter.com/koZraplXle

Becca, a mother who lives in the apartment complex, was devastated to learn about this situation. She said this hits her especially hard because she’s a mom.

The cause of death of the deceased child will be determined by a medical examiner.

A representative for the apartment’s management company declined to talk to our reporter on scene.

This is an active investigation.

Check back for updates.

Watch raw video from the scene below:

Heartbreaking. @HCSOTexas units are at an apt complex at 3535 Green Crest, near Addicks Clodine & Westpark Tollway. Units found three juveniles abandoned in an apartment. Skeletal remains, possibly of another juvenile, were also found inside the unit. #HouNews pic.twitter.com/uVcybOugM9