Lively Stratton, a 22-year-old Beaumont man, was arrested and charged with four counts of murder 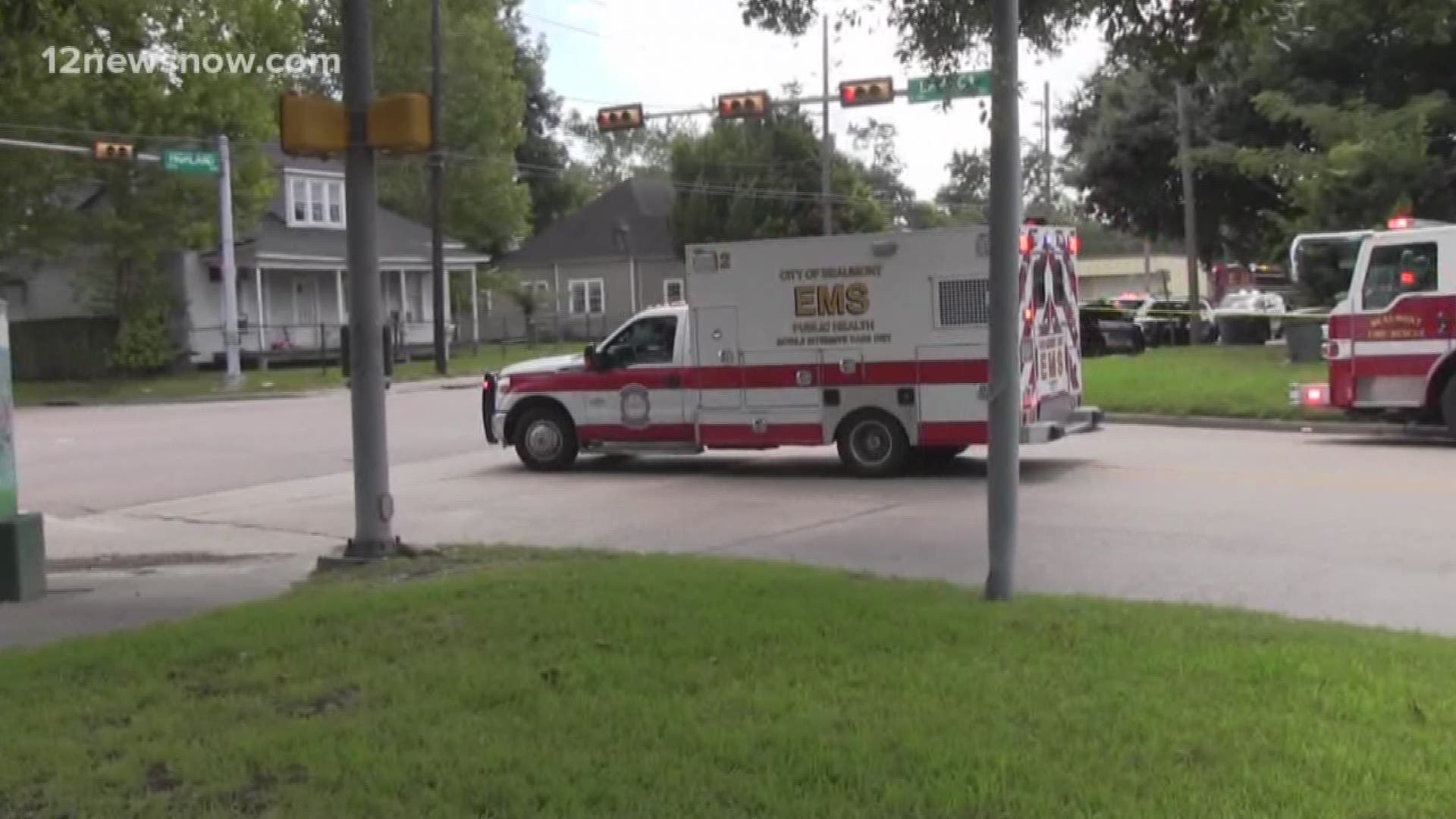 BEAUMONT, Texas — As he was dying, one of four men shot and killed on Sunday identified the suspected shooter to a Beaumont Police officer, according to newly obtained court documents.

In the probable cause affidavit obtained by 12News, a Beaumont patrol officer reported hearing shots fired while on patrol in the 4100 block of Highland Ave. at 12:10 p.m. Sunday.

When the officer walked up the stairs to the apartment, he said he could hear someone moaning from inside, according to the affidavit.

Police say Sutton and Bellard were pronounced dead at the scene. Wyatt and Rideau were still hanging on to life.

Credit: Family
Four men were shot and killed at a Beaumont apartment Sunday

The police officer who entered the apartment asked Rideau who shot him. Rideau responded, "Lively," in what police described as a "dying declaration" in the affidavit.

Beaumont Police originally referenced Stratton as a person of interest in the case.

As detectives investigated, witnesses told them that Stratton had been at the apartment before the shooting and had been having problems with the victims.

Witnesses told police that Stratton had been threatening the men in the apartment and even some witnesses at the scene.

The apartment is no stranger to police, according to BPD call data obtained by 12News.

The call logs show that Beaumont Police had nine calls for service before the quadruple shooting on September 29. Among the most serious calls to police was one for shots fired on Oct. 5, 2018.

Officer Riley said that Stratton lived with the four men and shots were fired as a result of a disturbance between the roommates.

However, the owner of the apartment complex, who asked to remain anonymous, told 12News that only Rideau and Stratton were listed on the lease. The complex's owner said he is not sure why the other men were apparently living there.

"I just want him back"
Shannon Sutton's mother, Roslyn Sutton, spoke to 12News about her son.

He was the youngest victim in Sunday's deadly shooting at just 23 years old.

His family said he would have turned 24 on Tuesday.

"Like right now, he would probably want to see me smiling, but it hurts cause he is not here. He was young," said Sutton's sister Nagee Sutton.

Sutton fought back tears telling 12News about the moments she found out her brother was one of the victims.

"When they said it might have looked like a body like him, my heart dropped because he didn't answer the phone. And when they came out and told me, I just kept thinking he wasn't there but he was there," said Nagee Sutton.

Roslyn said his legacy will now live on through her.

"It's just really hard for the community and my heart really goes out to their family," neighbor Cynthia Flowers said.

"We all just need to come as a community, we all need to come together and just stop the violence," Beaumont resident Tonya Frank said. "We have children growing up here in this world."

"After Hurricane Harvey and the flooding then, people were just busy taking care of each other," she said. "This is sad. People don't realize that this is just adding so much misery to people who have lost so much." 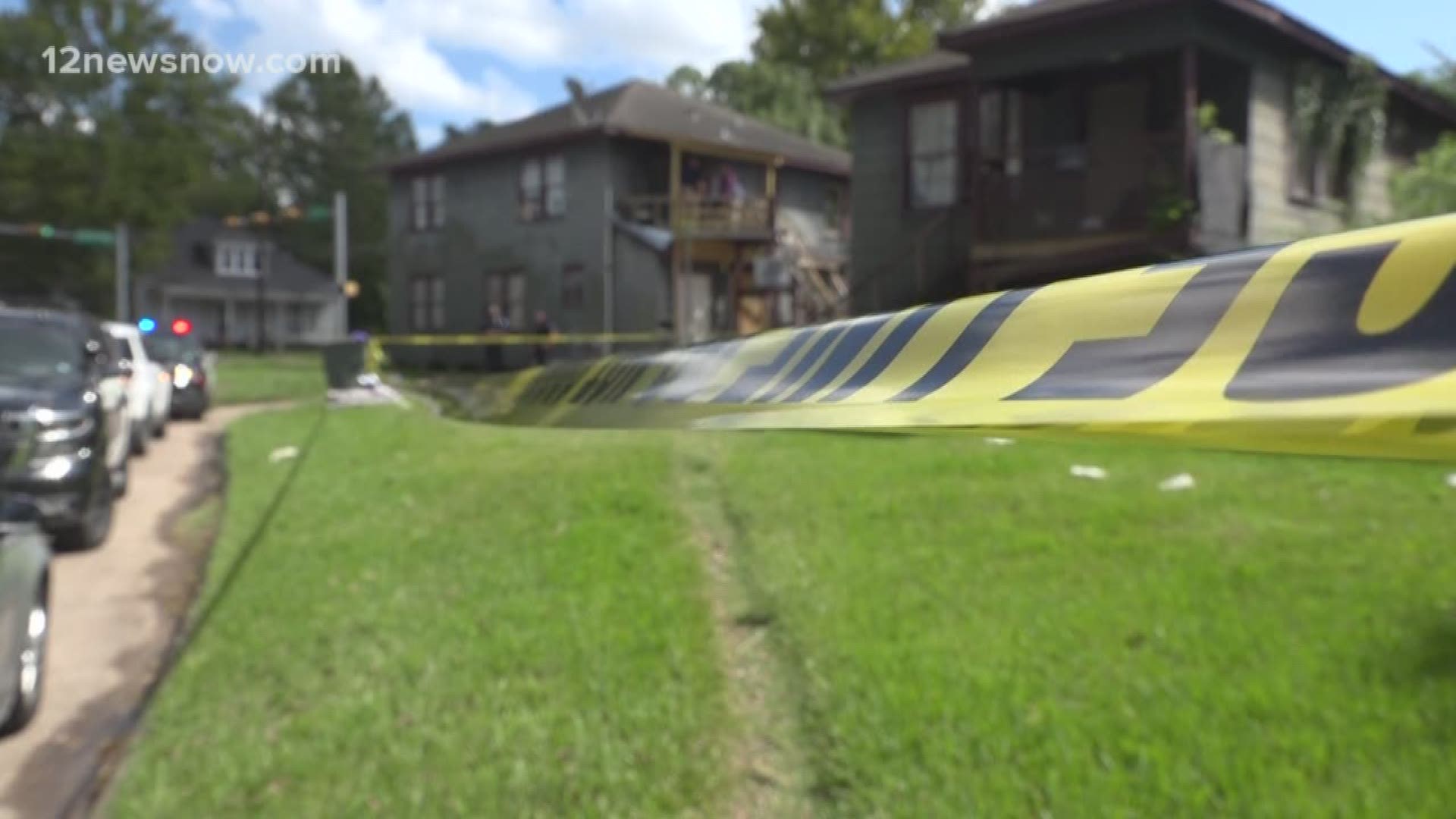