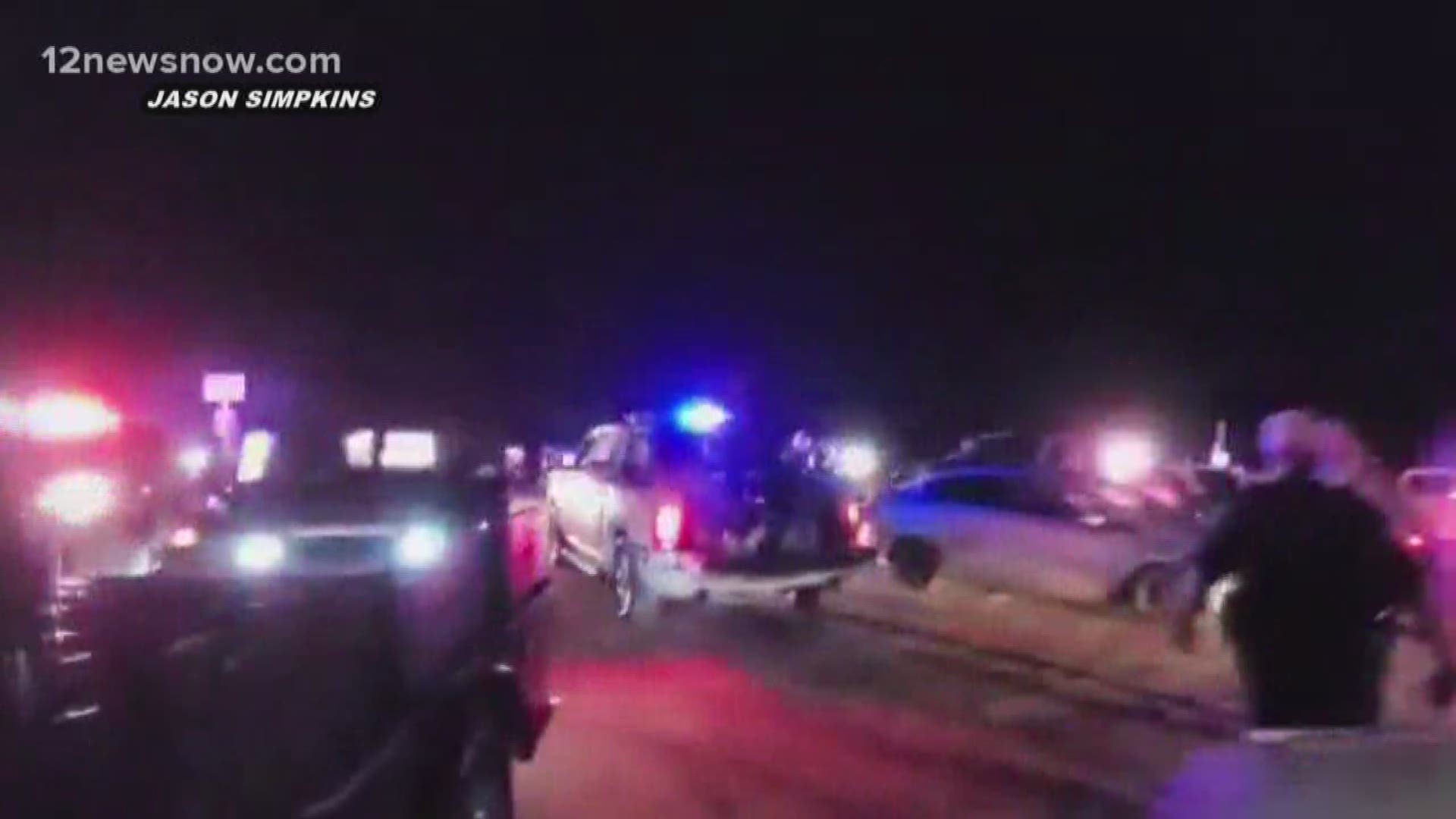 GALVESTON COUNTY, Texas — As thousands of people leave the Bolivar Peninsula after Go Topless Jeep Weekend, some are already planning for next year.

Bolivar resident Justin Weaver says he's not happy about what took place in his hometown over the weekend.

"I don't know why it's so hard for people just to show up and have fun these days," Weaver said.

Among many incidents, two people were shot after a fight. Both men were taken to the hospital.

"It disappoints me to see that kind of violence come to here because it's usually real quiet here. It's just disappointing to see that's the kind of thing that's happening," Weaver said.

Newly released numbers from the Galveston County Sheriff's Office paint the picture of the chaos they saw for the past few days. 189 arrests were made, and a majority of those were due to traffic citations and drug possession.

"We do what we can, we can not control individuals or what people do as far as their life. We just try to manage the best way and whatever scenario occurs," Trochesset said.

While thousands of visitors from across the region were beneficial for some local businesses, Bolivar Peninsula Chamber of Commerce President Brenda Flanagan that the arrests and shootings don't define the community.

"It's always sad when someone gets hurt on our beach, whether they are shot or there's an auto accident or whatever. It is a sad situation because we want our town, our Bolivar Peninsula is safe place for people to come," Flanagan said.

"Respect the beach and respect the people that live here and I'm not saying that to say I don't want anybody coming here," Weaver said.

The Galveston County Sheriff's Office is still compiling a report to see how many charges were filed after the nearly 200 arrests made over the weekend.

What will reopen on Monday in Texas?

Bull riding may be 1st US professional sport to welcome fans