Gov. Greg Abbott released a statement asking officers across the state to turn on their overhead lights in honor of Chad Walker. 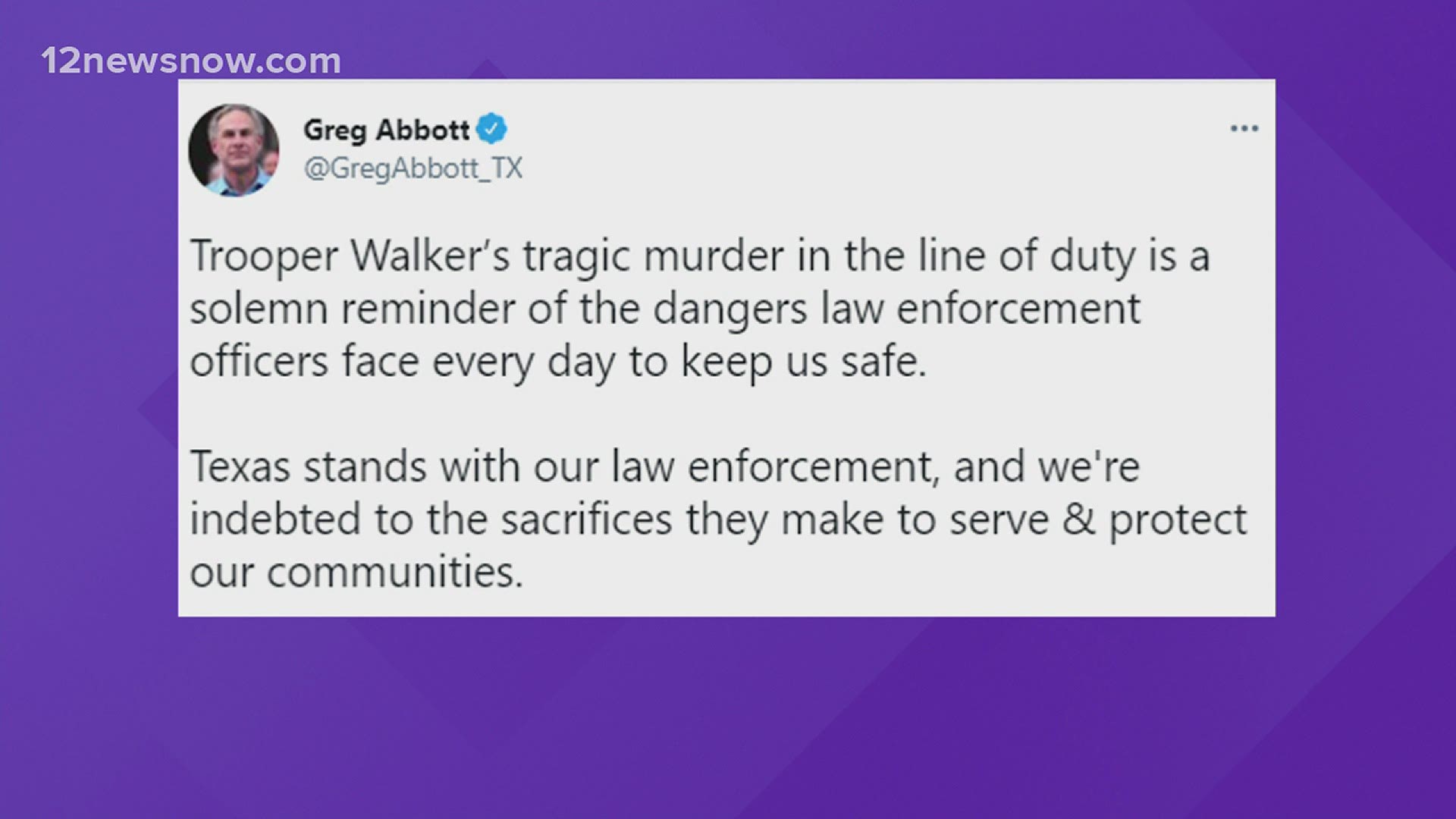 BEAUMONT, Texas — Law enforcement officers throughout Texas are honoring the life of fallen Texas Department of Public Safety Trooper Chad Walker. He was shot in the line of duty in central Texas last Friday. Walker suffered a traumatic brain injury and died Wednesday.

Gov. Greg Abbott released a statement on Wednesday asking all officers across the state to stop what they're doing for one minute at 1 p.m. Thursday to turn on their overhead lights to honor the fallen trooper.

"Our hearts are with the family and friends of Trooper Walker as they grieve his tragic death in the line of duty," Abbott said in the statement. "Trooper Walker's horrific murder is a solemn reminder of the dangers law enforcement officers face every day to keep our communities safe. We will always support law enforcement here in Texas, and we are indebted to the sacrifices that they make to serve and protect their fellow Texans. To honor Trooper Walker and all officers across the Lone Star State, I am asking law enforcement to turn on their red and blue flashing lights for one minute tomorrow afternoon at one o'clock, and I urge my fellow Texans to stand with our police and support them as they work tirelessly to keep our communities safe."

The Jefferson County Sheriff's Office did exactly that. DPS Troopers and other Southeast Texas law enforcement paused to honor one of their own Thursday afternoon at Ford Park.

Port Arthur Police and fire departments also paused to remember his service and sacrifice. They lined the seawall this afternoon as law enforcement officers around the state flashed their lights in a moment of silence

“Today we were able to come together give each other comfort talk to each other about our jobs, and it’s not just a sad occasion because we can come here and remember the dedication and the life that Trooper Walker gave,” said Crystal Holmes with the Jefferson County Sheriff's Office.

Walker was admitted to Baylor Scott & White’s Hillcrest hospital in Waco last Friday after he was shot in the head and abdomen while responding to a call about a disabled vehicle near Mexia, Texas, the Texas DPS Officers Association said in a release Saturday.

Before he could approach the vehicle on FM 2448 and Highway 84, the suspect, later identified as 36-year-old DeArthur Pinson Jr., appeared from the vehicle with a handgun and shot Walker, the association said.

Pinson Jr. fled the scene and triggered a Blue Alert across the state. On Saturday, he was found barricaded inside a home off Highway 84 near Mexia where he shot and killed himself, the association reported.

Walker was transported to the hospital where he was put on life support, according to a statement on the DPS Facebook.

Walker died Wednesday. He is survived by his wife and four children – a 15-year-old son, twin 7-year-old daughters and a 2-month-old daughter.

A GoFundMe was set up to help his family with medical, travel and funeral expenses. 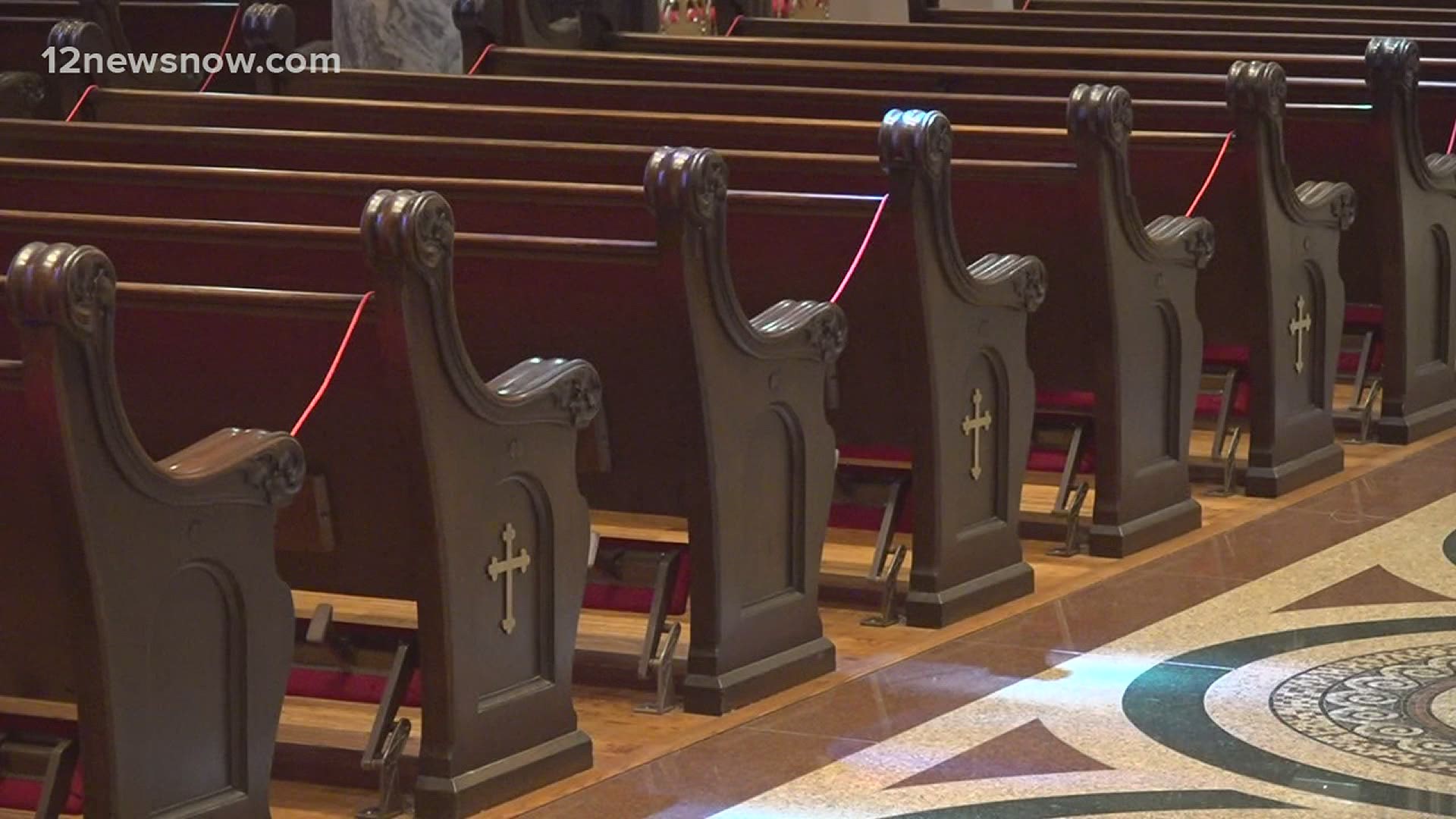