Family holds vigils for Derrick Cane and pray for justice

Family, friends and strangers alike gathered in Orange and Beaumont Wednesday to reflect on the life of Derrick Cane, 28. The woman who hit Cane has not been charged in the crash and loved ones are not happy. 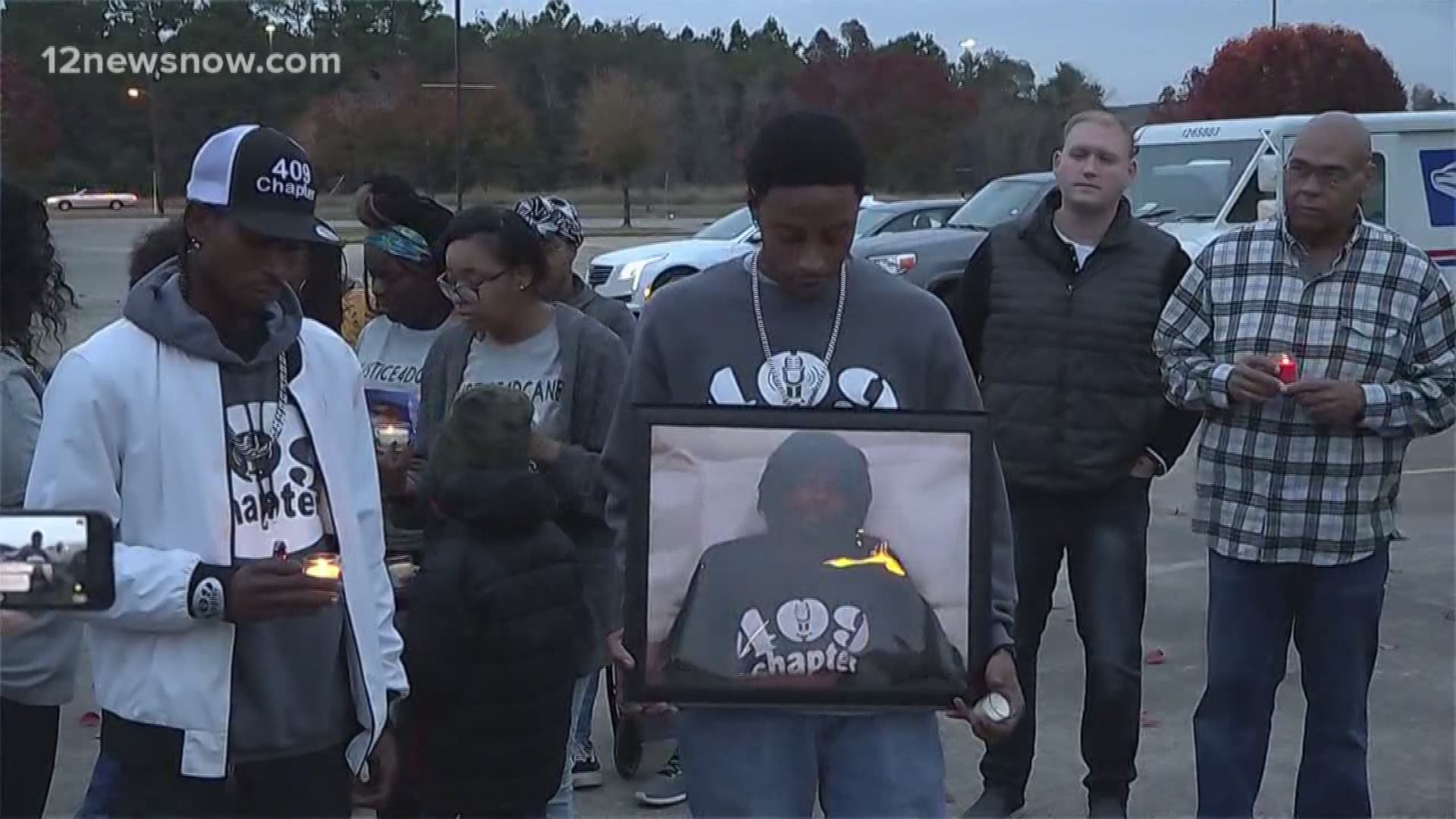 In Orange and Beaumont, loved ones and even strangers expressed their condolences for the passing of Cane as well as their thoughts on how his death is being investigated.

"It's not easy to get over a death," says Cane's sister Chrisdian Cane. "This is not a deer on the street or a bird, this is a human."

Derrick Cane, 28, was killed after being pinned between a car and a trash truck.

Orange Police have not charged the 18-year-old driver who hit Cane.

"I just want justice to be served," says Chrisdian Cane. "Right is right and wrong is wrong."

Residents in Orange came together in front of Community Church, just feet from where the accident occurred.

Mary Ekena didn't know Cane but set up the vigil.

Ekena says "He was doing his job, I feel like this young man just saw his family and his children for Thanksgiving."

Investigators are still looking to determine the cause of the crash.

12News has learned that a warrant was signed to allow investigators to do forensics work on the driver's cell phone.

Police told us, an initial search of the device, showed the woman wasn't texting or talking at the time of the crash.

Captain Robert Enmon said the driver also did a voluntary blood test, and they don't expect charges to be filed.

"You all just pray for us man, just pray for us," says 409 Chapter member Shedrick Cartwright. "This is like the hardest thing we've had to deal with in our life and it's just not going to be the same especially without DCane, he was the the light."

Since the group of four began making music, Cane had been singing for "409 Chapter," who are based out of Silsbee.

The band of four is now left with three and his musical brothers don't want his loss to be forgotten.

"He was the voice of this group and we want him to be remembered," says 409 Chapter member Thomas Cartwight. "That's why we're all here, we're here fighting for you DCane."

Captain Enmon also told 12News they are looking into whether the sun could have been a factor in the accident as well.

The 18-year-old woman was transported to the hospital following the crash.