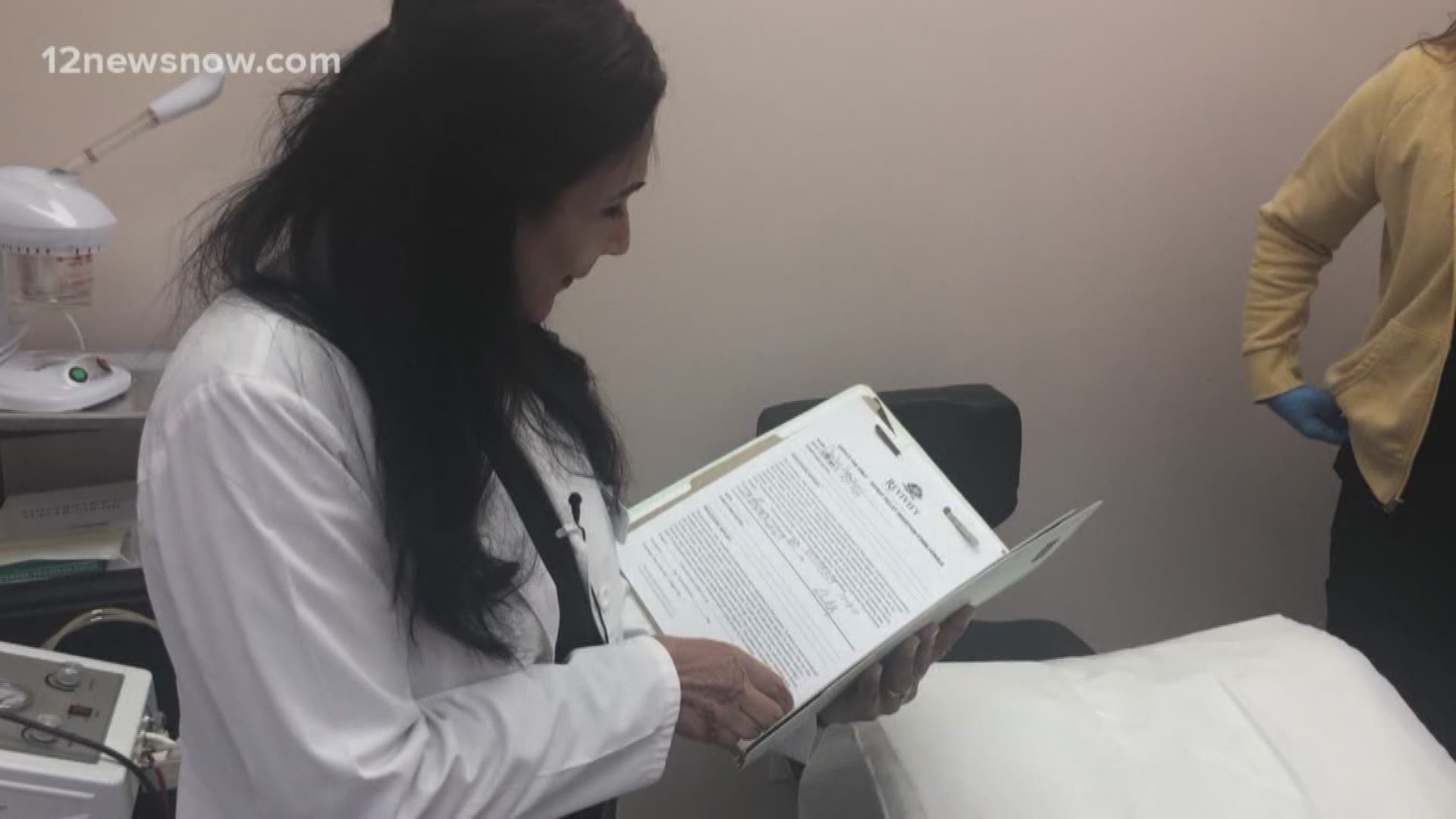 BEAUMONT, Texas — One Beaumont woman is thanking a tiny pellet filled with testosterone for turning her life around.

For most of her life, Virginia Coleman struggled with a hormone imbalance, and she says it affected her every single day.

“Just to get up and move was a chore," Coleman said. "I lived in my pajamas in front of the television."

For decades, she suffered.

“I had no quality of life. I felt like I was depressed but it wasn’t depression," Coleman said. "I just didn’t care about anything.”

She said nothing helped.

While she struggled with the imbalance, she was faced with another devastating battle. In 1999, she was diagnosed with breast cancer and had to be taken off hormone medications.

“They caught it on a routine mammogram and did a lumpectomy and saw that there were cancer cells," Coleman said.

She tells us, the breast cancer wasn't hormone related and did not understand why her doctors took her off.

But Coleman said the suffering and agony was still there.

“They tried to give me antidepressants or tell me it was all in my head or that there was nothing wrong, but there was," Coleman said.

One day, she finally found hope.

Hope in the form of a tiny pellet. A pellet—full of testosterone.

Coleman says a couple of years ago she was seeing Dr. Lubna Elahi at Revivify Medical Spa in Beaumont.

“I came in here for other things, you know personal body stuff. Losing weight and things like that," Coleman said.

That's when she was introduced to a plant-based hormone called BioTe testosterone pellets.

Since she had always been told by her doctors she can't take hormones, she decided to get a second opinion from another oncologist and was given the green light.

“Okay, we will give it a try because I have tried everything else and it wasn’t working," Coleman said.

Elahi has been performing the procedure called 'pelleting' for about three years. Both men and women see Dr. Elahi for the hormone therapy. It's becoming more common.

“Those hormones are compressed in these tiny pellets," Elahi said. "We are going to inject them in the fatty area of your buttocks."

Dr. Elahi says while testosterone is a hormone that's associated with men—it's critical for the female anatomy.

“Normally in women we think about estrogen and progesterone and we never take testosterone into account how important it is for a female body to function as well," Elahi said.

So is this right for you?

There are labs and blood work to help doctors figure that out—the data from the labs is used to determine the exact dosage of testosterone and how many pellets you need.

“We always do a post lab in a certain amount of time for men and women to see how high they went up and to keep them within the limit. And also watching how they are feeling," Elahi said.

But as with any medical treatment—there are side effects. Elahi said patients may experience water retention, headaches, queasiness and acne breakouts.

Side effects for women include possible hair growth on the face, and in men it can cause low sperm count.

But for Coleman, it was not only worth it, but it was life-changing.

“There is just no way to explain it. It’s like life and death, it’s night and day. It’s that much different for me and I hope it works that way for other people too,” Coleman said.

Dr. Elahi says women who are pelleted will need to get it done every three to four months. For men, it should be done about every five months.

Unfortunately, the procedure is not covered by insurance.

According to Dr. Elahi, women begin losing testosterone as early as 20 years old. For men it starts at age 30.

Teen suspended for dreadlocks arrives at Oscars with cast of 'Hair Love;' gets mentioned when film wins