Hospitals around Texas getting first shipments of COVID-19 vaccine

Two Amarillo hospitals are among the 109 in Texas that are getting the first round of the COVID-19 vaccine for their staff. 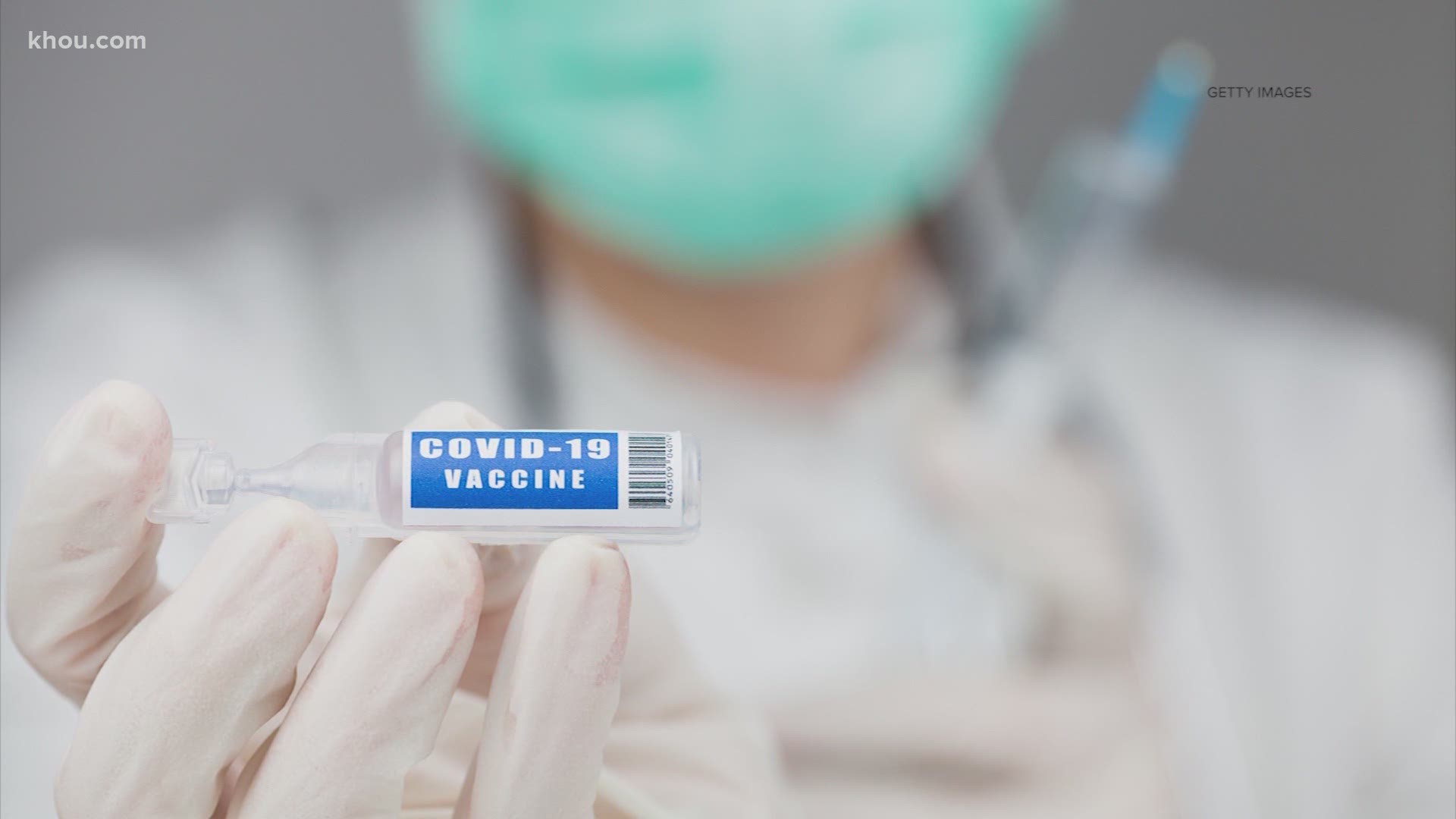 HOUSTON — Hospitals across Texas are getting ready to administer the first doses of Pfizer’s COVID-19 vaccine. Vaccinations of medical staff are expected to start as early as Monday.

RELATED: MD Anderson will be among first four hospitals in Texas to receive COVID-19 vaccine on Monday

Milton is the Public Health Authority for Amarillo, Potter and Randall counties. He’s also Texas Tech Physicians Infectious Disease Specialist. He’s been on the front lines of fighting COVID-19 in the Texas Panhandle.

“We've had a rough time up here, especially for the last couple of months,” he said. “Our hospitalization rates have been some of the highest, if not the highest in the state. We are running over capacity and have been doing so for weeks.”

Two Amarillo hospitals are among the 109 in Texas that are getting the first round of the COVID-19 vaccine for their staff. The initial supply is limited.

“It gets dispensed out first to those individuals who need it most,” Milton said. “And those lists have been compiled first by the hospitals. And there will be hundreds, I would think, at each.”

UMC Health System in Lubbock is receiving 1,950 doses, that’s the capacity of its freezer, according to Communications Director Eric Finley. The Pfizer vaccine must be stored at -94 degrees Fahrenheit.

Some rural Texas hospitals, not on the list for Texas’ first round of COVID-19 vaccine distribution, bought freezers and dry ice in anticipation of the vaccine allotment.

Some hospitals included in the first distribution won’t be able to vaccinate everyone in this first round.

UMC Health System in Lubbock has about 4,000 employees. To distribute the initial 1,950 doses, Finley said they prioritized front line staff and those in patient-facing positions. The vaccine requires two doses. Finley said they’d been assured by the government that they will get the second dose when it’s due at the 28-day mark.

There is much to consider when it comes to the COVID-19 vaccine. Finley said UMC Health System is working on developing a process for employees who may develop side effects from the vaccine. It’s been reported that vaccine recipients may experience COVID-like symptoms. Finley said the hospital will have to consider what to do if the vaccine recipients test positive for COVID-19. Finley said he expected this to become an issue industry-wide and that the hospital was seeking guidance on this from the state.

In Amarillo, while Milton is ready, he says not everyone in the community shares his enthusiasm.

Milton and other scientists believe the vaccine is one step toward what we used to call “normal.”

“It's going to get better,” he said. “And I would encourage everybody to get the vaccine. I think it is going to be a game-changer and then we're going to start seeing our rates go way down and life is going to go on.”

Epidemiologists warn that once we get the vaccine, it won’t be time to “rip off the mask” immediately, as one recently put it. Much is still unknown, including how long the vaccine protection lasts. Researchers found the vaccine does protect its recipient, it is expected to lower hospitalizations and deaths.