29-year-old Colombian National Juan Carlos Vasquez Rojas has been arrested and booked into the Chambers County Jail for murder. 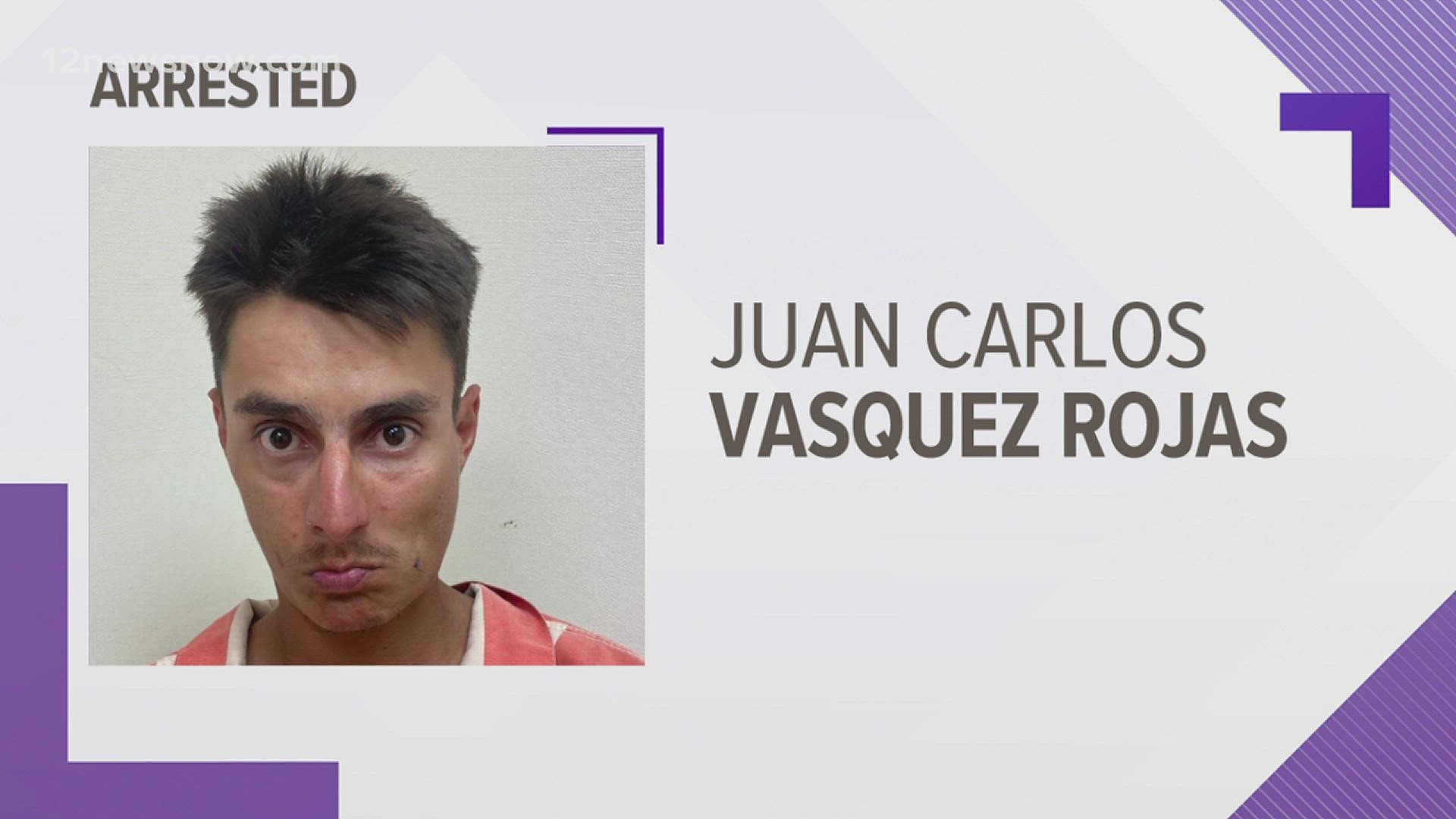 BEAUMONT, Texas — Detectives with the Chambers County Sheriff's Office are releasing more details about a homicide suspect who's accused of killing his co-worker in a brutal machete attack at a shipyard.

Deputies were sent to Oak Island Tuesday around 8:45 a.m. for a reported aggravated assault and possible homicide, according to a Facebook post from the Chambers County Sheriff's Office. Oak Island is located south of Anahuac on Trinity Bay.

Witnesses gave a description of the suspect to police and followed him down a few roads before he hid inside nearby bushes, according to Chambers County Sheriff Brian Hawthorne.

The man later hopped out of the bushes and flagged down a vehicle passing along the road. Witnesses told police what kind of car the suspect got into, which helped sheriff's deputies make a felony traffic stop and take him into custody.

The sheriff's office has identified 29-year-old Colombian National Juan Carlos Vasquez Rojas as the homicide suspect. He has been arrested and booked into the Chambers County Jail for the offense of murder, according to a Chambers County news release. Rojas was in the U.S. on a work visa and spent a lot of time in Port Lavaca, Texas, Hawthorne said.

Around 4 p.m., the sheriff's office confirmed the brutal attack is being investigated as a homicide.

"The injuries no doubt were from a sharp object, a machete," Hawthorne said. "[There are] a lot of defensive wounds. It's obvious that the victim tried to defend himself but he could not overcome the power of the machete and ultimately, we feel quite sure that after the autopsy, the cause of death, will be cutting of a machete in multiple places of his body."

Detectives with the Chambers County Sheriff’s Office have identified the victim, but will not release his name until notification of next of kin has been made. Hawthorne confirmed the victim is a 57-year-old man who does not live in the Houston area.

The victim and Rojas were working together for about a week. "There was obviously some type of argument that turned extremely violent," Hawthorne said.

Detectives said they don't think this was a surprise attack.

"We feel like the victim knew that [Rojas] was coming to him with the machete, but by no means do I think he started his day of work...we don't believe that he came to work thinking he was going to be attacked and killed with a machete," Hawthorne said.

The two worked at a shipyard named Magellan Dredging near Houston, according to Hawthorne.

An updated news release from the Chambers County Sheriff's Office...

The Chambers County Sheriff’s Office has confirmed that this morning’s brutal attack in Oak Island has been ruled a homicide.

Chambers County Sheriff’s Office Detectives have identified the victim and notification of next of kin is being made.

Juan Carlos Vasquez Rojas, a 29 year old Colombian national has been arrested and booked into the Chambers County Jail for the offense of murder.

Chambers County Sheriff Brian Hawthorne will be live on Facebook at 4:30 p.m. to discuss the events.

The suspect attempted to flee the scene, was located northbound on FM 563, and was taken in to custody by Chambers County Sheriff’s Office deputies at approximately 9:00 a.m.

Further information will be provided as it becomes available. 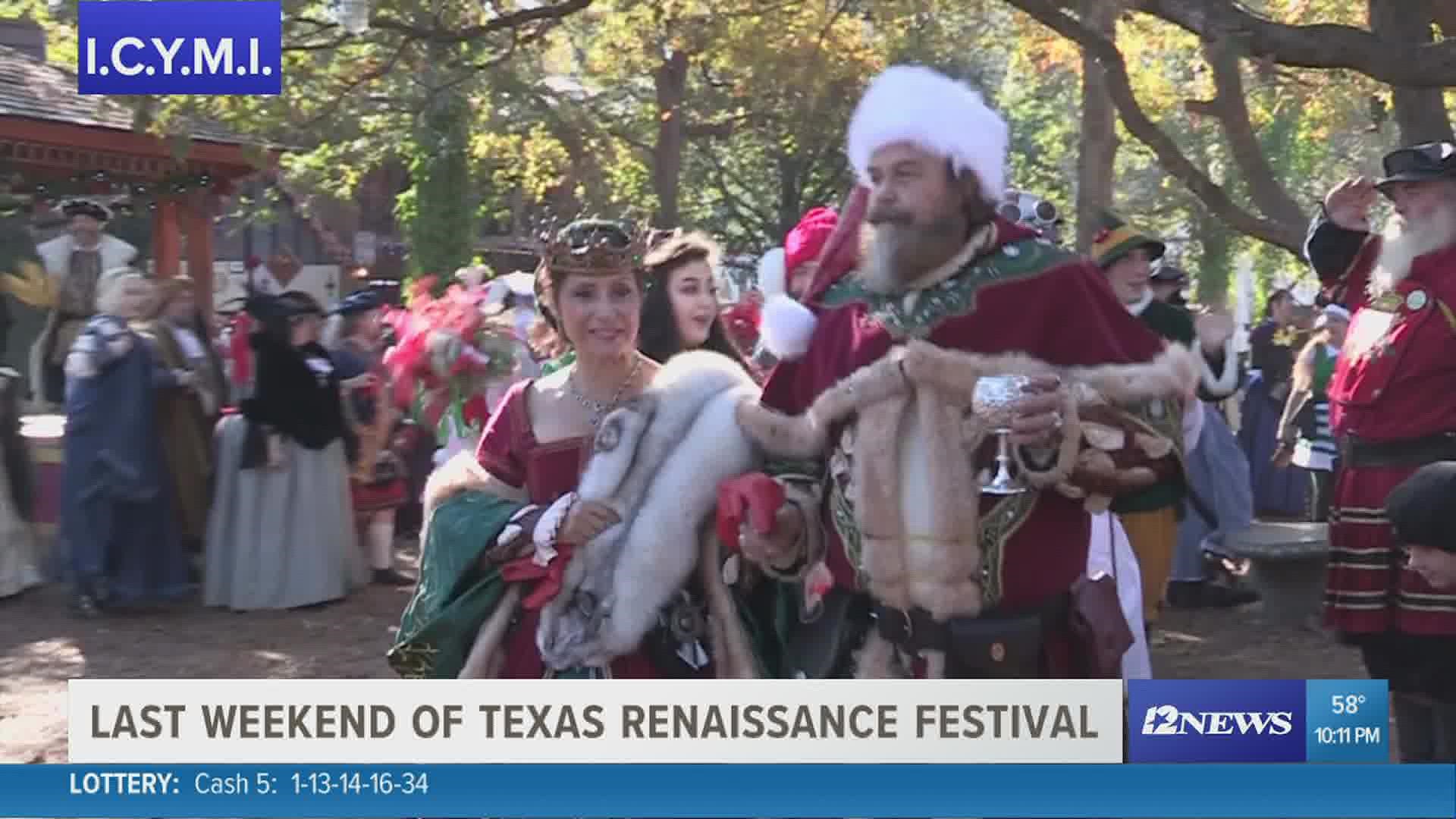