Now the accused killer sits in an Ohio jail cell thanks in part to at-home DNA test kits and a public DNA database. 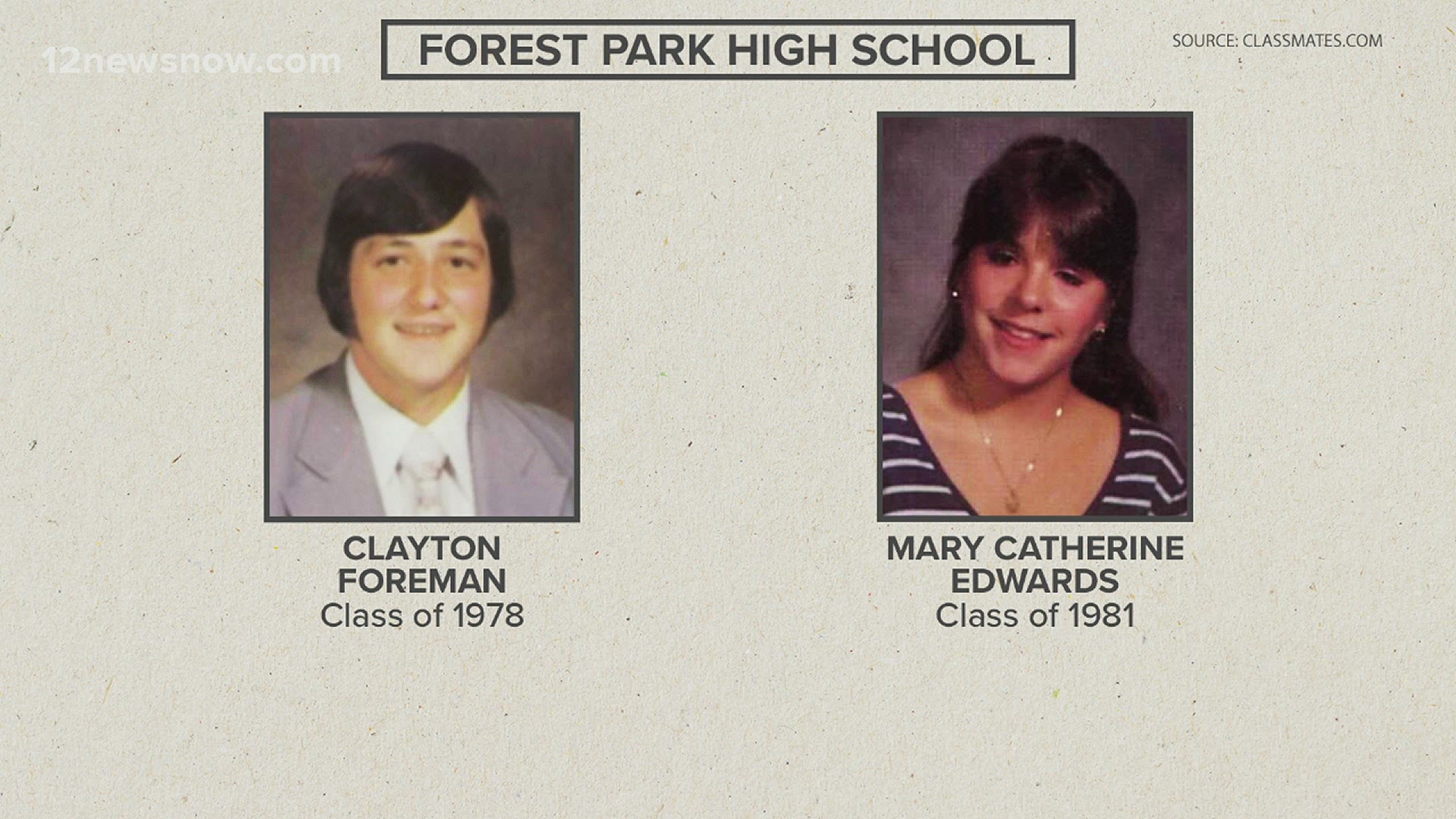 BEAUMONT, Texas — Nearly three decades later, DNA from the crime scene and genetic genealogy are what investigators relied on to crack open the case in the brutal murder of a Beaumont teacher.

Twenty six years after the chilling murder the accused killer sits in an Ohio jail cell thanks in part to at-home DNA test kits and a public DNA database.

The two were high school classmates in Beaumont with Foreman graduating in 1978 and Edwards in 1981.

Investigators have assumed all along that she knew her killer because there was no sign of a break-in at her west end townhome.

“She was a bridesmaid in his wedding. Oh, so he knew her,” Wortham told 12News Tuesday morning.

Genetic genealogy may not be a phrase that many are aware of but, as one expert tells 12News, it's a game-changer.

Prosecutors say DNA taken from Edwards' body was added to the database last year and investigators started comparing it to other DNA samples online.

"This is a game-changer. We have seen so many cold-cases solved over the last three years using investigation genealogy,” says CeCe Moore chief of genetic technology at Parabon NanoLabs.

Moore did not work on Edwards’ case, but has partnered with law enforcement agencies across the country and helped them to solve dozens of cases using genetic genealogy.

"There's no reason for there to be serial killers or serial rapists anymore because we should be able to identify much more quickly and have these cases never go cold in the first place,” Moore says.

Investigators say, initially, they found two distant cousins of the then unknown suspect and they started making a family tree.

More than 30 distant relatives voluntarily submitted DNA to investigators and they were able to zero in on the suspect’s parents according to a probable cause affidavit.

They identified Foreman and his younger brother and knew the suspect would be one of them because the DNA evidence matched both their mother and father.

That case bore similarities to Edward’s case so investigators zeroed in on Foreman.

They then took DNA samples from his trashcan outside of his Ohio house and matched them with the DNA at the 1995 crime scene.

"Twenty six years ago we couldn't do with DNA what we can today, it wasn't possible. The preservation of the DNA is what made this a successful investigation and allowed us to catch the real person that did it,” said Jefferson County District Attorney Bob Wortham.

While there are several DNA companies, Moore says law enforcement is only permitted to use Family Tree DNA and GEDMatch.  At this point detectives have enough data to link back to suspects she says.

"So we are limited to just the profiles in these two databases but we're still able to identify many, many people just from that small number that are in the databases. So if you have a second or third cousin more even more distant that could lead to helping to identify you,” Moore said.

Moore notes that DNA also plays a key role in clearing individuals accused of a crime.

Foreman has been charged with capital murder and will soon be brought back to Jefferson County to face those charges. The district attorney credits the collaborative effort between different agencies to pull off an arrest in this case.