The only casualty that occurred during the drive-by shooting involved a cat at the edge of the roadway near the home. 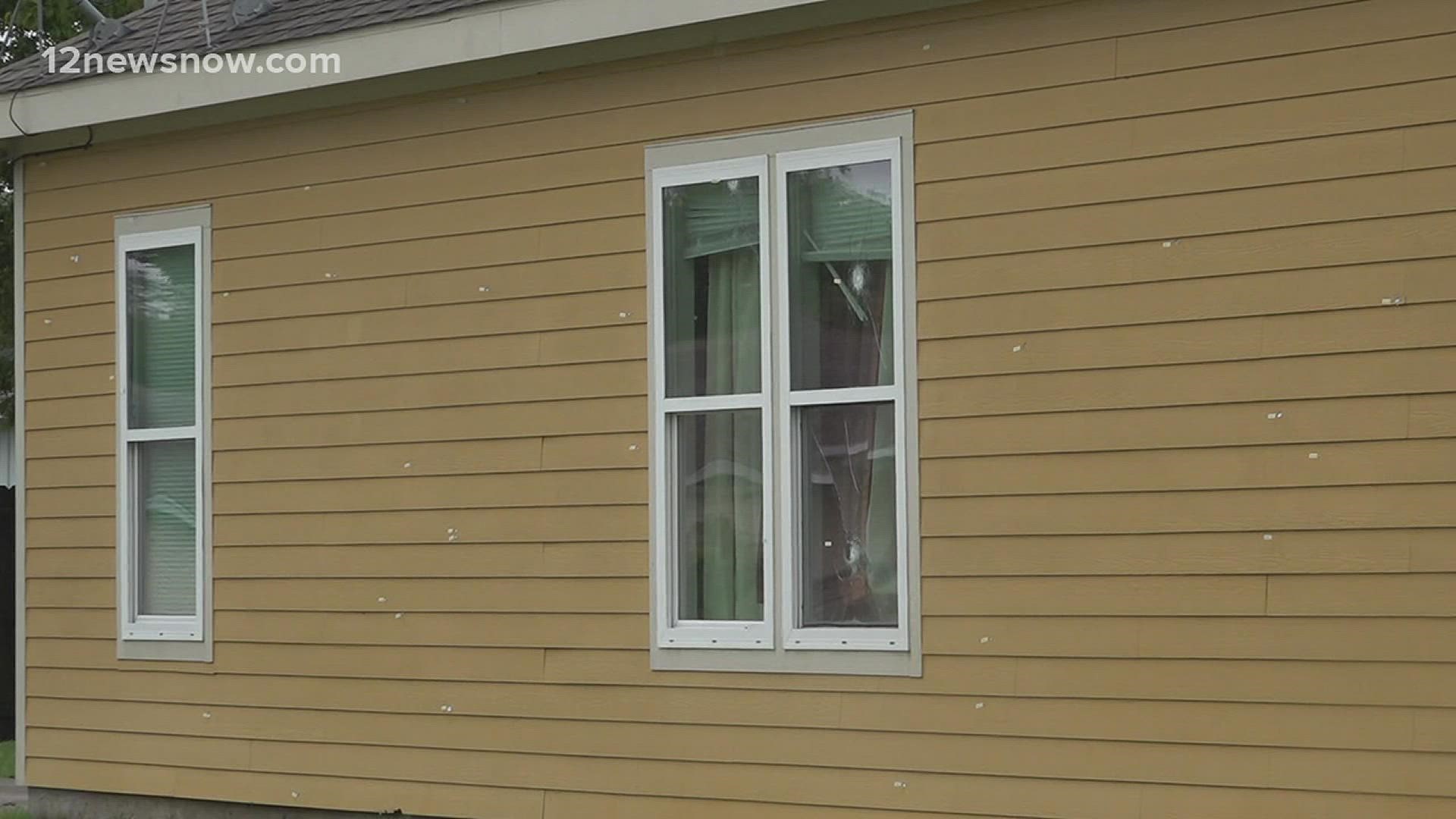 BEAUMONT, Texas — Detectives are investigating a drive-by shooting that sent 40 bullets flying into a Port Arthur home, according to Detective Mike Hebert with the Port Arthur Police Department.

The drive-by shooting happened just before midnight Friday, Sept 10, in the 1000 block of 15th Street.

A woman, who was renting the home, was inside when the house was struck at least 40 times, Hebert said.

She was the only person home at the time of the shooting, but police said they don't believe the woman was targeted.

She was not hurt. The woman frequently had her grandchildren stay with her, but they were not with her that night, Hebert said.

The only casualty that occurred during the drive-by shooting involved a cat at the edge of the roadway near the home. Hebert said it appears the cat was shot and killed intentionally.

The woman was not the owner of the cat.