The phenomenon is a swirling motion of water in the ocean that can bring up nutrients from colder, deeper waters helping cause the amazing display. 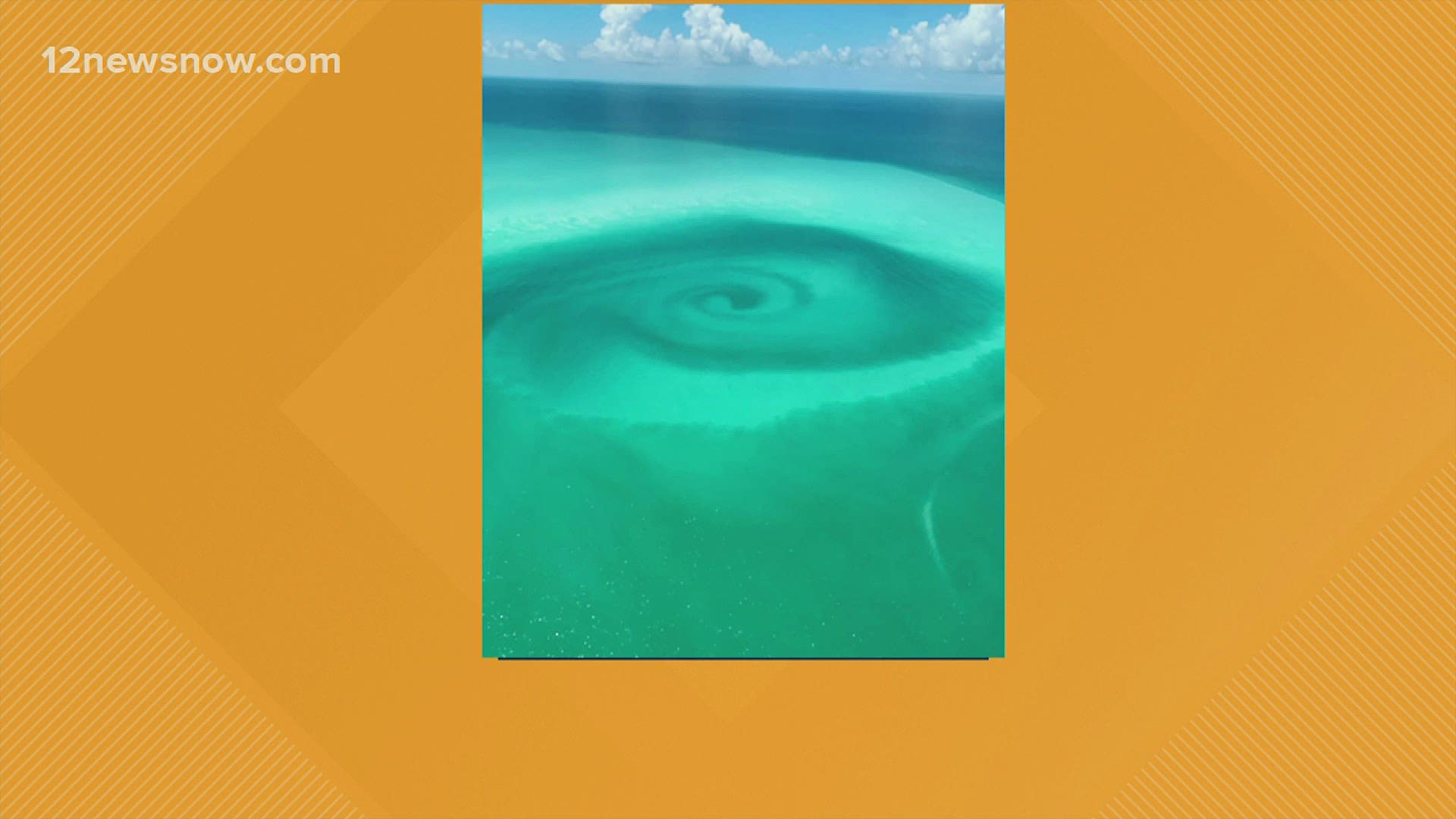 BEAUMONT, Texas — After a storm, there’s usually a rainbow. But, when Hurricane Laura recently moved through the Gulf of Mexico, a beautiful ‘eddy’ was left behind in Key West, Florida.

An ‘eddy’ is a circular current of water, according to the National Oceanic and Atmospheric Administration (NOAA).

Sometimes, these currents can pinch off sections of the ocean and create circular currents of water called an eddy.

This picture was taken by Jacob Emerick on August 27. He was flying over Key West Florida when he saw the eddy. “..The colors were out of this world,” Emerick said.

The swirling motion of eddies in the ocean cause nutrients that are normally found in colder, deeper waters, according to the NOAA. The waters come to the surface and create a beautiful display.

The NOAA says people don’t have to be that high in the sky to see the circular currents.

“You may have seen an eddy if you've ever gone canoeing and you see a small whirlpool of water while you paddle through the water,” the administration says.

Similar to a hurricane, significant eddies are given names. The staff at an U.S. oceanic company called Horizon Marine assigns names to each eddy as they occur, according to the NOAA.