Newton, Orange counties still have a tornado watch in place until 9 p.m.

BEAUMONT, Texas — Wind advisories are still in place after the NWS Storm Prediction Center called for an enhanced risk of severe thunderstorms on Thursday for parts of Southeast Texas.

A wind advisory is in place until 9 p.m. for most of the region.

Rainfall totals varied greatly across the area on Thursday, with more than 6 inches in some areas. Some spots near Orange only got about .2 inches of rain.

Thursday Night: The strongest storms should be out of Southeast Texas around 6-7 p.m.

A Tornado Watch is officially in effect for Orange and Newton Counties until 9 p.m.

Friday: It will be a very cold and blustery New Year's Day across SETX. Expect mostly cloudy conditions, then gradual sunny conditions with a high near 58 degrees. West winds of 5 to 10 mph are possible.

Scattered showers will end over SE Texas this evening as chilly temperatures move into the area. New Year's Day and this weekend look chilly and dry. Temps will moderate early next week due to south winds as dry weather persists.https://t.co/dE7HWlZE8Y #12NewsNowWeather pic.twitter.com/bJg2bIkd3H 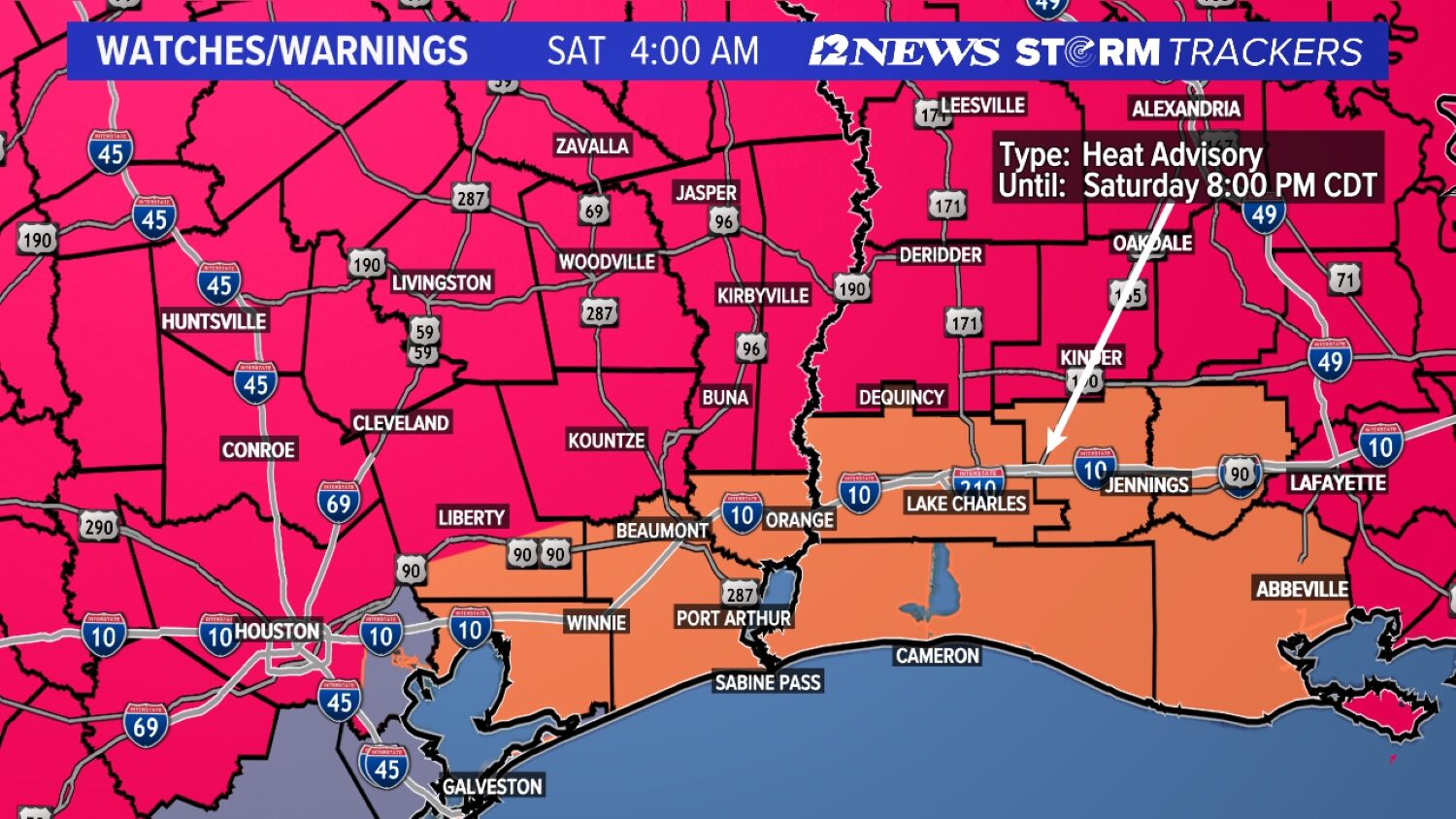