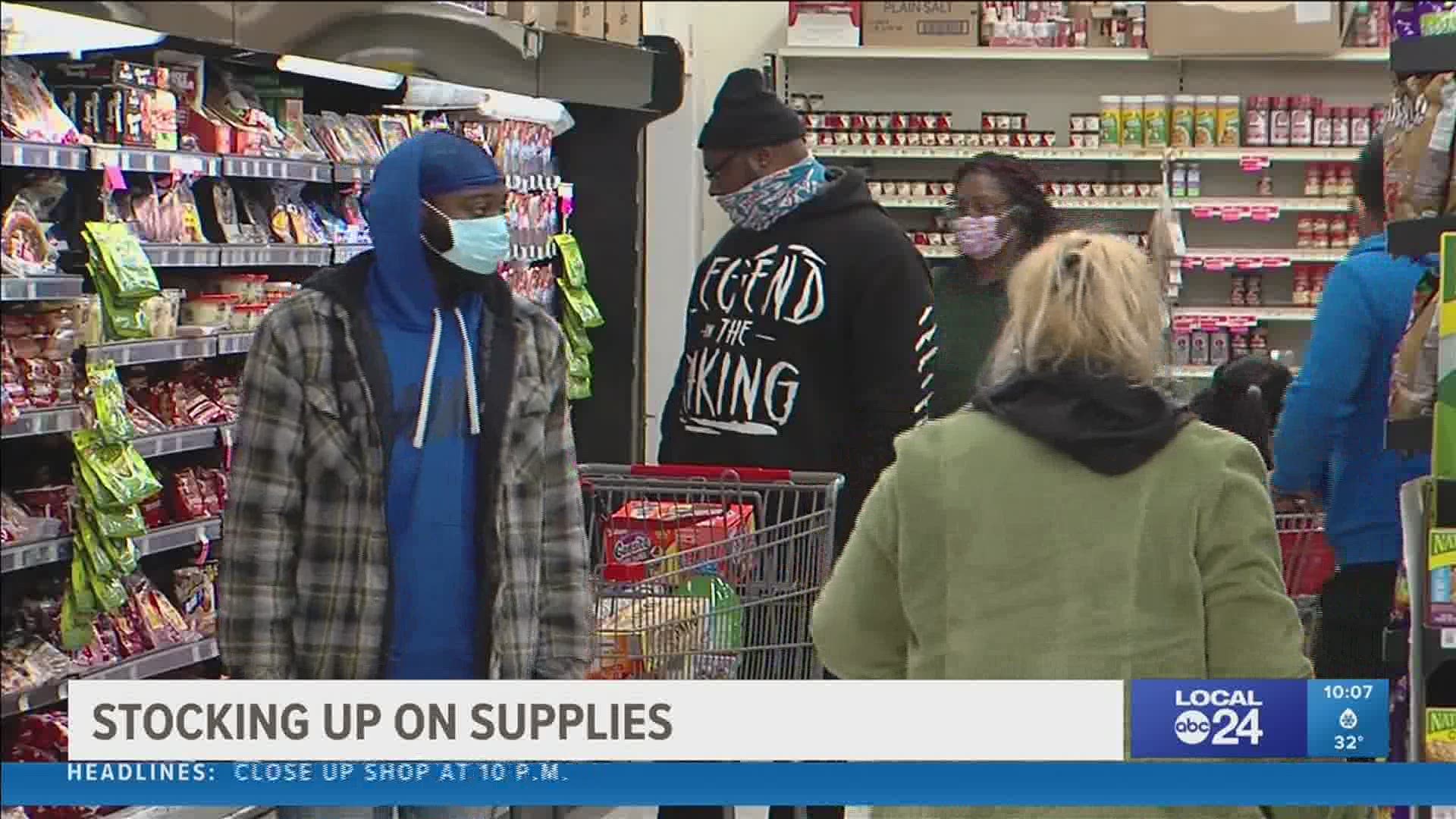 MEMPHIS, Tennessee — As you might have guessed, grocery stores are busy as many people are getting those last essential items ahead of freezing rain Wednesday night and early Thursday morning.

What started off as a normal business day at Stepherson’s Superlo turned into an ‘all hands on deck’ situation. When people heard ‘ice,’ they came to stock up. It’s just a three letter word, but it packs a punch: ice.

“The big thing is everybody is scared of ice,” said Stepherson’s Superlo Manager Candice Perez.

With freezing rain in the forecast, consumers raced to the stores to get those essential items in case they’re stuck at home or without power.

“Oh my goodness! It’s crazy. Everybody and their mama is in here. Of course, socially distancing. That’s number one,” Perez said.

She called in additional workers inside.

“Whenever the news crew and they tell you, ‘Hey, there’s a possibility.’ You always want to add that extra help just to be on the safe side,” said Perez.

That was a good call, because the first wave of shoppers strolled in midway through the afternoon.

“Just trying to get up on some things just in case the weather gets as bad as they predicted,” shopper Caroline Britton said.

Shoppers stocked up on things such as bread, canned goods, water, and snacks.

“I really came to get a few meats, some vegetables, just the essentials, milk,” shopper Shelia Berry explained.

Aside from groceries, there’s another item in demand: firewood. thinking back to the ice storm of 94’, people want to be prepared this time.

“I remember we were stuck inside, and we didn’t have any power for several, several days,” remembered Perez.

Groceries aren’t the only way to get prepared. If you have a vehicle, make sure you have at least a half tank of gas at all times. Pack a blanket, flashlight, snacks, water, and a glass scraper in your car in case of an emergency.

If you have to drive, take your time. Go slowly and leave enough space between you and other vehicles on the road.

All you have to say is ICE. Folks rushed to grocery stores to pick up essential items before the freezing rain. pic.twitter.com/2tPhiWGUhj