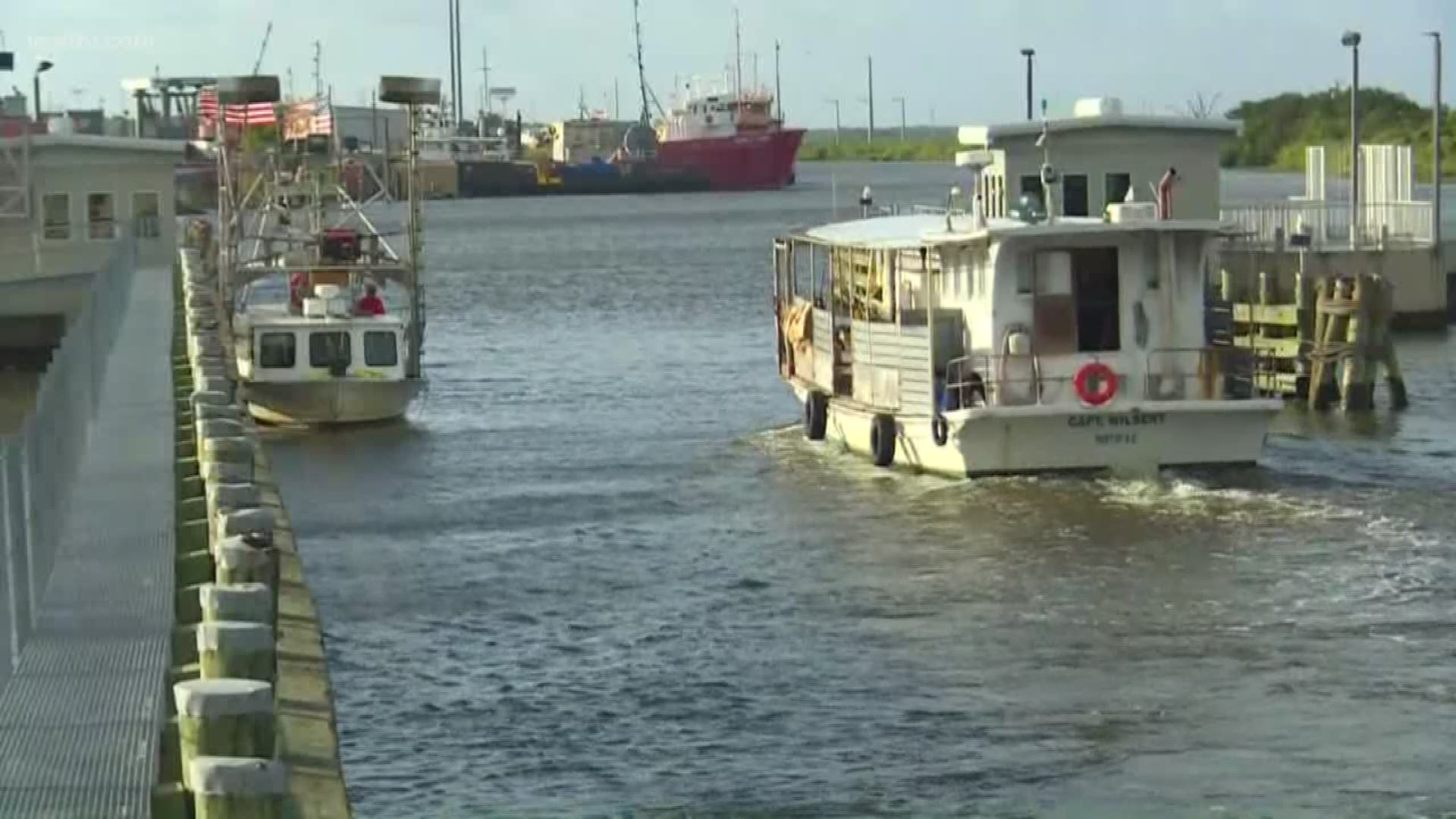 Nick Collins and his pup spent Thursday evening bringing his oyster boat inside of the Leon Theriot Flood Gate, a routine he’s no stranger to.

“I’ve been in Golden Meadow all of my life, from the day I was born,” Collins said.

Living so close to Bayou LaFourche, he knows the dangers storms like Tropical Storm Barry create.

“The worst I’ve had to deal with, and I was a kid, was Hurricane Juan. Juan was a flood. Juan flooded, all inside of here,” Collins said.

Collins admits, bringing in his Oyster boat into harbor is time consuming and costly.

“It’s hard. You know, everything costs. Fuel labor. Food. You know. Everything used to go get your product. But, we got to do it. It’s what we do,” Collins said.

Lafourche Parish officials have issued a mandatory evacuation below the Leon Theriot Lock in Golden Meadow for 6:00 a.m. Friday, July 12, for the area below the lock. With that, GLPC anticipates moving to GLPC Storm Phase IV: Mandatory Evacuation for Port Fourchon at that time.

“We always take it seriously. Whether it’s a tropical storm or a Category 5. We prepare the worst, because you never know what mother nature is gonna bring you,” Mayor Joey Bouziga said.

Especially for those living south of the Lock, since they have no levee protection.

“You probably got several thousands of people who work below the flood gates in Port Fouchon. We don’t want our people to get stuck down there. Especially if there’s an emergency, nobody can go out there you know,” Mayor Bouziga said.

As a rainbow appears between the clouds, Collins steers his boat forward, hoping his friends and neighbors heed the Mayor’s warning.

“It’s just with the levee system, why take that chance? You know, anything can happen out there. High water. Winds. Flying debris. You never know,” Collins said.